One of my DNA matches reminded me of my brother, so of course I had to introduce them. “Mr Tie Dye, meet your cousin, Uncle Mud….” Kin AND kindred spirits! 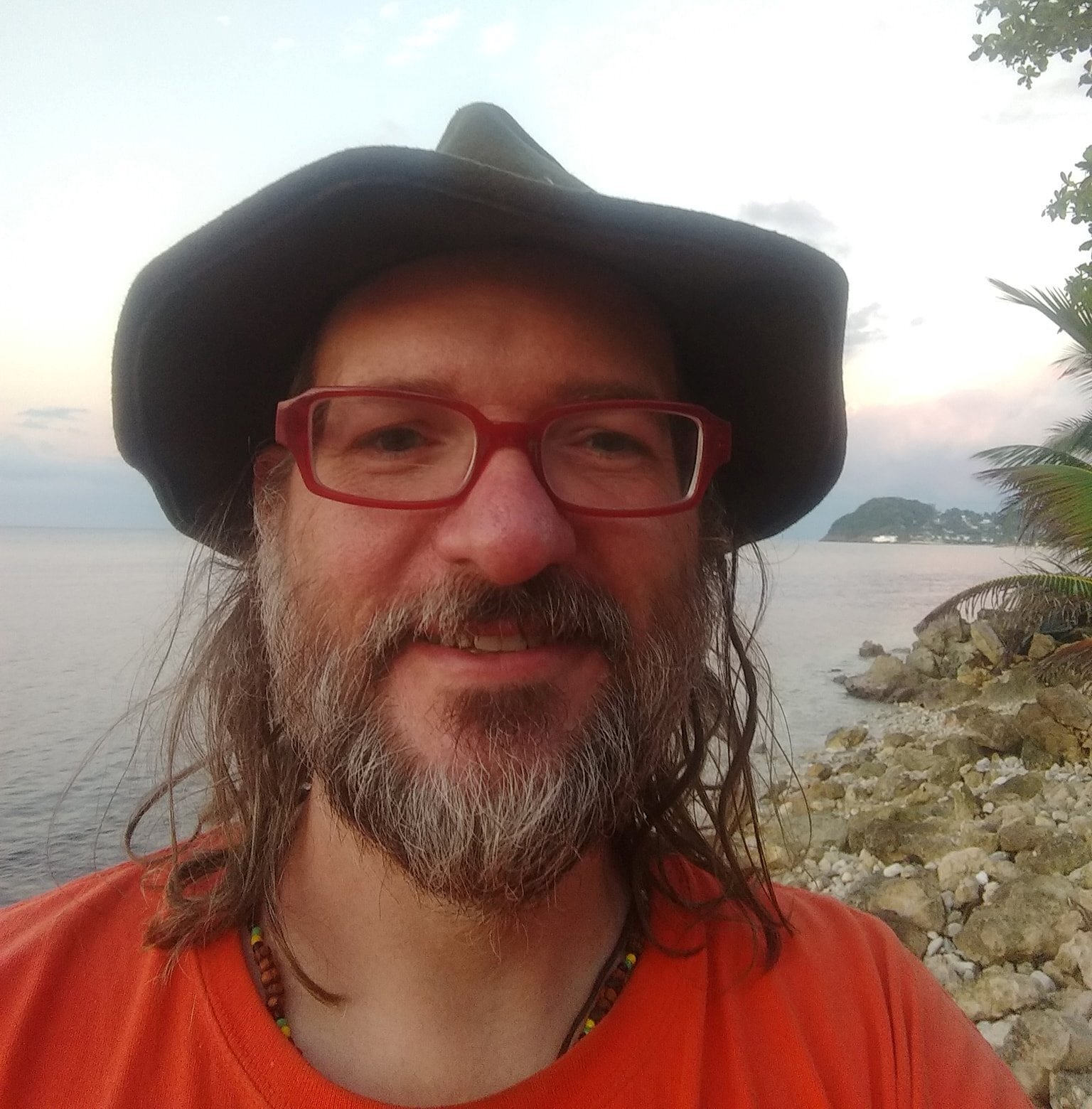 I think my big brother Chris has always felt a little odd-man-out in our fairly conservative family. He’s a free spirit: someone who would have loved living in the 60s. He wore tie-dye to his senior prom. And his wedding. He is known professionally as “Uncle Mud:” a natural building expert who teaches people how to build sustainable, lovely, earth-friendly homes (and pizza ovens).

So when I saw a previously-unknown 2nd cousin match in my DNA test results—bearded and tie-dyed—I immediately thought of Chris. Could this be a kindred spirit for my lone-hippie-in-the-family brother? 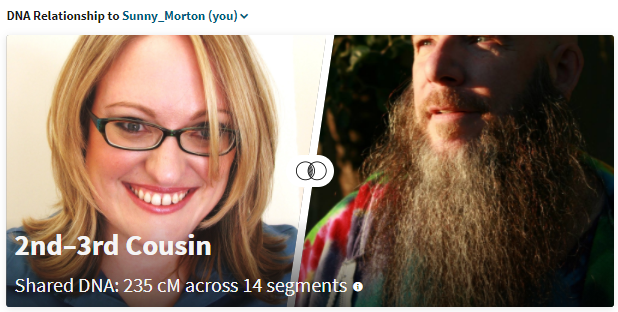 Connecting with a DNA Match

Before contacting this DNA match, I wanted to learn a little more about him. His username, Carl McClellan, looked like a real name, and it’s not super common, so I Googled him. I filtered the results to images. And look what I found! 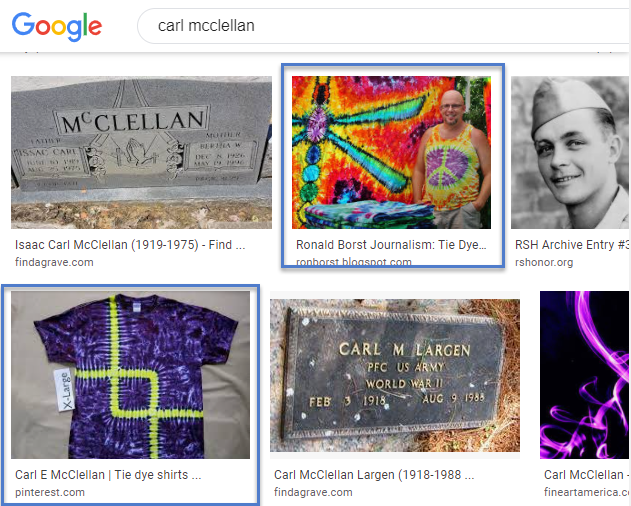 A little more research revealed cousin Carl has a fun moniker, too: Mr. Tie Dye! What a perfect cousin match for my brother! Now I knew they needed to meet. They weren’t “just” kin—they were kindred spirits, too

Following tips from Diahan on how to open a conversation with a DNA match, I reached out to Carl. He responded quickly—and admitted he also “stepped outside the box” culturally within his own family.

With their mutual permission, I introduced Chris and Carl. As it turns out, they were both scheduled to attend the same upcoming event in Oregon. Instead of the quick hello they planned, they ended up spending the entire weekend together: 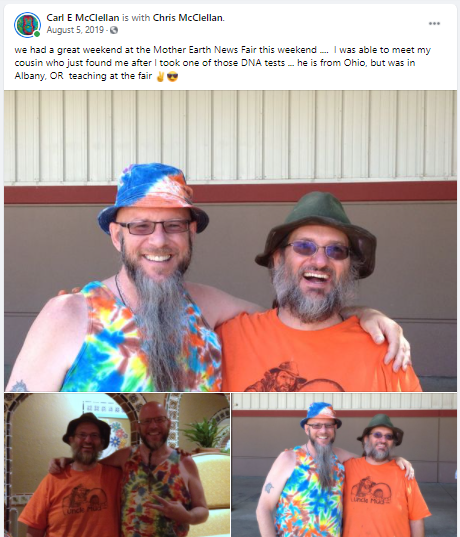 Here’s a sample of the many comments they got from their fans, friends, and relatives: 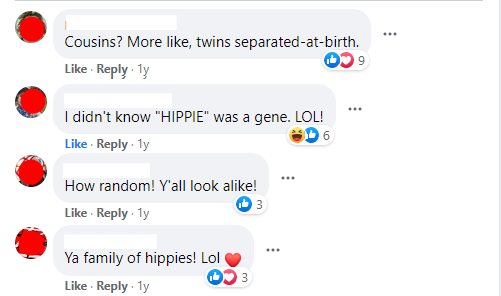 In the comments, McClellan relatives on both sides of the family introduced themselves to each other, too, deepening the connection.

My brother Chris is more interested in the Grateful Dead than dead relatives. But he loves family—and was especially pleased to meet a relative so like him. And I love knowing that our wider family identity now includes more people who are like my big brother Chris.

You can DIY DNA!

Isn’t it fun to see what can come out of a connection with an unknown match? Learn our tips for contacting your DNA matches with our free guide. You never know, there may be a tie-dye loving free spirit in your family too!

Get my free guide to contacting DNA matches

Thanks to Carl and Chris for permission to share this story.