Here’s how DNA testing helped Paul Dodds discover the identity of his biological father, who was a WWII U.S serviceman stationed in Wales. His journey to his birth roots required Y DNA and autosomal DNA testing, old-fashioned genealogical research, patience and determination. 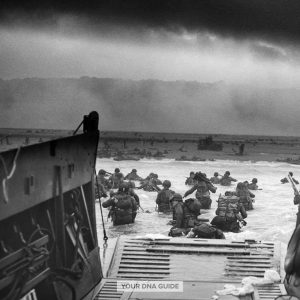 As a young man, Paul Dodds was separated from his father through divorce and emigration. Paul followed him halfway across the world to Canada. Twenty-five years later, Paul learned that he had a different biological father. The search to reclaim this father took him to yet another country—and a new family connection.

A story about Paul, reported in the Vancouver Sun, tells that as an older adult he discovered he was the child of an American serviceman stationed in Wales during World War II. But his mother couldn’t or wouldn’t identify the man. Even researching the details of a photo she had secreted away didn’t help.

Eventually Paul turned to DNA testing. For any male adoptee seeking his father, the YDNA test is a logical route to take, and is where Paul turned first (probably because other kinds of tests weren’t yet available—but still, it was a good choice!). The Y DNA provides an undiluted record of a direct paternal line. This can often help adoptees identify a surname for their paternal line. However, Paul did not have the success he was hoping for with Y-DNA testing.

He then turned to autosomal DNA testing. This kind of test traces both your paternal and maternal lines and reports back to you matches in the database that have predicted relationships like, “2nd-4th cousins” or “3rd-5th cousins” and then you are left to decipher who your common ancestor might be.

With the help of his newfound cousin and the traditional genealogical records available about servicemen serving in his birthplace of Cardiff at the end of World War II, Paul was able to form a convincing hypothesis about the identity of his biological father. He reached out to a potential half-sibling who agreed to conduct a DNA test to explore this option.

She was a match. Paul had found his biological family.

The journey to his father’s birth family took so much time, patience and diligence. Paul had to keep trying something new. And sometimes it takes additional time to establish relationships with newfound relatives (assuming this is a goal for both parties). But Paul described an immediate bond and during his first meeting with his newly-found half-sister: “I was out to see her just four weeks ago and I was just over the moon.” 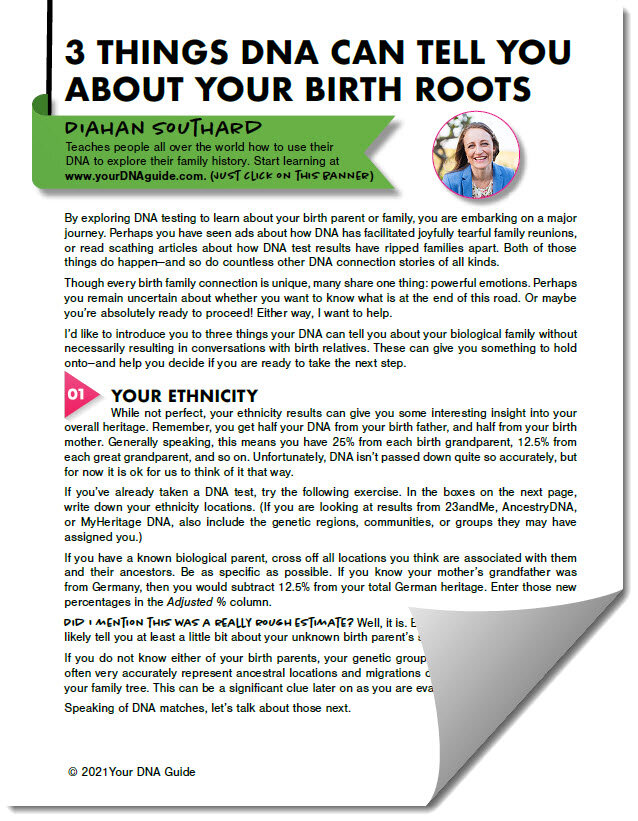 Discovering unknown parentage using DNA: Start with what your DNA alone can tell you

Are you looking for a biological mother, a birth father, or both? Get our free guide to what your DNA can tell you about your birth roots before you even have contact with any biological relatives. These tips offer meaningful ways to start exploring your birth roots.

An earlier version of this article was originally published at www.genealogygems.com.