When trying to find a birth father, you should know the difference between a paternity test and a DNA test like AncestryDNA or 23andMe. Here’s what you need to know if you’re asking, “Who’s my biological father?” 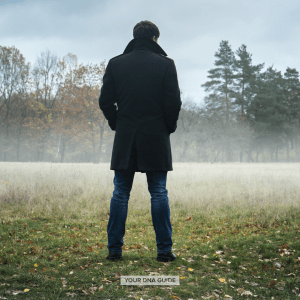 When searching for a birth father, you want to use all available tools at hand. This includes DNA testing. But what’s the difference between a paternity test and a consumer DNA test for family history, like from 23andMe, AncestryDNA, MyHeritage, etc)? They are different tests, and you may choose to pursue one over another, depending on your situation.

This article doesn’t constitute legal advice. It’s just meant to give you some general background.

How Does a Paternity Test Identify a Birth Father? 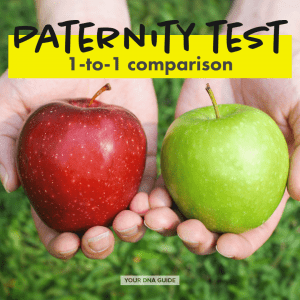 A paternity test is a one-to-one comparison of the DNA of a person with the DNA of a potential father. Its purpose is to ask, “Is this the biological father of that person?”

To take a paternity test, you have to have a presumed father who is alive and willing to test (which, depending on your circumstances, may be ordered by a court).

A paternity test can EXCLUDE a man as a biological father with 99.9% accuracy if it determines that the two people don’t share enough DNA to be that closely related. Is the reverse true, also? Almost, but not precisely. According to paternity test provider Affinity DNA, “When the probability of paternity is 99.99%, this means that the man who has been tested is 99.99% more likely than a random man [from the same ethnic group] to be the biological father of the child.” (1)

Because of increased possibilities for error or fraud with at-home paternity tests, some situations call for a legal, witnessed DNA test. Even with these, there’s a slim chance that a man who isn’t the birth father (but who is closely related to him) may be falsely identified by a paternity test.

If the alleged father is alive and willing to test, it’s best to start with a paternity test. But if he’s not—OR if you take the test with the presumed father and it’s negative—OR if you have no idea who the father may be—then it may be time to turn to consumer DNA testing. 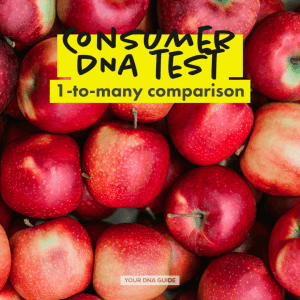 Consumer DNA testing for family history gives you a one-to-many comparison. A person taking a test from AncestryDNA, MyHeritage, 23andMe or other testing companies will receive a list of people who share enough DNA with them that they are likely to be biologically related. Each testing company offers different tools to help you determine HOW you might be related to each of your DNA matches.

If a person’s birth father has tested with the same company, he will show up at the top of a person’s list of matches with a relationship estimate of “father.” (It’s rare but possible, like with paternity testing, that another man who is related but is not the biological father, may show up in this position.)

Most people who are searching for a birth father (especially outside the United States) will NOT necessarily find that he has tested. BUT relatives of a birth father may appear in the match list. This is why, if one-on-one paternity testing isn’t an option for you, consumer DNA testing gives you another option. With additional research, you may be able to identify the birth father’s extended family and perhaps eventually the man himself.

If you’ve already taken a consumer DNA test, how likely is it that you’ll be able to identify a birth parent or sibling now? Our free guide to using DNA for birth roots has a handy table that gives you a good idea, based on how close your current matches are.

As more people take DNA tests over time, your list of DNA matches will grow, and so will the possibility of identifying a birth father, or at least learning more about his extended family. It does take some skill to analyze your DNA match list, and that’s where we come in. Get started with learning more about your family by checking out our free downloadable guide!