What is CODIS and who can use it for forensic genealogy and DNA matching? Here are answers. 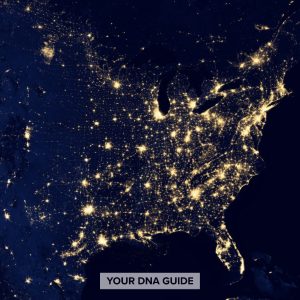 The popular ABC series Genetic Detective is helping popularize the work of genetic genealogy. But just as many watching are probably wondering “What is genealogy?” (I just explained this term to someone myself the other day), you might also be wondering, “What is this DNA database they keep referring to called CODIS? And can it help me with my genealogy?”

CODIS (Combined DNA Index System) was developed in the United States (though other countries have similar databases) as a central location for law enforcement to compare the DNA profiles of individuals who had been convicted of a certain class of crime. The idea was that as the database grew, they would be able to take DNA from a crime scene, and upload it into CODIS to look for a match.

First of all, the CODIS DNA profile consists of 26 tested locations on the DNA. These locations are what we call STRs; short, repeating sections of DNA. This is opposed to our current genetic genealogy testing companies, which test about 700,000 DNA markers called SNPs, which are just single changes in the DNA. So right away, we can see that these two kinds of DNA profiles cannot be compared against each other. More on that later.

The CODIS DNA profiles are excellent at finding an exact match. So if we want to show that the DNA from your toothbrush is the same as the DNA from your coffee mug, CODIS could tell us unequivocally. CODIS is also used very effectively in paternity cases. But other than these cases of direct or parental identity, CODIS cannot reveal very much about relationships. It is not very good at siblings and absolutely useless when it comes to cousins—and genetic genealogy is all about matching with those cousins!

When we are talking crime scene investigations, all CODIS can really do is look for an EXACT match. So the person who committed the crime has to match the same DNA that is already in CODIS (which means that same person must have already committed another crime, which landed them in the database in the first place). Some states do allow investigators to search for parents and children in CODIS, but that is limited.

So, in the end, is CODIS going to be useful in your personal genealogy research? Nope. Even if you did have access to the database, you wouldn’t be able to search farther than a parent/child relationship. 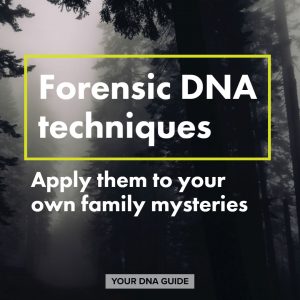 Find out what else your DNA can tell you with our free guide, 3 Things DNA Can Tell You About Your Birth Roots.

Take me to that guide!