In this case study, Y DNA tells a story about an unknown paternal ancestor. Here’s how to use YDNA to help fill in blank spots on your family tree. 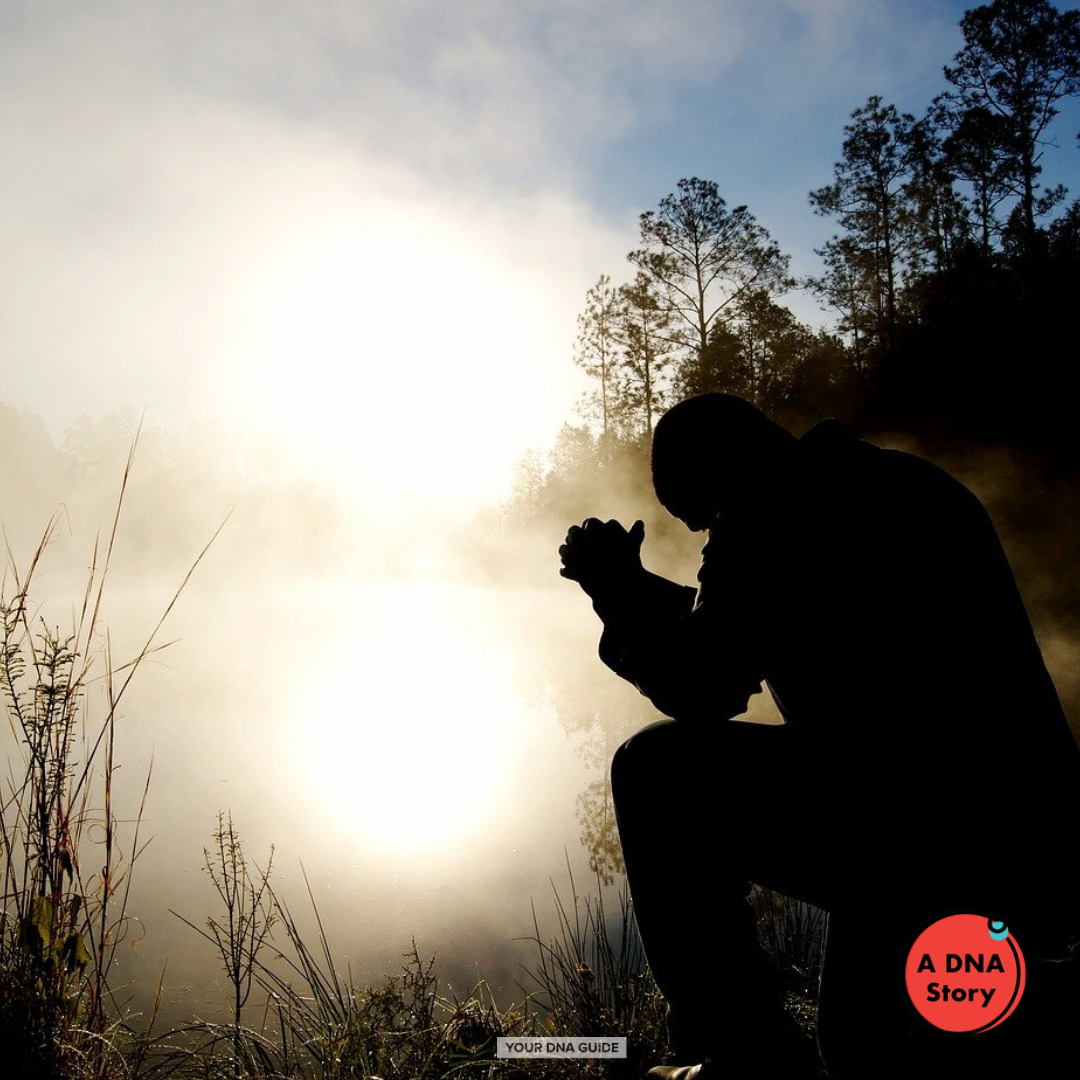 On paper, Charles Long looks like the average member of your pedigree chart. He has a birth date, a birthplace, a spouse, and a few children. Each of these items is documented and verified in the traditional way, via census and probate records, land deeds and family stories.

However, very noticeable, at least to his descendant Sharon, is the vacant space in the generation just above Charles on her family tree: the space that should contain the name of Charles’ father. Thanks to the 1850 Barbour County, Alabama census, the name of Charles’ mother, Margaret Long, has been filled in. She was in her 70’s by then and had moved in with her son. But searching high and low has not produced any information about his father. 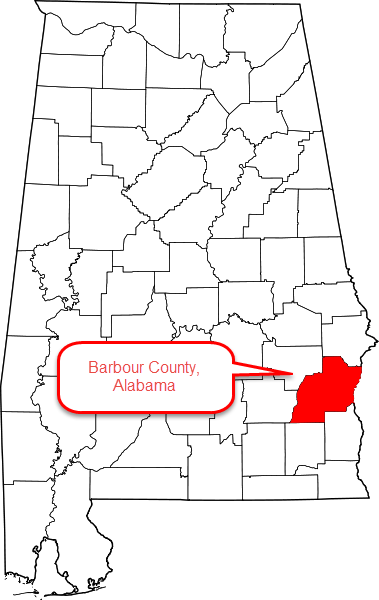 You see, when Charles Long passed away, he not only left his sons 1220 acres of rich Alabama farmland, he also left behind an indelible record of his ancestry, contained in his Y DNA.

Y DNA is directly paternally inherited, meaning that a man passes his Y-DNA to all genetic male descendants, who then pass it on to the next generation. That means that the Y DNA of Charles Long’s descendants is the same YDNA that is shared by Charles’ father- the guy currently occupying the blank space in Sharon’s pedigree chart.

Since Sharon does not have Y DNA herself, in the fall of 2014 she asked her dad to have his Y DNA tested at Family Tree DNA. Her dad is the great-grandson of Charles Long.

The results at Family Tree DNA are two-fold. Most valuable is the list of matches of other individuals who share your Y DNA profile. A shared profile, within three differences, indicates that there is a good chance that you can find a recent common paternal ancestor with your match. The second part is a bonus prize: a Y DNA haplogroup, or deep ancestral group, which for now simply tells us that Charles Long was likely from western Europe. That’s nice and all, but we want to know about a couple hundred years ago, not tens of thousands of years ago!

So we turn to the match list. The first thing we find is a Y DNA match whose genealogy says he’s another descendant of Charles Long and a second cousin to Sharon’s dad. 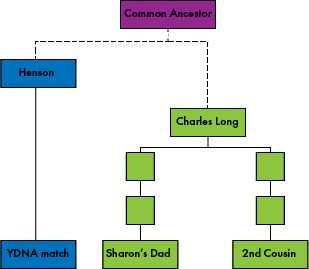 In addition, Sharon’s dad and his cousin are closely matching three other individuals: two Hensons and a Griffin.

While nothing is posted online about the Griffin family, the Hensons have ancestry in southern North Carolina, the same area where Charles Long was born. Now we have shared genetics and a shared location. These two pieces of evidence are working together to indicate that there is a genealogical connection between Sharon’s Charles Long, and these Henson ancestors.

There is still genealogy work to be done, but now Sharon has a family and a location in which to begin, thanks to her dad’s Y DNA.

Learn more about YDNA in our free Why the YDNA Mini-Course. Learn the many ways YDNA might help you answer your questions about your family history. The Mini-Course is an excerpt from our YDNA for Genealogy Course, which takes you deeper into understanding Y-haplogroups and using them in genealogy research (as well as other topics such as YDNA matching, surname project participation, and when to use Big Y).