A new DNA study details the origins of UK residents of European ancestry. Here’s why this matters to your genetic genealogy (even if that’s not your heritage). 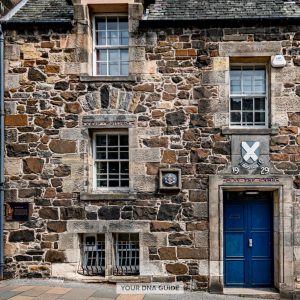 The key to learning about our ancestors from our own DNA is to have a lot of people tested who can all trace their ancestry to a specific geographic location. A groundbreaking scientific study has just been published in  Nature  by Stephen Leslie and colleagues that details the origins of the people of the UK.  This study has ramifications for you, as a genetic genealogist, even if you don’t have origins in the UK.

Dr. Leslie and colleagues collected data from 2,039 Britons of European ancestry who lived in rural areas and knew that their four grandparents were all born within 80 kilometers (50 miles) of each other. This means that their DNA should accurately represent the DNA of individuals living in that area in the late 1800s.

Using multiple fancy and advanced statistical methods, the researchers identified 17 distinct genetic groups. When they overlaid these groups on a map of the UK, what they found was remarkable.  Each genetic group, with few exceptions, mapped to a very specific geographic location.

As soon as I saw this map with its colorful clusters, I was immediately transported back in time about 15 years, to a small classroom in the basement of the Eyring Science building on the campus of Brigham Young University.  A handful of us were gathered together to hear about the new direction of our research laboratory where I was a volunteer. Dr. Scott Woodward laid out our plan: to create a genetic and genealogical database where we could identify genetic traits that would help us identify the geographic locations of any individual. This recent publication does exactly what we set out to do all those years ago.

In the Nature publication, the largest cluster by far, encompassing half of those tested, maps to Central/South England. (You really should click through to the article to see this map for yourself—I’m not reproducing it here to respect its copyright.)

But first, a little British history

The first serious settlers of Britain were from the Roman Empire whose influence in 43 AD at the time of their entry into Britain was extensive, from Spain to France to Italy to parts of the middle east and North Africa. Then around 450 AD the Angles, from modern day northern Germany and southern Denmark, and the Saxons, from Germany, invaded. The result, according to linguistic and archaeological evidence, was that the previous Roman culture was basically wiped out. But were the actual people destroyed, or just their culture?

To find out, the team compared the UK samples with 6,209 people from continental Europe to understand their ancestors’ contributions to Britons’ ancestry. According to the DNA evidence,  the descendants of those first Roman settlers are still very much alive.  In fact, the paper reports that Saxon ancestry in Central/South England is very likely to be under 50%, and most likely in the range of 10–40%, with instead a large portion of the genetics now being attributed to France and by extension then, the Roman Empire. In short, DNA evidence has put to rest a long standing debate about the effect of the Anglo-Saxon invasion; they were apparently very effective at marketing their culture, but not nearly as fruitful, as previously assumed, at wooing the women. In short, they were successful in business, but unlucky in love.

Another interesting finding: the Viking conquerors were nearly genetically absent in most of the UK, and found at a mere 25% in the Orkney islands.

Additionally, it was previously thought that there were two main divisions in the UK, you were either Anglo-Saxon, or Celtic. While this may have been the case culturally, it is certainly not the case genetically. While the Anglo-Saxon genetics do all pool together, the Celts do not, instead forming their own genetic groups.

Very unfortunately, this data will not be a part of the reference samples at your genetic genealogy testing company. But it does demonstrate unequivocally that THIS WORKS!

DNA testing can help us trace our ancestral origins and thanks to improved techniques and larger data sets, we have much to look forward to.  Dr. Peter Donnelly, population geneticist at Oxford and co-author of this paper said, “History is written by the winners, and archaeology studies the burials of wealthy people. But genetic evidence is interesting because it complements that by showing what is happening to the masses rather than the elite.”

More to learn from DNA

There’s lots to learn from DNA, especially when it comes to ethnicity results. That’s why we’ve compiled our free Ethnicity Quick Start guide. You’ll learn applicable tips for how to use your DNA ethnicity results and feel like a pro in no time!