Combining DNA test types is a great strategy for tackling specific family tree questions. Here’s how one researcher used YDNA + Autosomal DNA to explore whether shared surnames in an ancestral place meant everyone was actually related. 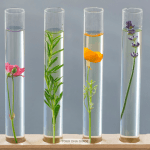 When tracing your family tree, it’s common to come across other families who shared your surname living in the same places as your family did. Does that shared surname mean they were related to each other? It’s always possible, and even more likely if it’s an uncommon surname. But it’s not something you can assume.

Fortunately, DNA testing can sometimes help you tease apart some of those clusters of Abrams, Johnson, Rodriguez, Liu, Miller, or other common family names. Here’s a quick case study from one of our students in Your DNA Guide—the Academy. She asks to be known here as dbc.

“We were told, many years ago when we first began our genealogy pursuit, that there were three separate, unrelated sets of families of the same surname in the one small Southern county where my husband was born,” says dbc. “It was pointed out to us that the family of his mother, who was born with that surname, was not related to his father’s family of the same surname.

“However, no explanation was offered as to why there would be three distinct but unrelated families with a not-so-common surname living so close to one another,” she continues. “Resolving this problem was not helped by the courthouse having burned around a hundred and fifty years ago, with few original local records now existing from prior to that time. A group of interested local residents put their available information together, and the result was several books (coordinated and published by two genealogists) that provided some of the basic birth, marriage, death, burial, etc., information to replace the missing records.”

Today’s genealogy researchers use every tool at their disposal to puzzle out the past—including DNA. It’s especially helpful when the paper trail runs out or proves insufficient, as it did for dbc. You can use 3 different kinds of DNA tests to explore different parts of your tree and different kinds of questions.

Back to dbc’s story.

“When DNA tests became available, it began to appear possible to resolve this question, and we first pursued it with yDNA, and subsequently autosomal DNA, testing,” she continues. “At the present time, no mtDNA testing has been done, as no real questions about the maternal lines are on the front burner.”

“The yDNA testing has produced a possible different surname for two of the three sets of families,” she reports. This result gives her greater understanding of the biological relationships between these family groups. This is a task for which YDNA is excellently suited: to help distinguish whether people of the same surname were actually related along their paternal lines.

What about autosomal testing? As she reaches further back in time (to before the burning of that courthouse 150 years ago), autosomal DNA will be less useful for identifying connections. That said, dcb reports that “an autosomal test for the individual from the third set [of families] is showing considerably more matching DNA than is accounted for by the paper trail.”

When your DNA matches share more DNA with you than you would expect, given any known family relationships, then you can start looking for multiple shared ancestors, or ancestors who appear in more than one spot on your shared family tree—or endogamy. The latter is when your family was part of a community that intermarried over many generations. dbc recognized that her family tree was quite “tangled,” so she took our Endogamy & DNA Course to help her start teasing those branches apart.

“Thus far, our efforts to contact DNA matches have been mostly unsuccessful,” she says. “The only two DNA matches that we tried to contact (and from whom we have so far received a response) were both adoptees. The first one knows absolutely nothing about his birth parents….The second one had made contact with an aunt, the sister of her birth mother, and she gave us the aunt’s name, which was already in our family tree.  We were able to email her copies of two old snapshots of people in her direct line in that family, from our photo collection.” 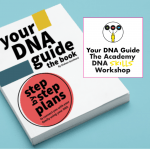 Meanwhile, she is steadily working through her list of DNA matches, sorting them into genetic networks and identifying their generations of connection she’s learned from Your DNA Guide—the Book and the DNA Skills Workshop. “We are working on contacting as many matches as possible, meanwhile trying to identify them well enough to build a family tree for them or to link them to our tree.”

What’s Next for You? 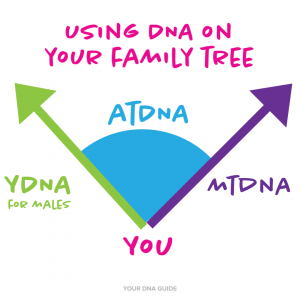 Consider how these DNA test types might help you explore specific parts of your family tree:

Meanwhile, as dbc is learning, contacting your DNA matches successfully can be tricky. We have lots of experience with this, so we’ve written a guide to help you out. Want a free copy?