DNA Matches Shed Light on a 3XGG | It Can Happen!

Your DNA matches can give you clues to the identities of your unknown ancestors! Here’s how Susan learned more about a mystery birth father: her 3X great grandfather.

Susan from Grass Valley, California has long wondered who was the biological father of her 2X great grandmother, Cornelia Ann. “She is the daughter of Catherine Ann Parsell Murdock Perkins, my 3x great grandmother, who was the keeper of the Rondout Lighthouse, at the mouth of Rondout Creek where it joins the Hudson River. She was there for 51 years–the longest-serving woman lighthouse keeper in U.S. history.”

Catherine was well-known and highly respected by locals as an “indomitable” woman–the first female lighthouse keeper in New York. She initially lived there with her husband George Murdock when he was lighthouse keeper. He drowned in 1856, less than a year after taking the position, and she was left a widow with three young children. After local residents encouraged the authorities to let her have the job, she was able to succeed him as lighthouse keeper. She stayed for over a half century, weathering storms and floods, raising her children, keeping the light shining for passing ships, witnessing several shipwrecks, and even rescuing and nursing wreck victims. 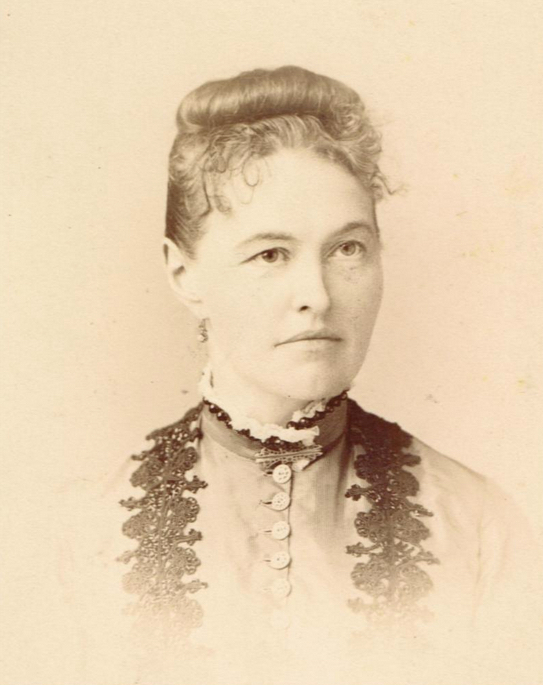 So why the question about Cornelia’s birth father? Catherine was married to George Murdock. But Susan noticed they didn’t marry until five years after Cornelia was born (both events are well-documented). It’s still possible he was the father. However, Susan hasn’t found any DNA matches who appear to be connected to George. As far as she’s concerned, the question has still been open.

Can DNA matches really lead to a 3XGG?

When it comes to using autosomal DNA to find a 3x great grandparent, “you are dancing on the edge of what DNA testing can actually do,” warns Diahan Southard in Your DNA Guide–the Book. There is an entire chapter in the book on searching for 3X great grandparents, but it’s short, and lays out some pretty ambitious strategies and flexible expectations.

“While not as easy as identifying a grandparent or great-grandparent, using your DNA to identify your 2X great grandparents is still very doable,” says Diahan in the chapter on finding 2X great grandparents. You’re genetically a generation closer to other descendants, so your connection is more likely to be detected by DNA.

Luckily, Susan was using the matches of her 95-year-old mother Ruth for this search. This strategy put results within better reach, since Cornelia is her (Ruth’s) great-grandmother, and Cornelia’s unknown father is Ruth’s 2G grandfather.

Susan owns a copy of Your DNA Guide–the Book, but had only worked through a few chapters of it. To move ahead more quickly with her progress, she purchased a one-on-one Mentoring session with Diahan in-person at the National Genealogical Society conference in May.

During their Mentoring session, Diahan helped Susan better understand the process of creating genetic networks that represent descendants from each branch of the family. Afterward, Susan spent about six hours carefully sorting and labeling her AncestryDNA matches, beginning with the current generation, moving backward one generation at a time.

Get a free guide to using DNA to find YOUR ancestors!

“I went through Diahan’s process of using the Shared Matches feature to eliminate the people who I knew were from Cornelia’s husband’s side, then I eliminated those from Catherine’s side,” she explains. “That left me with a group of ‘leftovers’ and [I] made a list of which of them had trees. I had 13 [matches] in my group of leftovers; only three had trees with 50 or more people. One of the trees had nobody in New York. On the second tree, some people were in New York but nowhere near where Catherine’s family lived. But the 3rd match had a tree with 93 people, nearly all from Ulster County, exactly where Catherine was.

Next, Susan turned to 1840 and 1850 census records. “I was looking at  the last names of men who lived near Catherine,” she explained. “Did any of those surnames match the last names of ancestors in this match’s tree?” Yes. “In 1840, there were many Eckerts,” she says. “In 1850, three years after Cornelia was born, five Eckerts were still there in Esopus, the hamlet where Catherine lived.”

This was exciting, because Ruth’s Best Mystery Match–the closest match in the “leftover” genetic network representing Cornelia’s birth father, who had a good tree–was “L.E.,” whose test was managed by a J Eckert (first name is privacy-protected). “L.E. had a yellow dot, which means she’s a shared match to one of Ruth’s Best Known Matches, a documented second cousin,” Susan explains, using terminology and strategies learned from Diahan.

Susan realized that “L.E.’s last name is probably Eckert, the same as J Eckert who manages L.E.’s test and the same as men who lived near Catherine in 1850!” Although J Eckert appears to be L.E.’s brother, he does not show up as a shared match to any documented cousin, but he and L.E. have the same family tree.

“Diahan mentions in her book that it helps to have a few lucky breaks, and these are mine!”

“I went back to Ruth’s match list and searched the trees of all her matches looking for Eckerts,” Susan continues. “I found three matches who had Eckerts in Ulster County, NY, all 7th cousins to Ruth. Those three matches had the same ancestral couple as their most recent common ancestors.”

“At first I thought Cornelia’s father must be an Eckert. The breakthrough was stunning. I could barely sleep that night. Later, I realized her father’s mother could be my Eckert ancestor, marrying someone whose surname is another one common in that small community. But I’m certain one or more Eckerts are definitely my ancestors.”

Susan is taking a short break before diving back into the mystery. “I don’t know if I’ll ever figure out exactly who [the father] is,” she says. “I might, if more matches show up.” She has since done more genealogy research, identifying three brothers of an ancestor of L.E. and J Eckert (potential fathers!) and extending the Eckert line back three more generations, which will likely prove helpful in the future.

“Stay tuned,” Susan told us. “I’ve got another brick wall. My 3X great grandmother on Ruth’s side died early in 1838 in western Pennsylvania, and her family’s burial ground was lost many years ago. There are no records for that early period, and there are many candidates for her parents. I’ll be using Diahan’s methods again to try to figure out that one, too. It works!”

Learn to use DNA to find YOUR mystery ancestors

Here at Your DNA Guide, we love helping people build out their family trees using these strategies! Get your free guide to getting started. You can DO the DNA–let us help you!

Get free guide to using DNA to find ancestors!