This case study shows you how to sort and communicate with your DNA matches on AncestryDNA to identify an unknown birth parent. 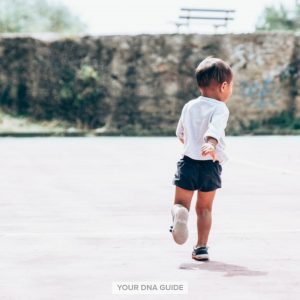 In the first part of this 2-part series on identifying a birth parent via DNA testing, I introduced the case study of Lora. She was raised with her birth father, but not her birth mother, and now wants to know more about her.

In my previous post, I described how Lora took a DNA test, attached a family tree showing her father’s lineage, and then sorted her DNA matches for her father’s side from her unknown mother’s side. This was huge progress, but it didn’t immediately lead Lora to her birth mother’s identity.

Identifying a birth parent via DNA

In fact, it took several more months for Lora to have a fairly close DNA match (1st-2nd cousin range) who had a tree and was responsive to messages from her. This delay is common, so perhaps the best advice I would give someone doing similar research is to be patient. That’s hard to hear when you care deeply about identifying your biological origins, I know. But it can pay off, as Lora’s patience paid off.

Match #1 showed up first, sharing 837 cM of DNA with Lora. This is most consistent with a first cousin relationship or a half-niece (and several more possibilities for which the ages/genders didn’t fit). Lora could see these relationship possibilities when she clicked on the info icon next to her match relationship:

Lora began a fruitful correspondence with Match #1. (Here are some tips for talking to your DNA matches.) Match #1 told Lora that she thought Lora’s birth mom was her father’s sister. That relationship was consistent with the most likely genetic relationship.

Match #1 said her father’s sister did work at the Ford Motor Company (along with several of her other relatives). The potential birth mother was of childbearing age and single at the time Lora was born. The match said the woman had never married or had (known) children. Unfortunately, the potential birth mother and her close relatives were long deceased. There was no direct documentation or another close relative to take a DNA test to confirm the relationship. And knowing that multiple relatives worked at the Ford plant means that while Lora had identified the right extended family, the exact identity of the mother wasn’t a sure thing.

About 18 months later, another fairly close match appeared on Lora’s list (in the 2nd-3rd cousin range). Match #2 shares 324 cM of DNA with Lora, consistent with the genetic relationships shown in the figure below.

Next steps for identifying birth parent by DNA

Here’s what Lora can do next:

1. Research the family further to discover whether there any additional possible birth mothers (women of childbearing age) within the right genetic range.

2. Review other DNA matches that are in common with the two already confirmed. Look for the possible birth mother on those matches’ trees and see whether the genetic relationship between Lora is consistent with the genealogical relationship shown on the tree. Again, you may need to do additional research to build out your matches’ family trees if the possible birth mother doesn’t appear on their trees.

As a final note, communicating with her DNA matches helped Lora confirm their genealogical relationships more quickly and learn family lore (like that the woman worked at the Ford Motor plant). But Lora could have accomplished much of this research by studying her matches’ online trees, comparing them, and building onto them with her own research if they didn’t extend far enough. So if your matches aren’t communicative, be patient and watch for matches with trees that tell you what you want to know.

Get a little help

It can be a little overwhelming to even know where to start when it comes to finding a birth parent or relative. We are here to give you the help you need to help you find the missing relatives on your family tree. Get started with our free guide, Birth Roots and DNA!