Finding birth parents of an adoptee isn’t always easy. This concept from the DNA Skills Workshop helped this woman identify the biological parents of a DNA match who was adopted. 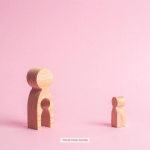 Recently, Jo Roth completed the DNA Skills Workshop and she wrote in to thank us—with a truly inspiring success story. This is a great reminder that sometimes when working on our own family history mysteries, we help solve someone else’s.

Finding birth parents of an adoptee

“I have been working with DNA for a couple of years now and felt like I was wasting my time and just spinning my wheels getting nowhere,” she wrote. “But I have an example of how well your methodical approach works. Recently, I contacted a match who was fairly significant for my dad and his two brothers (249 cM/297 cM/198 cM). It was obvious he was from the maternal side of their family and his online tree was private, but I had previously traced him back on paper several generations and could find no connection anywhere. After messaging his wife, who manages his test, she gave me the information that he had been adopted and also gave me access to his DNA matches.

I followed all the steps from the course and in 24 hours had solved the mystery of who BOTH of his parents were! Woohoo! This was amazing! I could hardly believe it. All she gave me was where he was born and his birth month and year, and that the one piece of information he had was a random surname (adoption records are closed in that state).”

Finding the generation of connection

We asked Jo what concepts most helped her solve this mystery. “Probably the biggest thing that clicked with me was really examining the generation of connection,” she says. “It’s easy to get overwhelmed with all the matches, but by figuring out that he was likely a second cousin, and that if he connected to my dad’s maternal side due to the list of shared matches (Swedish roots!), I already had two sets of great-grandparents, so I just had to find the two other sets. With the Swedes, I followed the lines down and had two possible candidates that were the right age and in the right place at the right time, but the tie-breaker was a first cousin match that…made me positive about the identity of his father.”

“For his maternal side, I simply started making genetic networks using the shared matches and dots on Ancestry, searched for the Best Mystery Matches that had any sort of trees, and checked them for surnames in common,” continues Jo. “Then it was just a matter of doing genealogy and following the lines down until I found one that was also the right age and in the right place at the right time. The clincher on that side was surnames of some fairly significant matches that came from other marriages of his mother (half relationships make things much easier!). Once I had all the players in the correct spots on the pedigree chart, the matches and where they fit all made sense.”

“Being visual, I also found it very helpful to draw out the chart and where these folks fit,” she adds. “It gave me a good visual aid that I posted by my computer and kept me on track looking for exactly what was missing.” The DNA Skills Workshop has a lot of visual exercises and tools to help visually-oriented people like Jo see what’s going on with their trees and DNA matches.

After identifying this DNA match’s parents, she was able to connect him to her dad’s tree. She doesn’t see a personal meeting in their future. “My dad is in a nursing home and has been for several years,” she says. “I did tell my dad I found another second cousin who shared his love of John Wayne movies and he got a kick out of that! But there are other family members that I do hope will get the chance to meet him and get to know him, some of whom are half-siblings.”

What about Jo’s own original research question that brought her to the DNA Skills Workshop? “Because of all the pedigree collapse and complexities involved, it will take me a lot longer to figure out who my grandfather’s father was and then trace that paternal line, but I am OK with that now,” she concludes. “You have given me the steps, guidance, and confidence to continue!” Does she recommend the Workshop for others? Definitely! 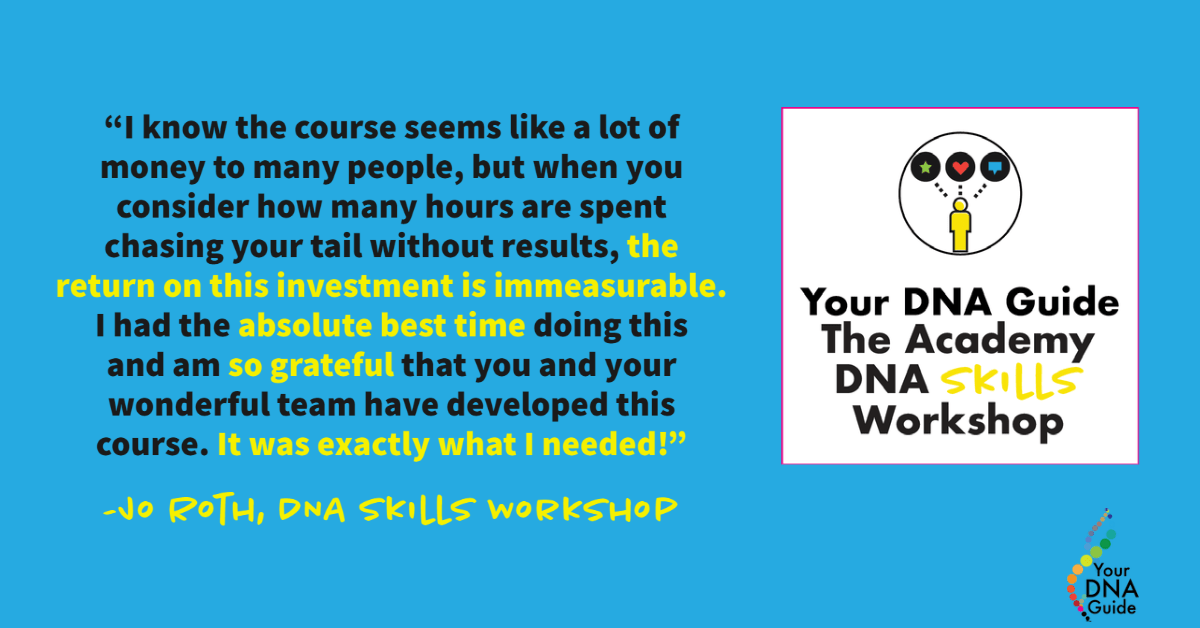 If you are looking for more information about your birth roots or helping someone else learn about thers, our free guide “What DNA can tell you about your Birth Roots” is a must! Download it here.

Take me to that free Birth Roots guide!