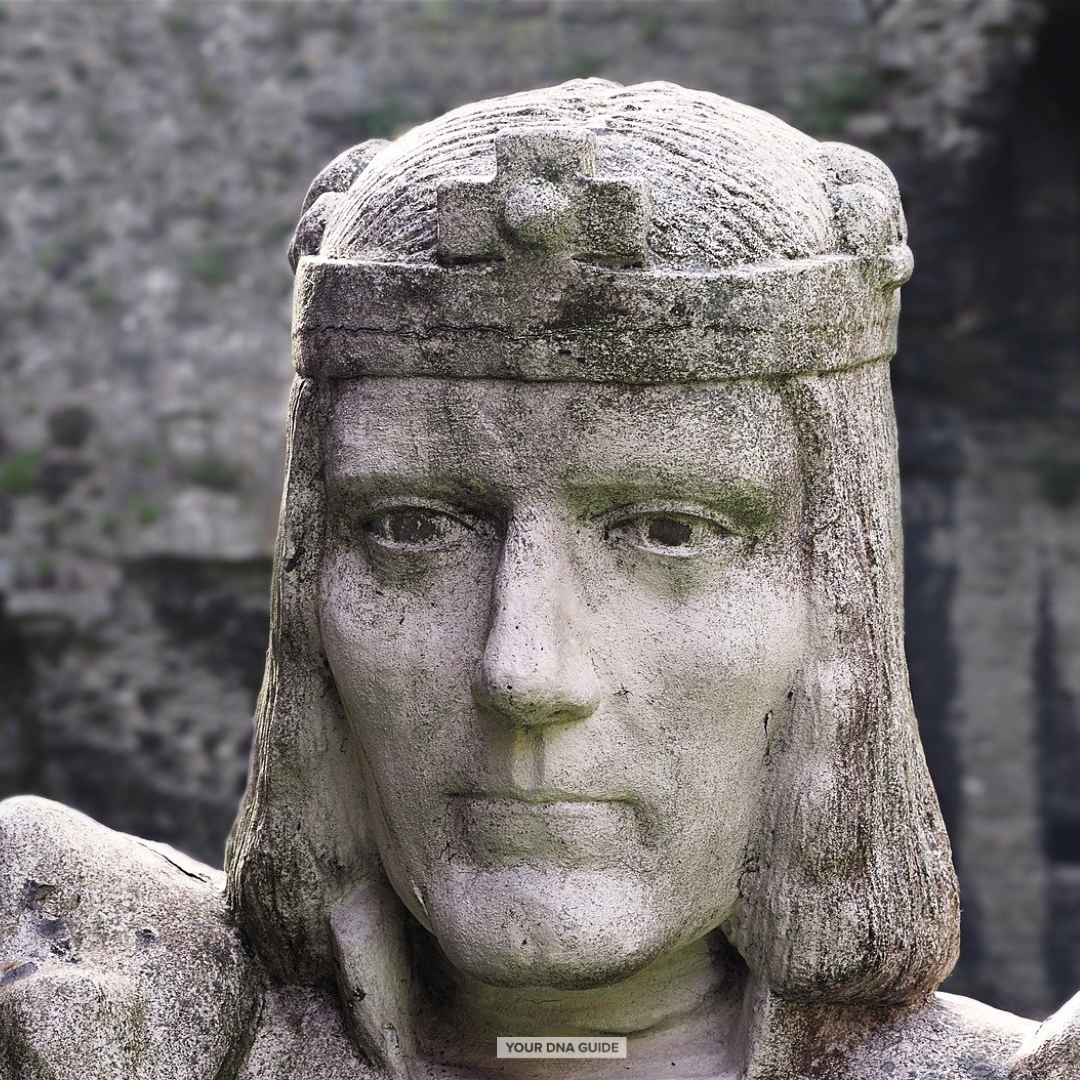 Michael Ibsen, a cabinet maker living in London, was recently awarded the title of “royal descendant” when researchers identified him as a direct maternal descendant of Ann of York. Why did this lucky man have an unsolicited team of researchers filling in 17 generations of his genealogy?

They were trying to identify a body discovered under a parking lot in (Lester) Leicester, England.

Thanks to the mitochondrial DNA (mtDNA) of Ibsen, that body has been identified as Richard III. Researchers needed Ibsen because his mtDNA is EXACTLY the same as his 17th great grandmother, Ann of York. Because mothers pass their mtDNA to all of their children, and only the daughters pass it on to the next generation, Ann had exactly the same mtDNA as her brother, Richard.

With the positive identification in hand, researchers are now prepared to undertake a  £100,000 project to discover the combination of letters in a four-digit code that makes up the genetic book that is (or was) Richard III.  This process is called full genome sequencing. They are also planning to sequence Mr. Ibsen’s genome to see what shared segments may still remain.

What this means for everyday genetic genealogy

What does this project have to do with you- the genealogist who doesn’t have a team of researchers hammering out your 17th generation grandparents? First, it is a win for genetic genealogy as mtDNA was used to unequivocally link past and future generations. Each story like this serves to increase awareness for genetic genealogy, which means more people get tested, which means databases grow larger, which means you will find more matches, which means you will have more genealogical success. Plus, the comparison of the ancient Richard the III genome with the modern genome of Mr. Ibsen will be the first of its kind to try to identify shared segments of DNA after so many generations.

In a recent interview Michael Ibsen said, “I almost hope somewhere along the line they dig up some more people so others can be ancestors and descendants in the same sort of way. It is going to be an extraordinary experience.”

While a whole genome sequence test is not a practical genealogical tool for most genealogists, other kinds of DNA tests may help you answer genealogical questions. Autosomal DNA testing,  mtDNA testing (which was used in the above case), and Y DNA testing can all give you exciting new insights to your very own family history. Learn how to get started on your genetic genealogy journey with our free guide, “Getting Started with DNA“.