Back in 2019, we shared an unforgettable story about two sisters born in South Korea. Separated as children, they were each adopted and sent to live in different parts of the world. Thanks to DNA testing, they have reunited as adults. 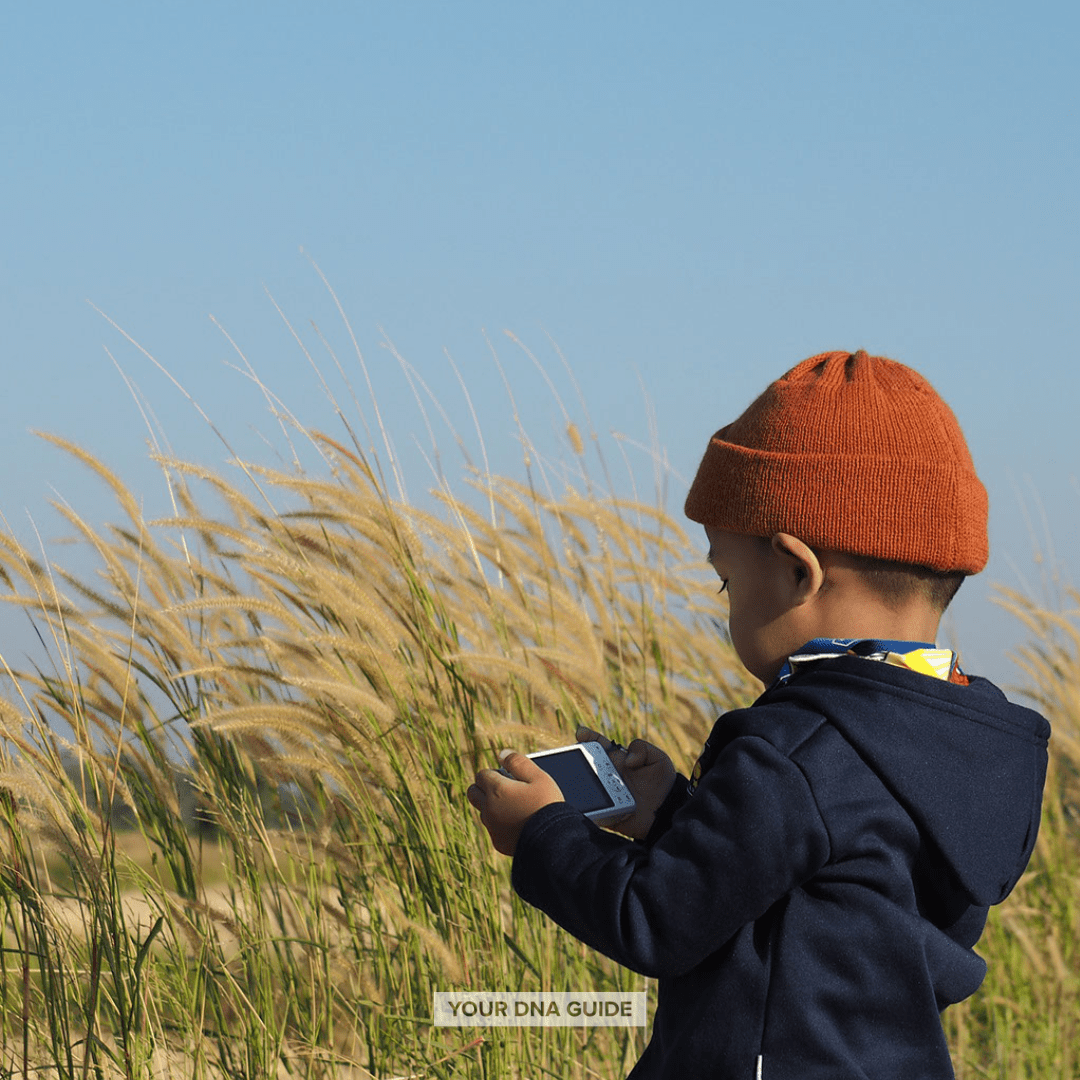 These sisters are two of the estimated 200,000 Koreans who have been adopted internationally over the past several decades. The practice became common during the 1950s with biracial children born to Korean women and American soldiers during the Korean War. But it expanded far beyond this original group, finally peaking in the 1970s and 1980s, when over 112,000 children were placed globally from Korean homes.

Today, growing numbers of KADs (Korean adoptees) are now looking for their biological roots. Though the process can be difficult, increasing numbers are connecting with their birth roots, thanks in large part to DNA testing and supportive organizations.

Recently we connected with Thomas Park Clement, a Korean adoptee who has since become a strong voice of support for others who are searching for their birth roots. Here, he describes his feeling and recommends helpful support organizations, including one that provides free DNA testing for Korean adoptees.

On being a Korean adoptee (KAD) 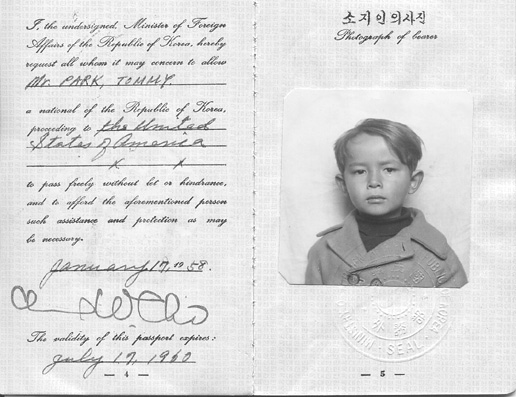 Thomas’ passport, prepared for travel to his new home in the United States.

Thomas was born to a Korean mother and an American solider during the Korean War. His father was gone by the time Thomas was four. A while later, his mother left him in a crowded Seoul marketplace. He lived on the streets, then in an orphanage. Eventually, adoption brought him to the United States.

As he thinks back on his life, Thomas speaks directly to others who share his background. “Let’s start from the beginning of your story,” he writes. “Your birthmother was perhaps single, perhaps not….For whatever reasons on this Earth, you were relinquished. Some children were taken to an orphanage by a grandmother without the birthmother knowing until she came home from work. In so many societies a single mother is taboo… they do not fit into the societal norms and the easiest way to take care of this ‘problem’ is to evaporate the problem.”

“You are an unknown and the Korean government sold you,” he continues. “Wherever on the planet you ended up, it’s up to you to survive or thrive or die. However, a subliminal drive within your subconscious steers your decision making into expending resources you may not have to locate birth relatives, whether out of sheer curiosity or health dispositions, or to fill that single most primal void that you have been denied all of your life: to know your mother and father.”

Searching for birth roots with DNA 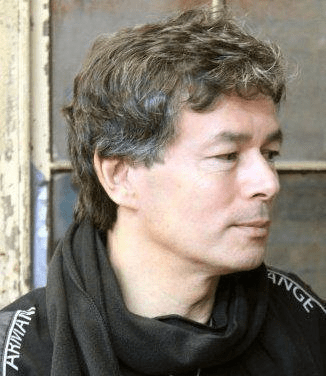 Fast-forward many years. Now a successful engineer and entrepreneur, Thomas is also a philanthropist. He was a founding board member of the Mixed Roots Foundation, which supports those born with multicultural backgrounds who are also in the adoption or foster care worlds.

Mixed Roots founder Holly Choon Hyang Bachman gave Thomas a DNA test, which started his journey back to his birth roots. He described the feeling at the outset of the search as that of a “shadow child,” the situation where “your birthmother has a new family and husband and children who know nothing about you.”

As he realized how crucial DNA testing is to reconnecting with his roots, Thomas wanted to make testing more possible for others. “Jane Smith from Korean American Adoptees and I started the free DNA initiative because we do not believe in others capitalizing upon this humanitarian agenda,” Thomas says. “We purchased DNA kits in bulk and distributed them free of charge to any Korean Adoptee, any Korean who was in the search mode and any military personnel who were also searching for their progeny…. We are approaching 8,000 free kits shipped everywhere.”

“After you get your results, that’s when the work begins,” continues Thomas. Those who, like Thomas, have an American birth father, will likely have a much easier time finding DNA matches (and corresponding family trees) on their father’s side than on their Korean mother’s side. That’s because more people in the United States have taken DNA tests and attached family trees to them. Here at Your DNA Guide, we can help you learn the skills to reconstruct a family tree on his side, if you’d like to do this yourself.

However, more specialized resources can also be helpful where international adoption and Korean ancestry are involved. Thomas connected with 325KAMRA (Korean Adoptees Making Reunions Attainable). They “had the same objective,” he says: “to connect Korean adoptees around the world with their birth parents and relatives.”

Using many of the same skills we teach here at Your DNA Guide, 325KAMRA search angels “take your data from whichever DNA company you submitted to and upload them to other databases, thus broadening the net you cast,” Thomas explains. “The DNA test is actually a ‘fishing license.’ I took the 23andMe test with no contacts nor results for two years, until I gave my information to 325KAMRA and within 24 hours I was sent photos of my birthfather and half siblings. I highly recommend to [Korean] adoptees who are seriously in the ‘search mode’ to contact 325.”

Thomas advises both caution and patience for adoptees who use DNA to explore their Korean roots. “The more KADs and birth parents who test, eventually there will be a connectivity notice,” he says, meaning that eventually others who are related to you will show up as your DNA matches. But, he warns, “there is no silver bullet for KADs. Our issues have issues. I wish for the best and peace of mind to all those who are searching but you must prepare yourselves for the worst….There are many success stories and disaster stories.”

Even if your chances of having Korean matches are slim right now—or if you don’t yet wish to connect with relatives—it is still possible to begin exploring your roots via DNA. Learn 3 things you can do with DNA testing—and a table that gives your chance of finding a close birth relative—in our free birth roots guide.

Thank you for sharing this article—with its important perspectives, advice and resources—with anyone you know who might need it.