Human remains of enslaved Africans have been identified on the Caribbean island of St. Martin, thanks to DNA testing. It’s a win for genetic genealogy—and one step toward better honoring the lives of those who lived in slavery. 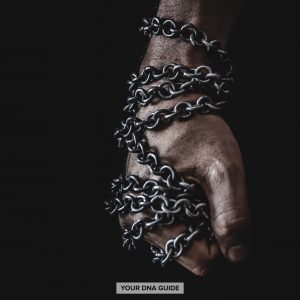 Recently my children and I watched the movie Belle, which chronicles the story of a young girl and her family at the beginning of the emancipation movement in the UK. (Watch the trailer below.) This story of slave trading and forced migration was on my mind when I heard about a recently published scientific article detailing an analysis of three bodies discovered on the island of St. Martin, likely buried there in the mid-to-late 1600’s.

Using a combination of techniques, including archaeology and chemistry, researchers were able to determine that there were two males and one female, all between 25 and 40 years of age (as I draw nearer to the upper end of that age bracket, I think I might employ my archaeological age next time I am asked how old I am…).

But where were they from? It took DNA to help answer that question, with a process very similar to that used to identify our ethnic origins in DNA testing today.

In fact, two key elements needed to fall into place for scientists to discover where these individuals may have originated. First, they needed to retrieve DNA from these sun-bleached, humidity-soaked remains. Their first stop: the teeth. Traditional DNA extraction and analysis methods failed, but results were found with a new method called whole genome capture. You can think of this method like unleashing an army of vigilantes on your DNA, each one tasked with bringing back a particular portion for analysis. While this method was far more successful, it still was only able to find 7% of the DNA of the best sample. However, the teeth provided a major clue to their ethnic origins: they were “chipped and filed in patterns that were significant to African tribal cultures,” indicating these could have been enslaved people.

So researchers moved to the next step: finding a genetic reference population, a group of Africans to compare these results to in order to find a match. There is such a group assembled, containing 11 of the likely 50 population groups that contributed to the slave trade. In Africa, especially at that time, populations were not defined by geography as much as language. So when you hear African populations defined, it is often according to their relationship to one very large language group in Africa, called Bantu. There are really two groups: those that are Bantu speakers, and those who are not.

Even with the incomplete DNA and the limited reference population, the group was able to determine that the remains of two of the people belonged to non-Bantu speaking tribes, likely in present day Ghana or Nigeria, while the third was Bantu speaking, possibly from northern Cameroon.

Finding ancient samples such as these, and having technology enough to analyze them, if even just a small part, has huge implications for the future of genetic genealogy, and family history. It is these kinds of genetic techniques that can help place you in a genealogical relationship with another person, where your traditional genealogical methods could not.  Family history, the substance and story of your relationship, inevitably follows.

I think Dr. Fatimah Jackson, a biologist and anthropologist at Howard University, said it best: “It seems to me that, as a scientist, the best way to ‘honor’ these unfortunate individuals is to allow their story to be told,” she says. “The story of a few can illuminate the condition of the masses.”

We may never know any more than we already do about these individuals: we may never recover their names or specific life histories. But DNA has made it possible for us to tell at least a part of their story.

And speaking of stories that deserve to be told, here’s the Belle trailer I promised, a movie that’s based on a true story:

What does your DNA say about you?