Forensic genealogy is helping solve crimes in new ways—and creating business for those who can help investigators reconstruct and identify DNA samples. 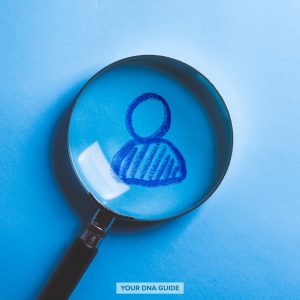 Recently the news broke that police used DNA to identify the notorious Golden State Killer. Their method: putting the DNA evidence from this cold case on GEDmatch, the free genetic genealogy database. (Read about it in the New York Times.)

Just three weeks after that discovery made headlines, a second police department, this time in Snohomish, WA, announced that they too had employed genetic genealogy to solve a cold case from 1987, when two high-school sweethearts were found murdered. This police department indicated they had assistance from Parabon Nanolabs, a genetics company based in Virginia.

According to their website, Parabon deals in both pharmaceuticals and something they call Snapshot, where they reconstruct the facial features of an individual based on their DNA: 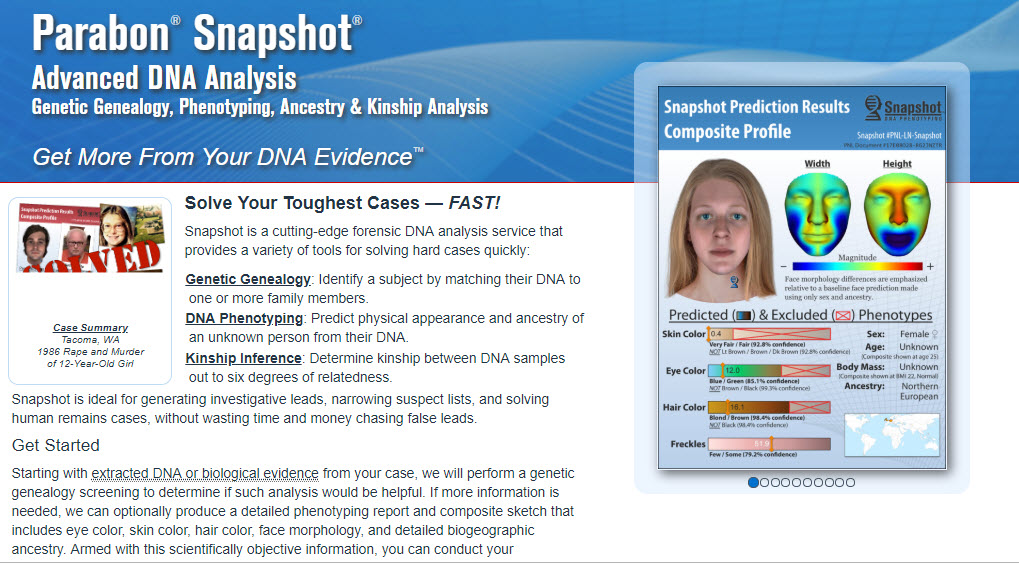 While they do have a press release regarding the aforementioned case, they do not have a specific product on their website indicating they can take genetic material and make a DNA profile compatible with genetic genealogy databases. But that is exactly what they must have done in order to solve this case.

According to an article in The Star, a Toronto newspaper, the police department in Toronto has DNA on the perpetrators for 30 cold cases. It is very likely that every police department is harboring similar statistics. Up until now, either in the US or Canada, you can only use that DNA profile from the crime scene to search genetic databases of known criminals. These are people who have already been caught and convicted. If your crime scene sample doesn’t match, you are back to square one.

In both this new case in Washington state, as well as the Golden State Killer, these men had never been caught, and therefore their DNA was not part of these national databases. The only way DNA could be useful is when it was compared to the general population, or in this case, a bunch of genetic genealogists who had uploaded their DNA results to the open-source GEDmatch.

Many ethical and moral issues come up as different kinds of uses for our DNA are found, and employed, and even commercialized. These are conversations we need to have as a community, and certainly that you need to consider personally. But like most technology, there are good sides and bad sides to advancements.

One of the best upsides I can see out of this, is the feat of technology that took a small amount of DNA found at a crime scene 40 years ago, and turned it into a DNA profile that can be useful in genetic genealogy databases. For years I have disappointed many genetic genealogists who have letters and stamps and hats from their loved ones who have passed on, and they want a way to obtain their DNA. Well, now we have evidence that it can be done. You can take some genetic material (licked stamps or envelopes, hair with a root, razors, teeth), and use it to create a viable profile that can be used to search genetic genealogy databases! In fact, Living DNA is currently openly accepting these kinds of samples, albeit at a hefty price tag, starting at $1000 or so per sample.

Now, whether or not the DNA from that stamp (or that stray piece of hair in the hat) will be able to produce enough DNA to provide a complete enough DNA profile, still remains to be seen. But I would closely watch companies like Parabon and Living DNA as they work to develop robust laboratory techniques that will provide answers for all of the genealogists whose parents and grandparents didn’t ever have a chance to spit to record their family history.

DNA can solve all sorts of mysteries. What family history mysteries do you have in your family tree? Use our free guide, Finding an Ancestor with DNA, to get started on your genetic genealogy discoveries!