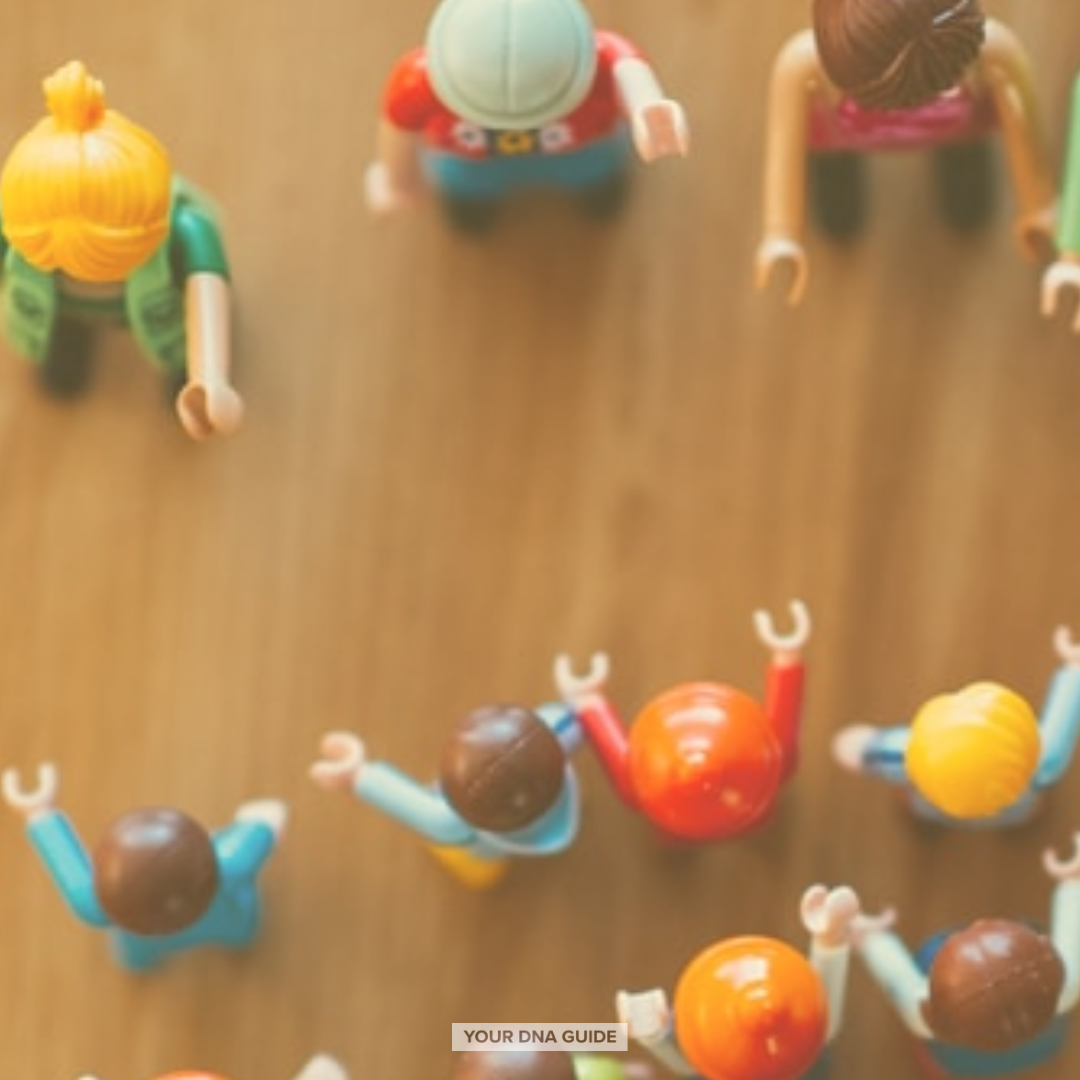 But what’s NOT always so clear is that you have other possible relationships, too. Here’s an example: if I click on the shared DNA details for one of my 1st-2nd cousin matches at AncestryDNA, I see the chart below. Woah! They’re giving me WAY more possibilities than a first or second cousin! In fact, the option for a 1st cousin once removed shares the top of the list! 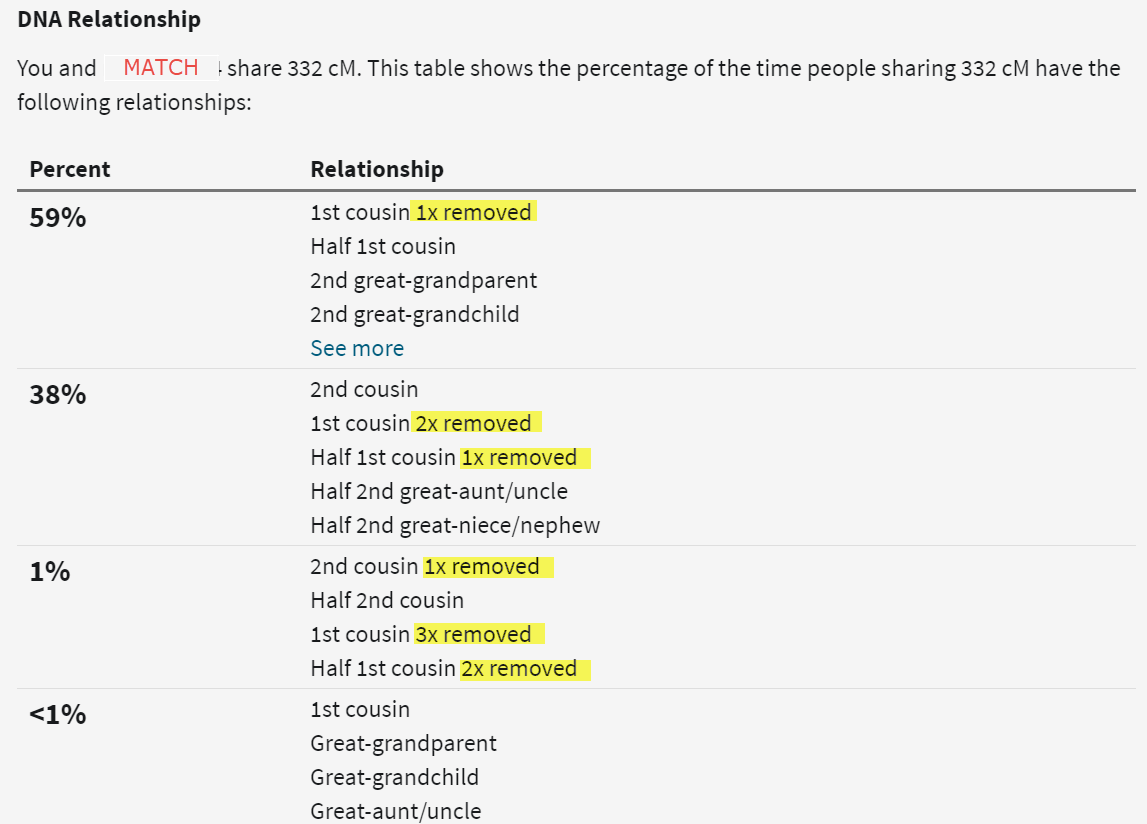 What does first cousin once removed mean? 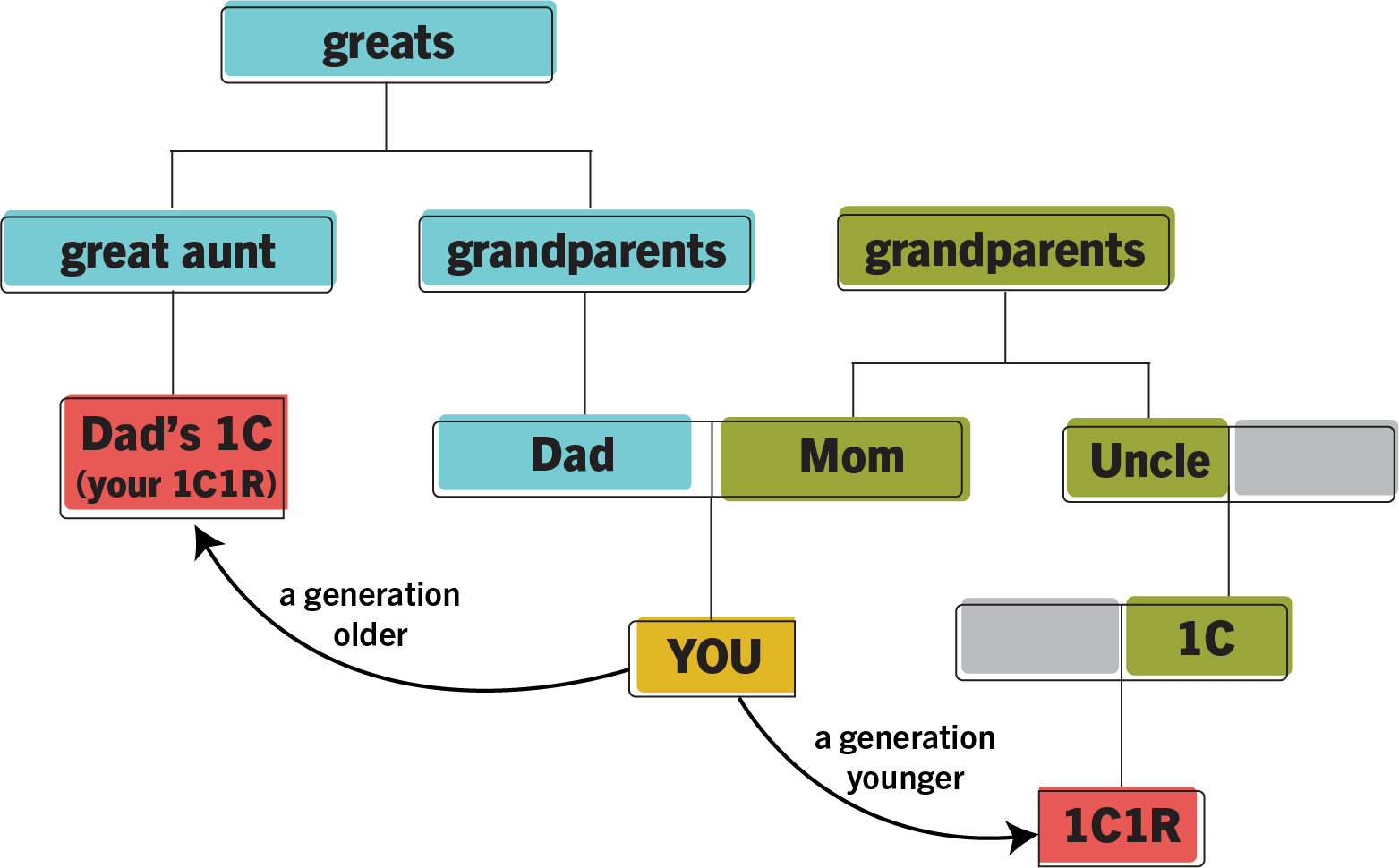 Why does this matter? It matters because knowing if a match is removed from you helps you to better understand how far back in their family tree you will need to go before you should run into the ancestor(s) you have in common. Very generally speaking, if they are a removed cousin who is younger than you, you will need to look further back in their family tree before you can expect to find your common ancestor. Of course, the opposite is true for a cousin who is once removed but older. You should be able to look in their tree at a more recent generation to find your common ancestor.

First cousin once removed? Half cousin? Something else?

One way to figure out how you’re related to your DNA matches is to ask them. Between the two of you–what you each know about your family tree–you might be able to figure it out. But starting (and keeping up) a conversation with a DNA match can be tricky. That’s why we wrote a guide to contacting your DNA matches. Would you like a free copy? We thought you might.

Get My Free Guide to Contacting DNA Matches

Haven’t taken a DNA test yet?

It’s a great way to find cousins (removed or not). DNA is a fascinating way to look at your unique origins. But you may have some questions or concerns about how the whole thing works. That’s why we wrote a free guide: What You Need to Know about DNA Testing for Family History. Would you like a free copy? It’s yours for the asking.