AncestryDNA keeps adding new regions to their ethnicity results! Here’s what their genetic communities and ethnic regions are, and how they can help you understand your ancestral heritage. 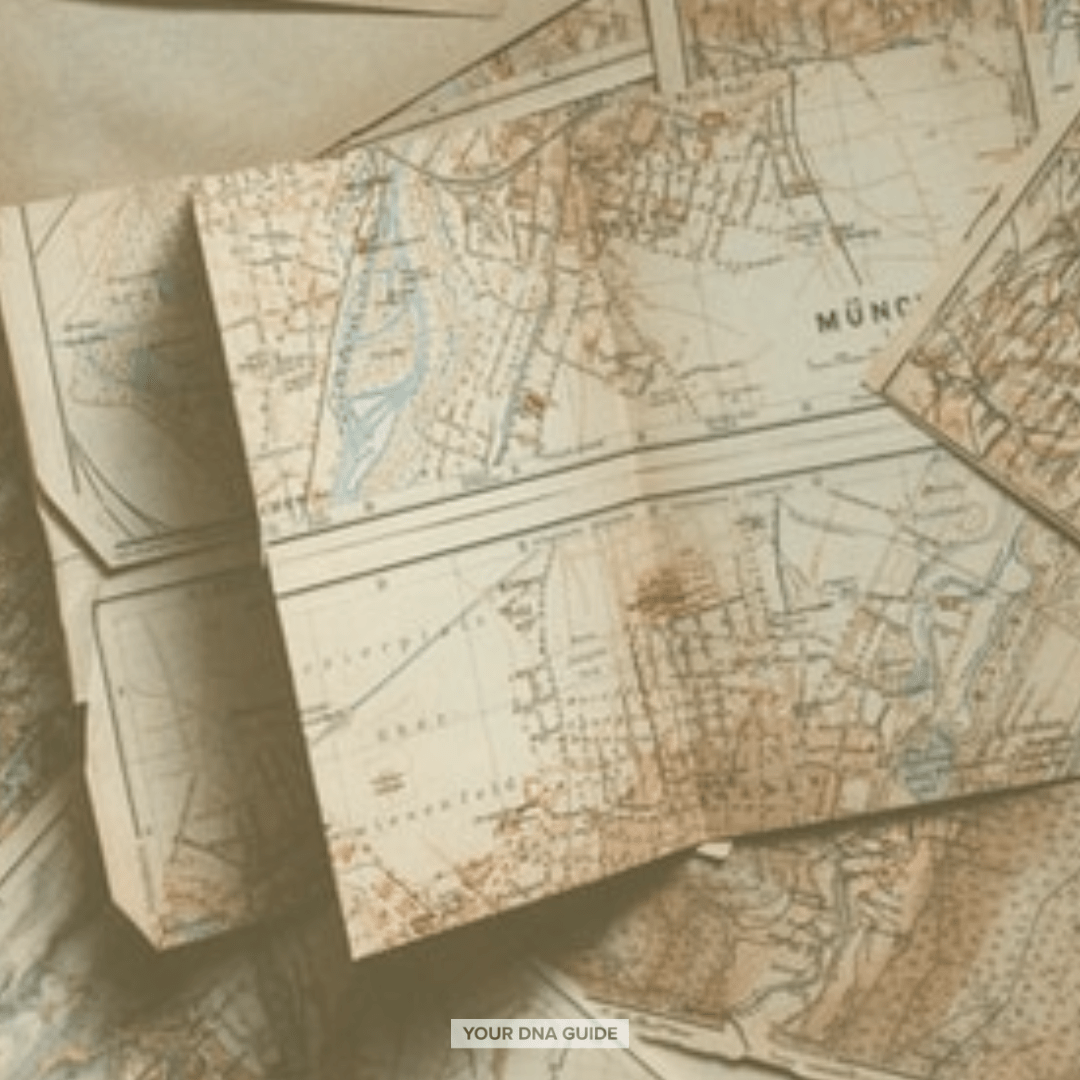 Your AncestryDNA test results include a component called your DNA Story, which itself has two parts:

Below, I focus on AncestryDNA communities, which continue to become more numerous and detailed as AncestryDNA regularly refines and updates its data). Also, I think it’s important to remind everyone how these genetic communities might help your genealogy research. Keep reading!

Genetic communities are “clusters of living individuals [who] share large amounts of DNA due to specific, recent shared history,” explains an AncestryDNA white paper on the topic. “For example, we identify groups of customers that likely descend from immigrants participating in a particular wave of migration (e.g. Irish fleeing the Great Famine), or customers that descend from ancestral populations that have remained in the same geographic location for many generations (e.g. the early settlers of the Appalachian Mountains).”

The company uses the DNA you have in common with others to assign you to various ancestral genetic communities. Then they assign places to each of those clusters by drawing on both the ethnicity data and family trees of everyone assigned to that cluster. Once they get enough data on a particular community, they can confidently say something like, “What these testers all have in common is that they descend from Irish immigrants who came to the United States during the famine of the mid-1800s.” 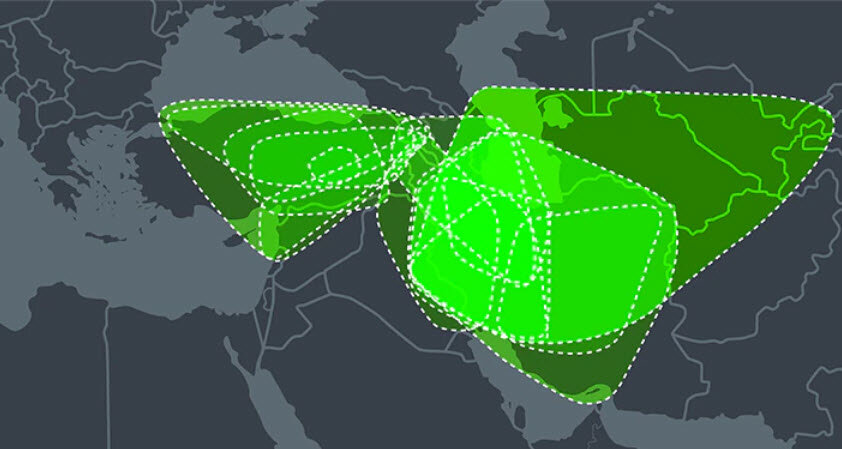 In mid-2021, a new cluster of Western Asia Genetic Communities became available. Think Iran, Iraq, Armenia, Turkey, Syria, and Eastern Anatolia (some of these places have more detailed Communities within them).

The area of Oceania is divided into more than 30 communities that include New Zealand, Tonga, Samoa and others. 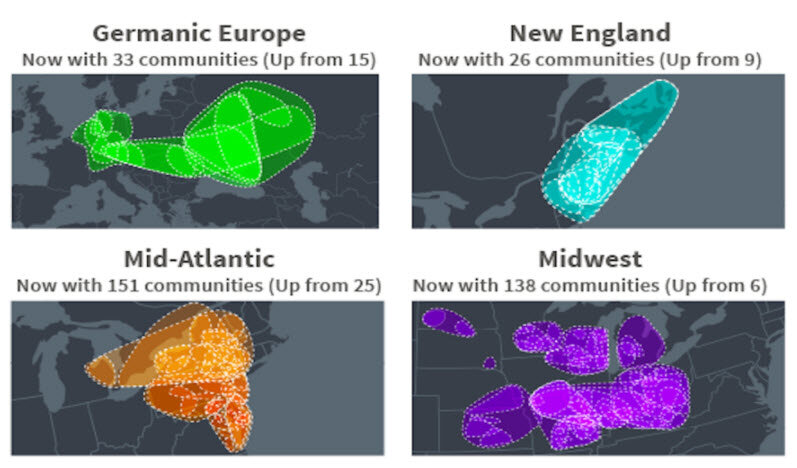 In 2021, the number of communities specific to Germanic Europe more than doubled (from 15 to 33!). In the United States, New England-based communities nearly tripled, from 9 to 26. The Mid-Atlantic practically exploded! There are now more than 150 Mid-Atlantic communities, six times the previous number. But the Midwest grew even more: from 6 to 138 communities!

Just take a moment and let that sink in. Many of the regions mentioned above are not very large, and yet they have been divided into many communities. This much better represents the diverse groups who have peopled these areas over the past few hundred years.

Ancestry has identified a handful of African communities to date (in addition to several ethnicities) to help you connect with roots in Morocco, Algeria, and Asian and European populations on the African continent. A new Eastern Africa community was launched in mid-2021. We look forward with great hope to eventually seeing a LOT more communities that reflect the deep historical diversity and specificity across the African continent. 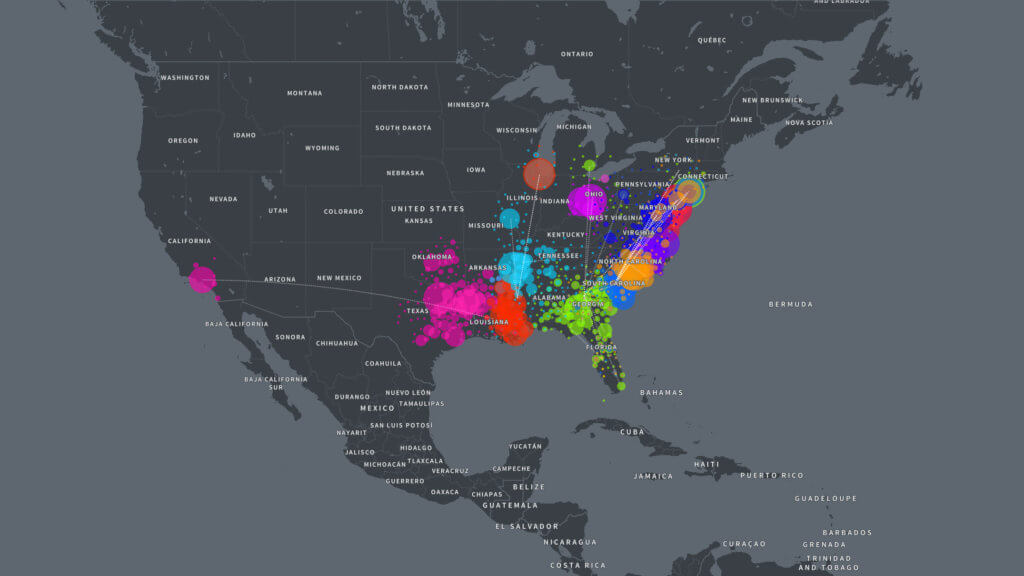 Overview of all AncestryDNA African American communities from 1925-1950. This image shows the exodus of many African Americans from the South to areas in the North and West. This event is commonly known as the Great Migration. Source: Ancestry.com.

In February 2019, Ancestry added 94 African American and Afro-Caribbean communities: clusters that can help identify migratory groups active between about 1700 and 1950. Researching African descent in the United States and Caribbean can be challenging. Far fewer African ancestors are mentioned by name in historical documents. Forced migrations and family separations during slavery compounds the difficulties of reconstructing these family trees. Furthermore, major migration in the early 1900s removed many African Americans from their birthplaces in the South: one more step removed from the more distant past. 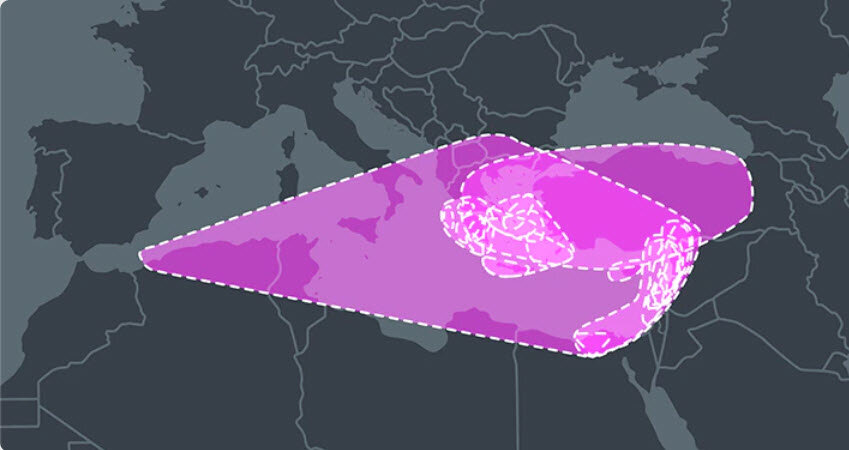 New communities for the Balkans also launched at the same time. Now there are multiple regions covering the Albania, Greece, Bulgaria, Romania, and surrounding regions, as well as for the Eastern European Roma. 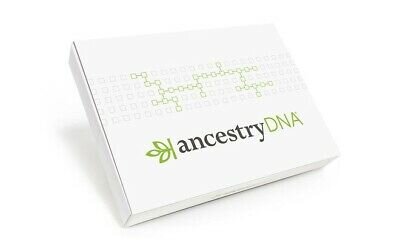 These are just some highlights and recent additions. Between its ethnic regions and communities, they now spotlight more than 1400 regions associated with your ancestry. Use them to make educated guesses about the geographic origins of a partly-known group of ancestors. Or explore them to discover something about unknown branches of your tree.

How Genetic Communities Can Help Your Family History

To help you see how AncestryDNA’s genetic communities can help your research, I’ve pulled the following from my book, Your DNA Guide—the Book. (Just in case you don’t have a copy yet.) 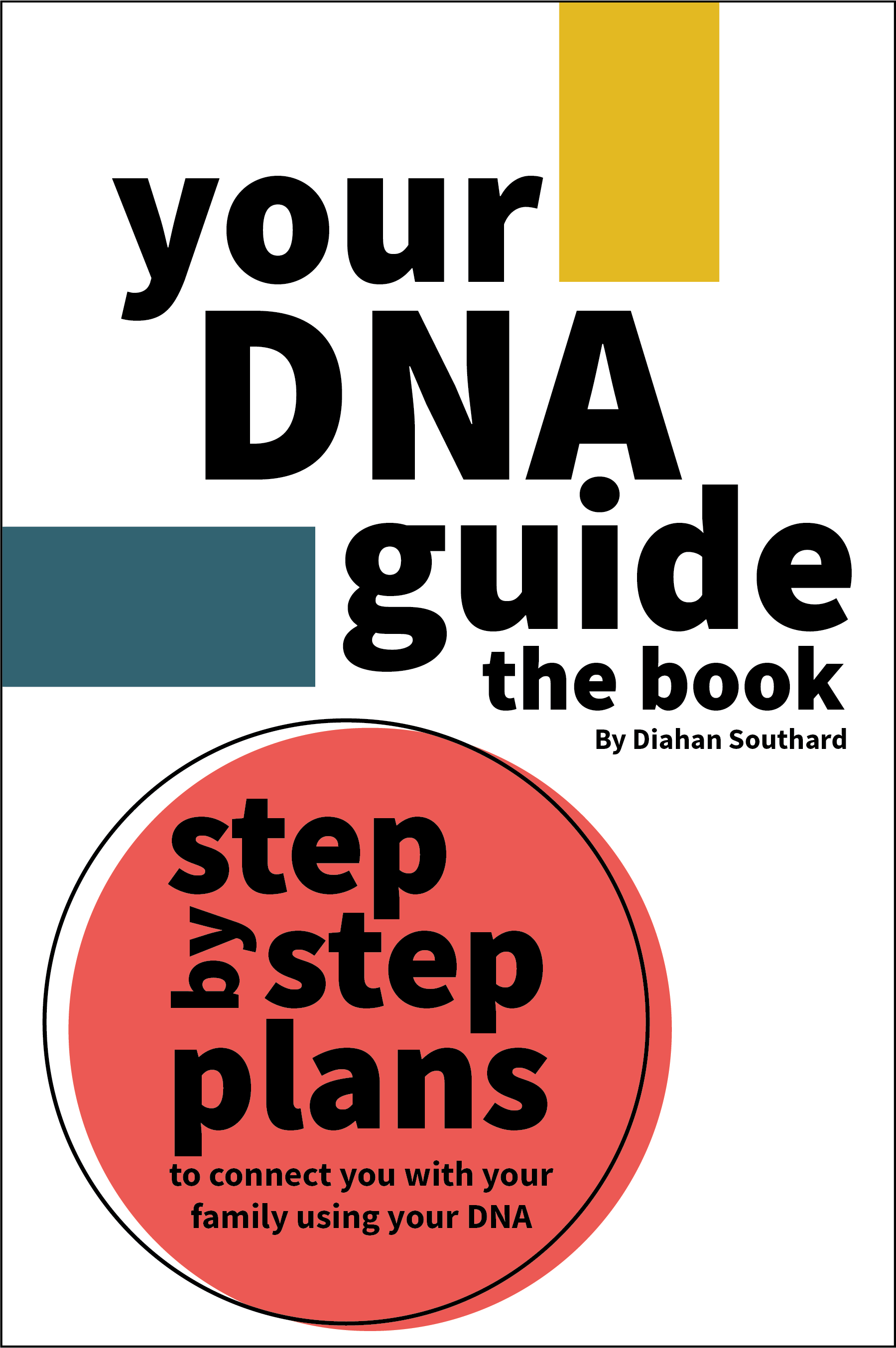 ly accurate groupings that are based on both genetics and genealogy and reflect locations that absolutely (and I am not using that word lightly here) should be represented in your family history in the last 200 years. So before you even begin this search for your missing ancestor(s), take a look at your Genetic Communities if you tested at AncestryDNA. If you are a member of any Community that is currently not in your family tree, it’s time to take notes. It is very likely that one of your missing branches was standing on that very soil in the not-too-distant past.

“Here’s a good example: One of our clients here at Your DNA Guide was looking for a great-grandfather: one of those men who seems to show up in Pennsylvania long enough to get married and have a couple kids, but doesn’t seem to exist before or after. However, our client was showing a connection to a New Jersey genetic community, and didn’t have any other ties to that location in her family tree. As we worked through her Plan, we began to see matches with common connections to–you guessed it–New Jersey! So these maps and percentages are no longer just a coffee table piece, they may be THE piece that puts you on the path to discovering your missing ancestor.”

Isn’t that an inspiring example? I just love DNA.

If you’ve already taken a DNA test, with Ancestry we have just the thing you need to learn more about your DNA and ethnicity results. Our AncestryDNA Tour is an interactive, online learning experience that walks you through each part of your AncestryDNA test results. It comes with more than a dozen video modules and a printable workbook so you can apply what you’re learning to your own tree. The best part is, you’ll have lifetime access to this content, so you can go back and revist it as often as you need.