AncestryDNA Shared Matches Changes: What to Do

AncestryDNA shared matches have changed since they dropped smallest shared segments (below 8cM) and refined the matching algorithm. Here’s what I see and 2 things you can do about the changes. 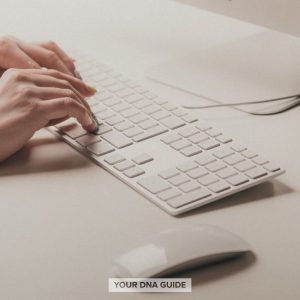 We blogged not long ago about changes coming to the AncestryDNA shared matches experience (in summary, they refined the number of shared segments, added the longest shared segment, and dropped the most distant matches). Now that these changes have taken effect, I was curious about how different our match lists look, and I wanted to provide some tips on where to go from here.

As an aside, both examples are for people who live in the United States, where DNA testing rates are much higher, meaning they’re much more likely to get lots of matches than people who live outside the U.S. You will still see quite a difference in their total number of matches as our first example has two of four grandparents born outside the U.S. The second person has deeper roots in the U.S., and therefore more of their genetic relatives are likely to be in the U.S. (and therefore more likely to have tested).

Our first example is for a woman whose maternal grandparents were both born outside the United States (paternal side unknown).

On the left is her summary of total matches before Ancestry updated its matching experience in July; on the right is how it looks now. (Over time, without these adjustments, someone’s overall number of matches should keep growing as more people test.) 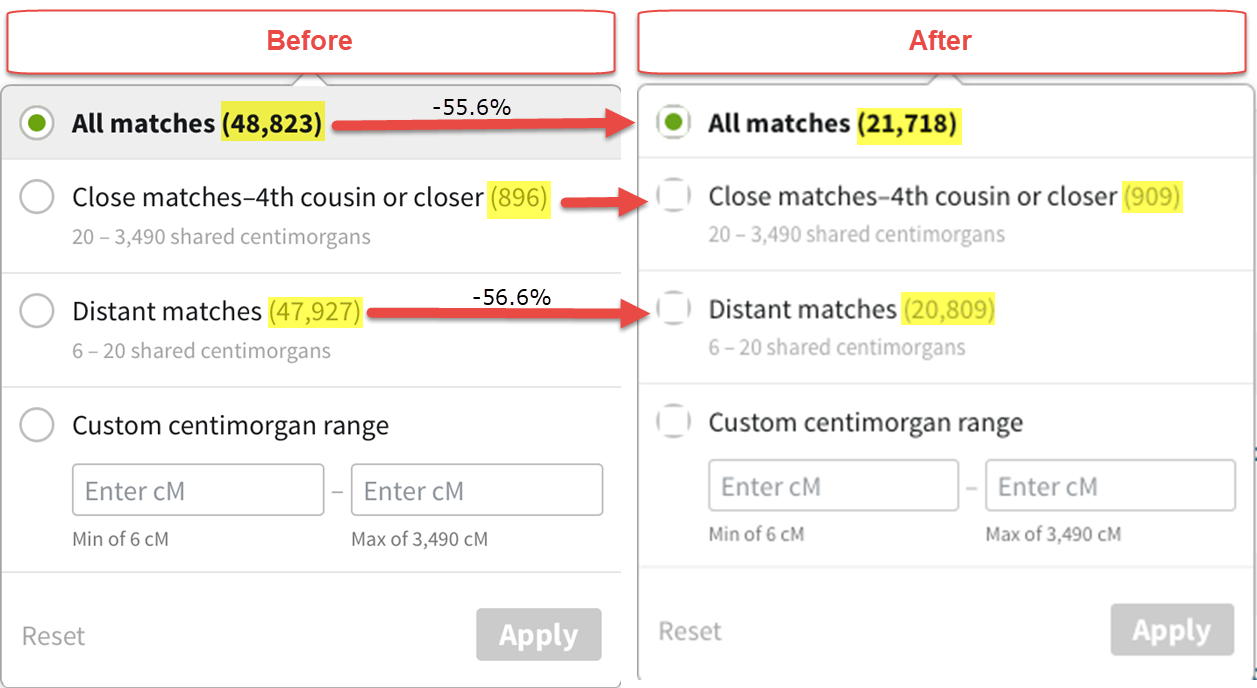 As you can see, her total number of matches dropped by more than half. All of those losses are in the distant matches category. The number of close matches continues to grow, consistent with additional people testing.

Example 2 has relatively deep roots in the United States. Only one set of his great-grandparents was born outside the country. He has a definite “numbers” advantage: his total matches at the outset were about 2.5 times that of the first example. 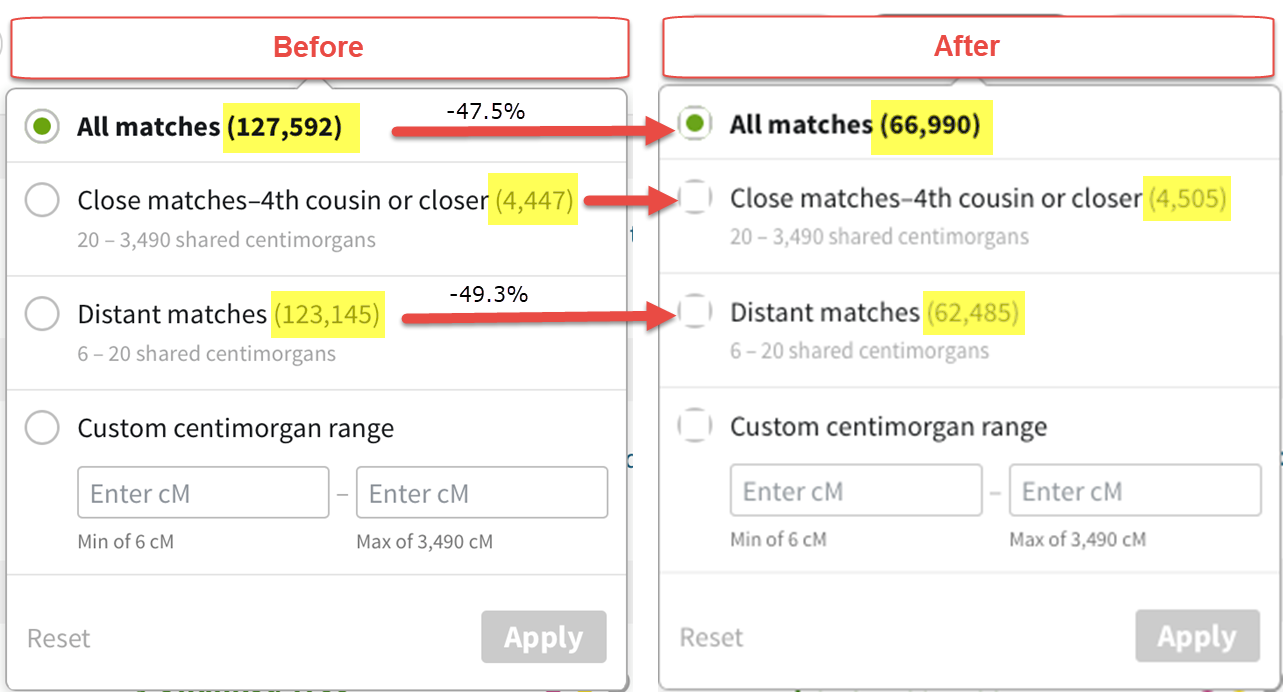 With this new adjustment, his total number of matches dropped by nearly half. Again, all of those losses are in the distant matches category.

What to Do Next

From this admittedly anecdotal look at the changes, here’s my take-home message—and what you can do next. Take-home: none of the close matches appear to have been affected (it’s hard to know for certain without knowing exactly how many new matches they’ve had since the change).

Some people will still be frustrated at the loss of their more distant matches. There are instances in which people have made significant family history breakthroughs with more distant matches, the most distant of which are now not showing (unless you took the steps needed already to keep them on your list).

Here are two things you can do now to respond to these changes:

Focus. The way I think about this, the pared-down results list helps me. Now I have a lower number of matches to look at and therefore I have a better chance at actually getting to all of them. But honestly, I probably won’t, since I spend the time working with your closer matches.

Targeted testing. If you have lost matches you think you need, consider testing a sibling or cousin who shares the same ancestry you’re investigating. This method will often help you find “real” matches who perhaps didn’t share quite enough DNA with you, but who do with your relative.

How to Use DNA Matches to Find Specific Ancestors 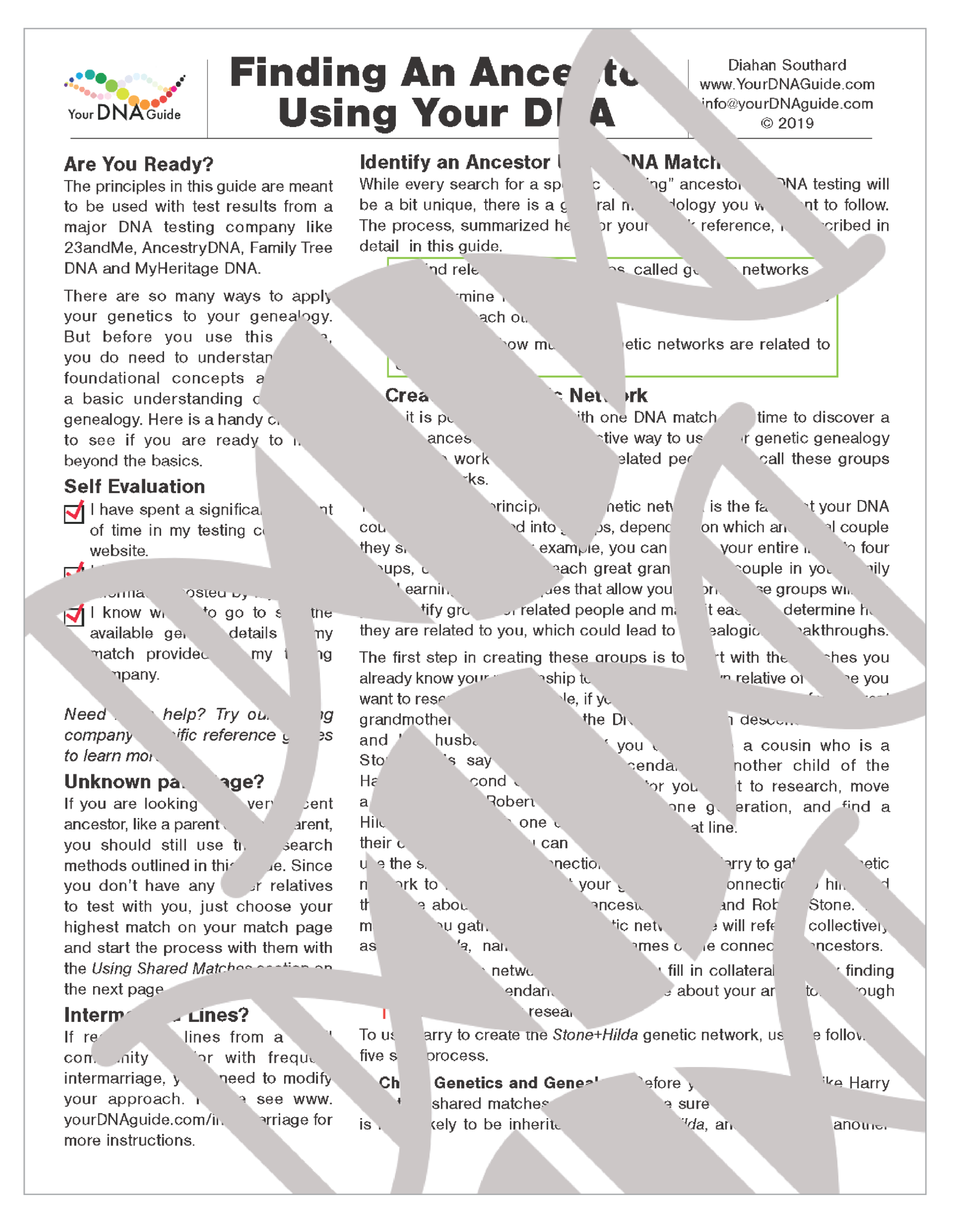 Are you trying to extend your family tree? Pick up a copy of my quick reference guide, Finding an Ancestor Using Your DNA, to focus on developing this specific skill with proven, step-by-step strategies. It works!

Show me that Quick Guide!