Finding immigrant ancestors—and tracing them to an overseas birthplace—can be challenging. Here’s how one researcher used DNA to confidently identify an ancestor’s family and place of origin. His methods led to a new cousin—and a Portuguese branch on his family tree. 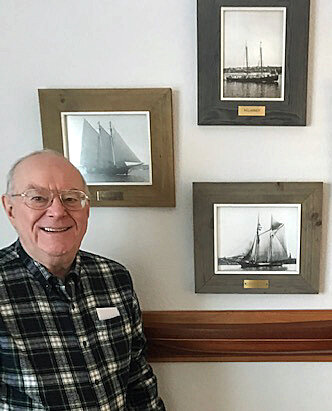 Ed Lewis was born and raised in Gloucester, Massachusetts, a New England coastal fishing town. The salty air and gently-bobbing ships are a familiar part of his family story. In Ed’s home hang photos of the fishing schooners on which his paternal grandfather sailed during the early 1900s.

One part of Ed’s heritage was less familiar than the rest. “Three of my four grandparents had English ancestry in Massachusetts back to 1635. These have proven fairly easy to research,” he says. But his fourth grandparent had one parent who didn’t fit that mold. “My great grandfather, Joseph Bernard, was from the Azores, in Portugal. We had photos of him but not much else.”

Through genealogical research, Ed learned that Joseph was born in 1851 in Fayal, Azores, Portugal, and immigrated to the United States in 1867. Joseph naturalized, married and had five known children. He was a Baptist, a barber, a hard worker, and lame in his left leg. When he was about 60, Joseph was admitted to the Danvers State Hospital for paranoia and alcoholism. A note in his commitment papers mentions that Joseph believed he descended from royalty. Within a year of admittance to the hospital, Joseph hung himself.

Hoping to find Joseph’s family of origin, Ed sent a researcher in Portugal a summary of everything he’d learned so far. This included the names of Joseph’s parents: Anton Joseph Bernard and Rosa “Merry” (possibly Maria). Ed also included an unconfirmed family rumor that Joseph’s real surname was Fonseca.

The researcher “came up with a match we thought was pretty close based on the information I had sent him.” In one of the villages of Fayal, he found records of a José, born in 1850 to António José da Fonseca and Rosa Maria. “The story made sense: Joseph went to live with an uncle and somehow migrated. We were 90% comfortable with this discovery, but not totally sure.”

“Time went by, and I submitted DNA through Family Tree DNA,” Ed continues. The most immediate reference to his Portuguese ancestry was his ethnicity result. “There’s 16% from the Iberian Peninsula,” he says. “That’s Grandpa Joe!” 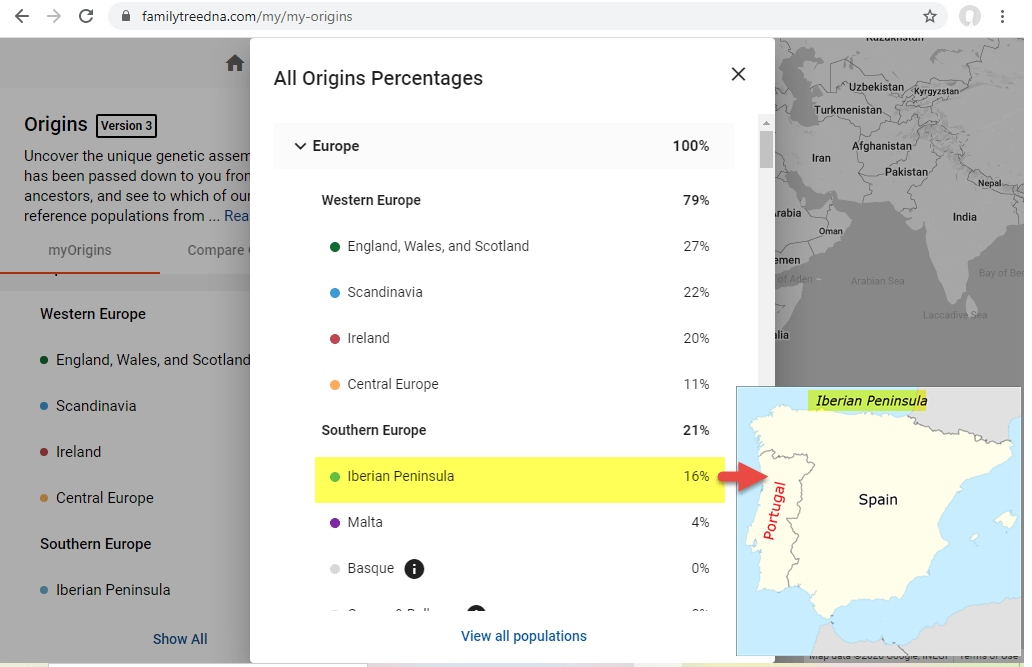 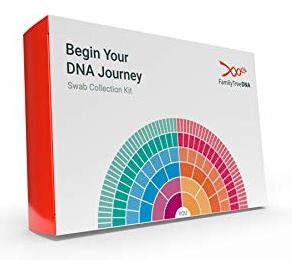 More revealing were Ed’s DNA matches—one in particular. “She was a third cousin in California. She was sure of her descent from Isabel Fonseca, who was the daughter of the same Antonio and Rosa Maria. So my great great grandparents, Antonio and Rosa Maria, are her great grandparents.” He double-checked that their proposed genetic relationship is consistent with the proposed genealogical relationship. Their genetic relationship is in the range of second to fourth cousins, which fits his genealogical relationship as her second cousin, once removed. “So as far as we’re concerned, that’s a match.”

He and his match have connected and compared notes about the siblings who immigrated. “Isabel went to New Bedford, Massachusetts. Maybe the two siblings immigrated together—or maybe other relatives, aunts, uncles, cousins—and brought Joseph along.”

Ed calls this discovery “my greatest DNA success.” Now he can more confidently pursue his roots in the Azores, and perhaps meet more cousins along the way.

Help from a DNA Expert 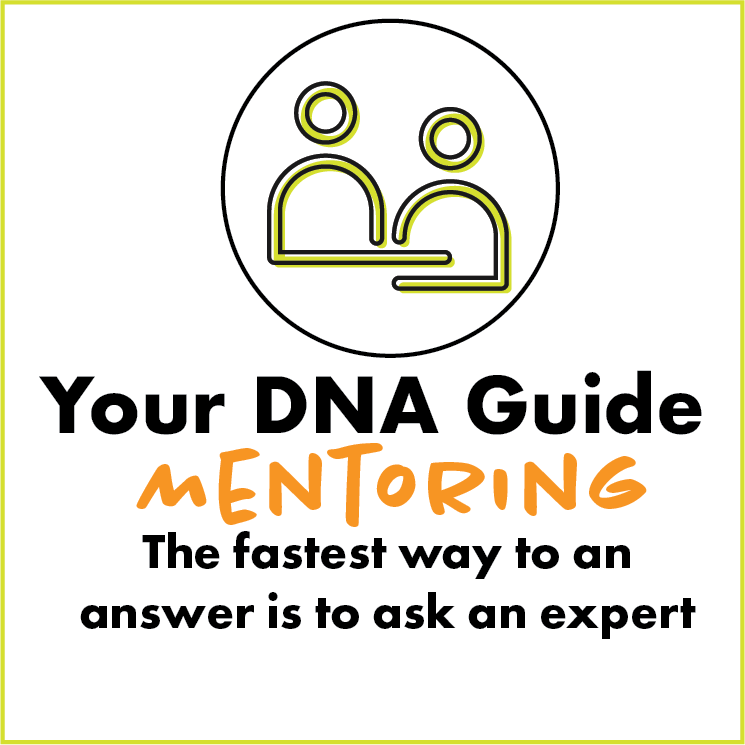 For help understanding and working with his DNA matches, Ed turned to Mentoring services from Your DNA Guide Diahan Southard. She cautions researchers to remember that while DNA testing is available in many parts of the world, it is still most popular in the United States. Therefore, Ed was much more likely to have DNA matches on his Portuguese line if others from the same family came to the U.S. and left behind descendants who might take a DNA test. Such proved to be the case for Ed.

If you find yourself looking for DNA matches outside the United States, remember that the testing pool, while growing, is relatively small. Depending on where your roots may be, you might consider testing with MyHeritage DNA (or uploading your test results there), since they claim relatively strong DNA testing participation in Europe. Or you might just need to wait for a few years until more people from that region take tests. (You can go ahead and test, though—your results will be updated with new matches as other people test.)

Learn To ‘Do the DNA’ from Your DNA Guide

Could you use direction on what to do with your DNA test results? Or some resources for where to go next with the DNA matches or questions you have? Our free guide, “4 Next Steps for Your DNA Test” is just what you need. Download it below!

I want that free guide!