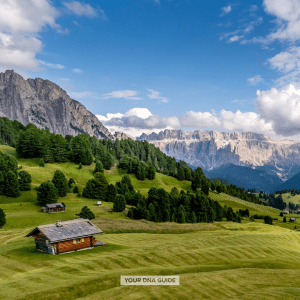 Is endogamy or pedigree collapse affecting your ability to work with your DNA matches? What’s the difference, how can you tell and what can you do about them? Check out these strategies you can try now.

Recently I joined Connie Knox at Genealogy TV to tackle a hot question: What’s the difference between endogamy and pedigree collapse, and what can you do about them?

You can watch the entire interview below, but here’s a summary for you.

The difference between endogamy and pedigree collapse

Pedigree collapse is a specific instance of when two genetically-related people have children together (like first-cousin or second-cousin marriages). This was quite common in the past, and even now in some cultures. The result for a family tree is that it “collapses” at the top. Instead of getting ever-wider as it goes back in time, the same ancestral couples appear multiple times over. 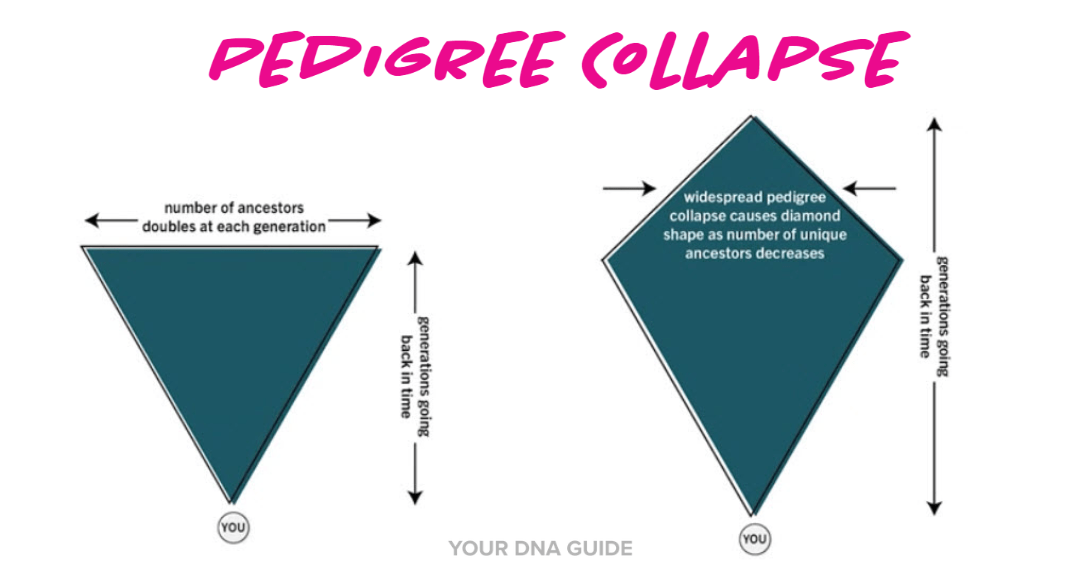 Most of us should expect to see this on our family trees at least once or twice, especially the further back in time we go.

Endogamy is essentially when pedigree collapse happens over and over and over again. Descendants of people who lived in small or isolated communities end up sharing a significant amount of DNA over time because the people intermarried so often. But you don’t have a single recent common ancestor with these DNA matches.

How to spot endogamy or pedigree collapse

Here are several strategies to help you spot—and begin to deal with—the repercussions of endogamy or pedigree collapse on your DNA matching experience. The first two are paper-trail strategies. Then it’s time to look at DNA.

1. Look for pedigree collapse on your tree. 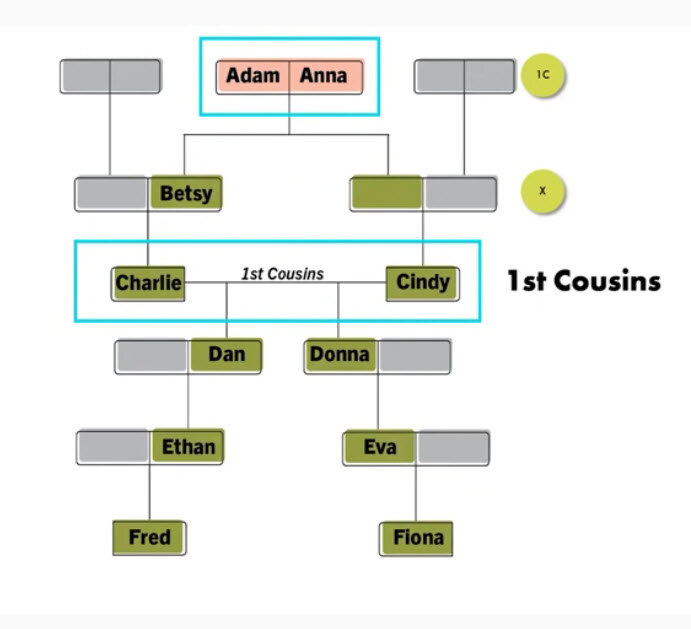 This sounds obvious, and it is, but sometimes we don’t realize that the same people are showing up on what we thought were different lines on our family trees. Sort your family tree by name and see if duplicates show up. Sometimes it’s because you’ve accidentally duplicated someone’s profile. But sometimes you’ll find names that actually DO appear in more than one spot.

In the tree shown here, Charlie and Cindy, who married and had children, were actually first cousins. So Adam and Anna, their shared grandparents, actually appear twice in their tree (I’ve just collapsed it down to one shared spot visually).

If you can see one or two distinct events, you can account for these when working with your DNA matches.

2. Look for endogamy in your known ancestral communities.

Do you know if you descend from historical populations or places where you might expect to see endogamy? According to the ISOGG Wiki, “Examples of endogamous groups include Jews, Polynesians, Low German Mennonites, the Amish, Acadians or Cajuns (French settlers in what is now Nova Scotia, Canada), French Canadians, people from many Arab countries, people from Newfoundland and people from many islands. Endogamy is also a problem in early Colonial American populations.”

But these more commonly-known examples aren’t the only endogamous populations. Consider whether your relatives came from small or isolated communities where people may have frequently intermarried over several generations. In the interview with Connie, I shared a case study about my ancestor who came from a small town in Italy. I hadn’t thought of that line previously as affected by endogamy, but it is!

Not sure what historical communities your ancestors belonged to? Explore your Genetic Groups at MyHeritage, Genetic Communities at Ancestry, or Recent Ancestor Locations at 23andMe

Here at Your DNA Guide, and especially in the DNA Skills Workshop, we teach people how to sort their DNA matches into genetic networks that represent distinct family lines. My favorite method is using Ancestry’s dot system. You can also use the Leeds method or MyHeritage’s AutoClusters tool.

If none of your ancestors in recent generations were related to each other, your DNA matches should sort neatly into distinct groups. If there’s some overlap—you can’t sort your relatives into separate groups—then it’s time to look for pedigree collapse or endogamy. 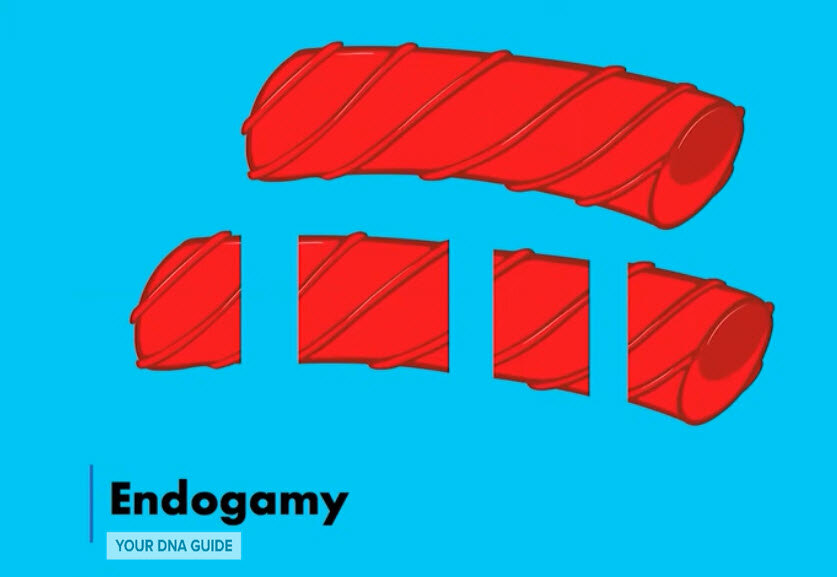 Most of the DNA testing companies now report not just the total amount of DNA you share with your matches, but the size of the largest piece of DNA.

The size of the pieces matters! As I explain in the video, a longer intact piece of shared DNA indicates closer genetic relationships than the same amount of DNA that comes to you in the little tiny pieces that indicate relation by endogamy.

In the interview below, I go into more detail about Ancestry’s unique Timber algorithm that helps correct for some endogamous DNA sharing. I also talk about using chromosome browsers to look at shared segments and how long you should expect those segments to be if you’re seeing endogamous connections.

Let’s face it. Endogamy is complicated and it messes with our ability to analyze and understand what our DNA matches might otherwise tell us. That’s why we’ve worked so hard to give you access to more information out about DNA and Endogamy. 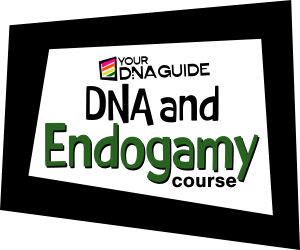 If you have (or strongly suspect) endogamy on your family tree, take our Endogamy & DNA Course. Developed and tested by our expert DNA team, this Course teaches straightforward strategies for addressing endogamy more productively. We’ll help you tease apart whether you’re looking at endogamy, multiple relationships…or maybe some of each. We’ll help you set reasonable goals for your DNA analysis. And we’ll share the nuances in how the various testing companies adjust (or not) for endogamy, so you can understand what you’re seeing in your AncestryDNA, 23andMe, MyHeritage, or Family Tree DNA results.