Explore your Scotland ancestry with the best DNA tests to show your Scottish ethnicity percentages and find relatives from Scotland. 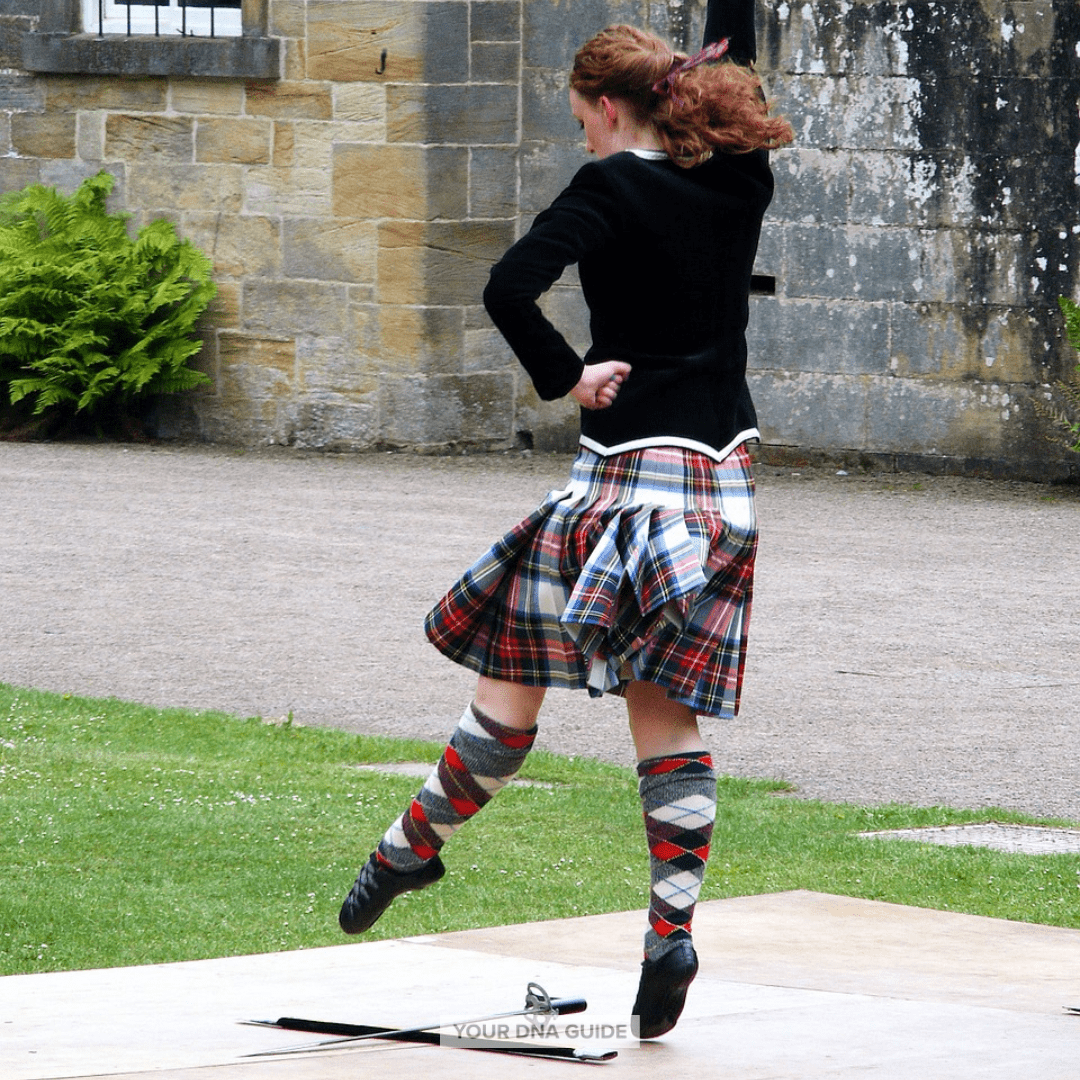 If you have Scotland ancestry, you may be wondering which DNA tests and testing companies are the best for:

Which type of test you should take (autosomal, Y-DNA or mtDNA) depends on your individual goals. But, in most cases, the answer to which companies to test with is fairly universal whether your ancestry is Scottish or otherwise. If your goal is simply to find out more about your recent Scottish ancestry through DNA testing, then that’s what I call ‘going on a fishing trip.’ The very same tests that will help you explore different ancestral origins are also the best tests for Scottish ancestry. 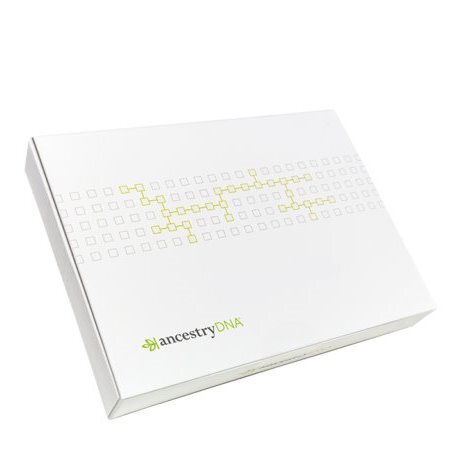 If you want to find matches who share your Scottish ancestry within the past 5-7 generations, then I strongly recommend starting with autosomal DNA testing (the all-rounder of the DNA testing world!). Ancestry offers the best test with which to begin your DNA testing journey. Ancestry has by far the largest DNA database with over 20 million testers and, while no individual figures for the number of testers in Scotland are available, more people in Scotland and with Scottish ancestry are likely to have tested there than anywhere else, given the size of the database and the reach of the company. The Ancestry test is also widely advertised within Scotland and generally the most talked-about test when testing for genealogy is discussed.

Having said that, however, one of my most repeated mantras is to ‘fish in all the ponds’ and I’m going to say it again here in relation to finding Scottish matches! The other major testing sites (23andMe, MyHeritage, Family Tree DNA and LivingDNA) all sell test kits in Scotland. Most of them also regularly advertise within the country, so while given the size of the database, you’ve got a higher chance of finding the Scottish matches you seek in Ancestry, you cannot rule out that they may choose to test at one of the other sites.

If your best Scottish matches decide to test at Family Tree DNA or MyHeritage, for instance, and you’re only in Ancestry, then you will miss them. Maximize your chances by getting into all of the databases so you won’t miss any of those important Scottish matches that could help you break your Scottish brick walls or find your Scottish relatives!

Many people take a DNA test to explore their ethnic make-up. If you have Scottish ancestry, you’ll likely be interested in how “Scottish” your DNA testing company thinks you are! Don’t take ethnicity estimates too literally (they are called “estimates” for a reason!). But it’s always worth checking them out. All of the different testing companies identify Scottish ethnicity but in different ways:

On Ancestry, I recommend checking if you have been placed in any Scottish ‘Genetic Communities’ as these can provide clues to more specific and distinct ancestral areas within Scotland. 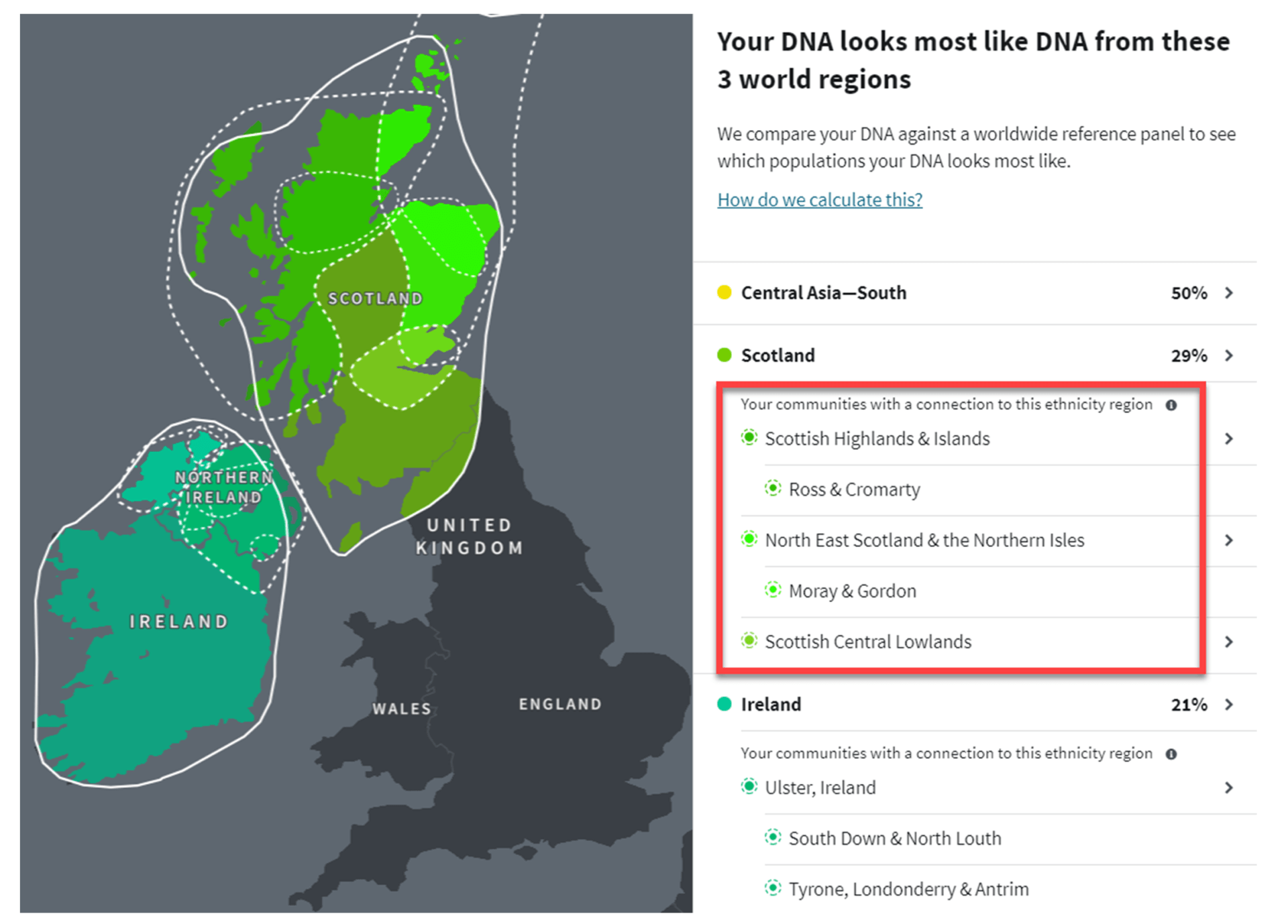 An AncestryDNA report showing both general Scottish heritage and specific Genetic Communities with which this person’s DNA has been identified.

I find their Genetic Communities to be the most accurate part of Ancestry’s ‘DNA Story’ section. Genetic Communities are categorized by dotted circles and placed underneath the top level percentage ethnicity estimates which are instead marked by block-colored circles. They differ from the top-level ethnicity estimate information, as they are not only based on DNA algorithms but also the trees of your matches (e.g. if you have a large number of DNA matches who have ancestors from ‘Ross & Cromarty’ in their trees then you are likely to be placed in the ‘Ross & Cromarty’ genetic community). When you click on an assigned Genetic Community, you’ll learn more about it, as shown here: 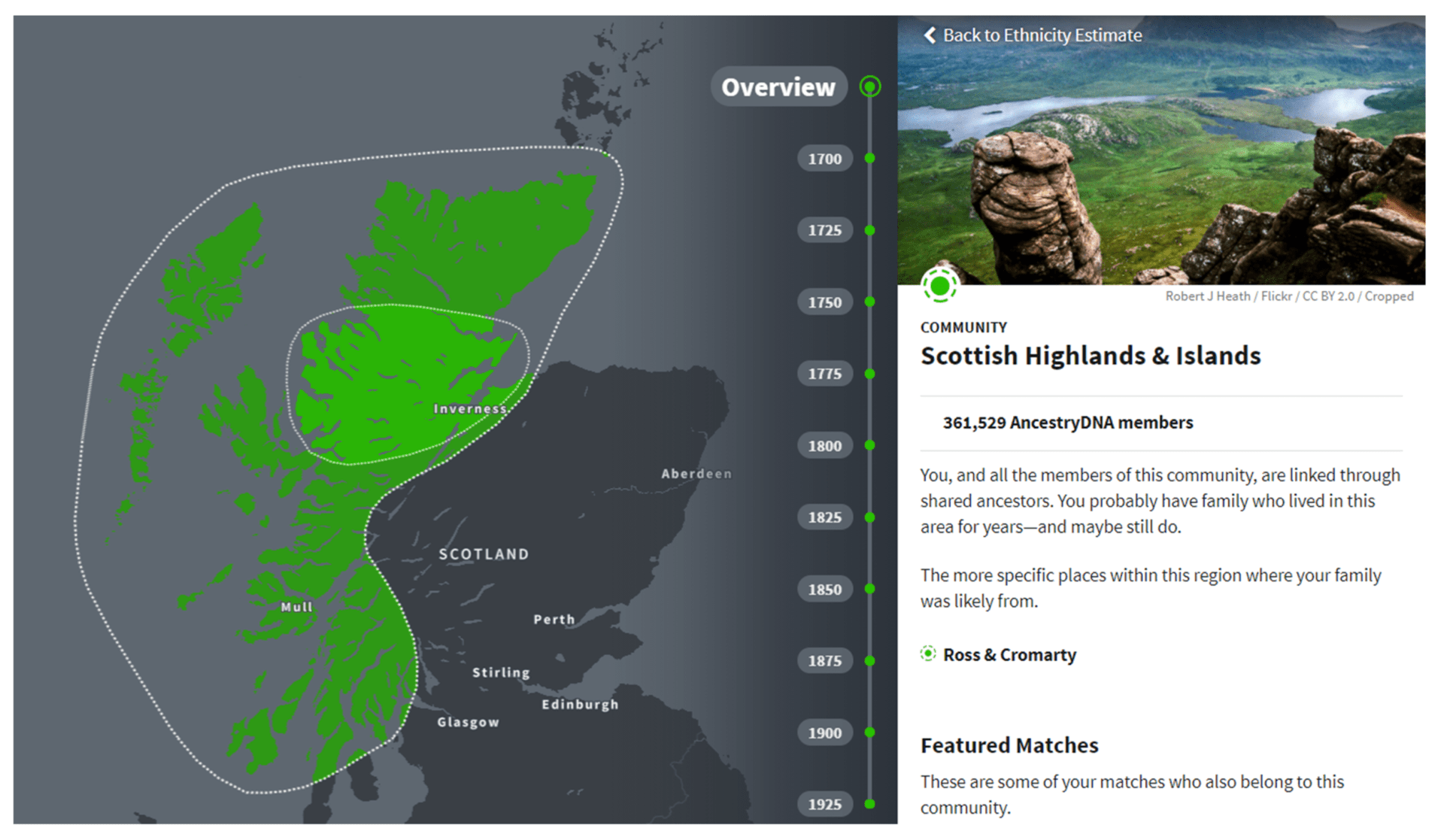 Additionally, while the ethnicity estimate can reach back up to 1,000 years in time, ‘Genetic Communities’ cover more recent ancestry (within the last 50-300 years). So if you have recent Scottish ancestry, you are much more likely to be placed in one than if your Scottish ancestry is more distant. Also look out for Genetic Communities on the test results of close family members (siblings, first cousins etc) as they may be placed in communities that don’t show up on your results. 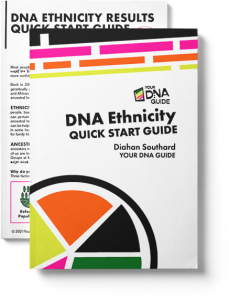 Get our free guide to DNA ethnicity results

Millions of people who have taken DNA tests are fascinated by their ethnicity percentages, but don’t know how much to trust them. We don’t blame you. Ethnicity percentages have changed over time. Some seem vague and others totally inaccurate. What’s the story?

Our free guide to DNA ethnicity results has answers. So, would you like it? We thought so.