Why Take a Y DNA Test

Why take a Y DNA test? Here’s why YDNA testing is so popular—and 3 reasons to consider why you should do it (or have a male relative test) for your family history. 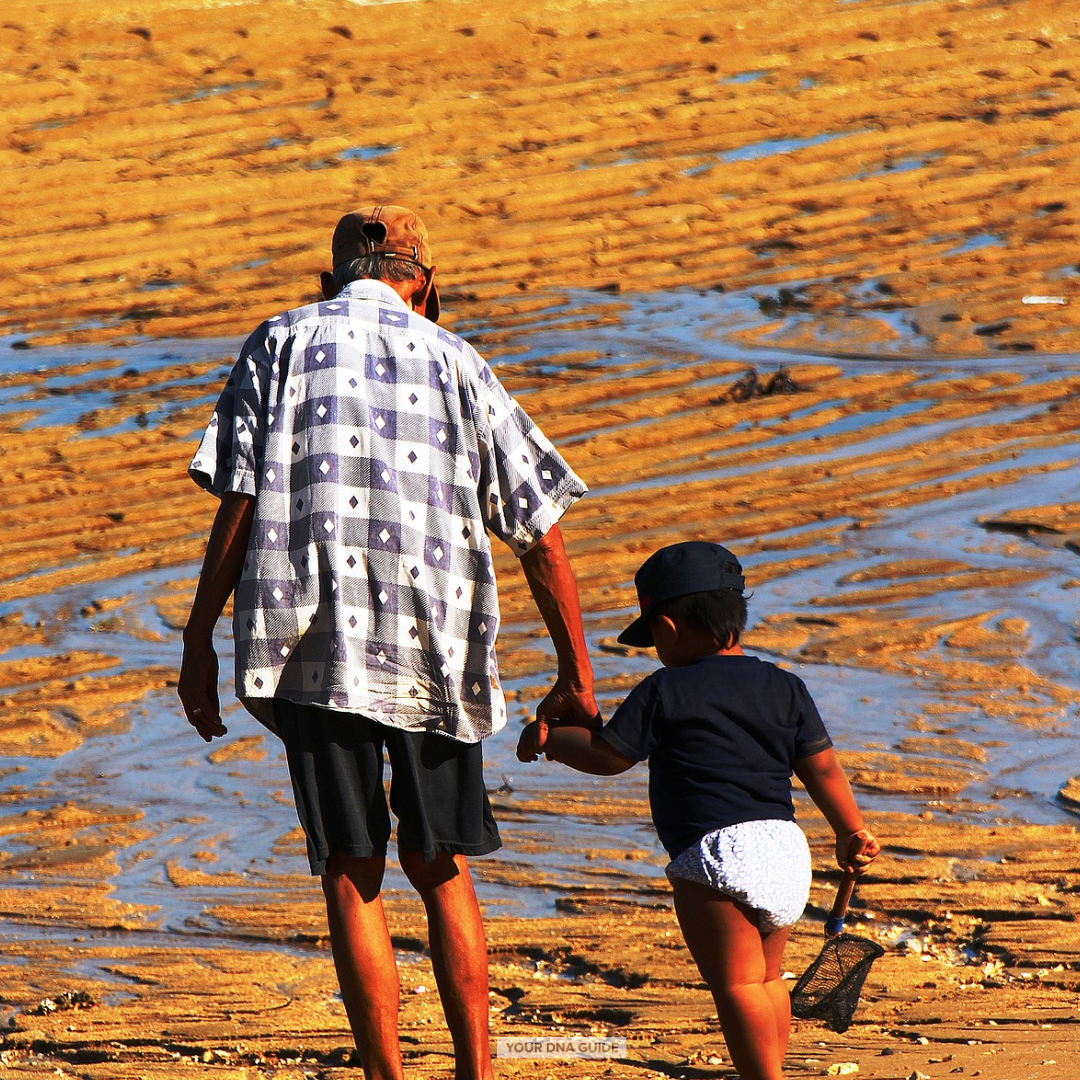 The Y chromosome DNA test, more affectionately referred to as the Y DNA test, is the darling of the DNA testing industry. At least, I think so. In fact, of the three kinds of DNA tests, the YDNA is my favorite (but don’t tell the other two!). It has several excellent qualities that make it useful in many genealogical scenarios, but let’s look at three.

1. You have a missing father on your family tree

Now, all of us should be able to identify with this genealogical problem. Every line in your family history has this problem at some point. Any ancestor whose father is currently unknown falls in this category.

And Y DNA can help.

The specific quality of Y DNA that makes it so attractive in this case is its faithfulness in passing down its record generation after generation, without fail, without changing, from one genetic male to the next. That means that any living male today has the same (or very similar) Y-DNA as every male in his direct paternal line, back 8, 10, 12+ generations. Therefore every man’s Y DNA is the clue that could lead you to discover that missing father. Usually what it takes is a match in the Y DNA database with another descendant of your common ancestor. Ideally, this person knows something that you don’t about that missing father, and the two of you can work together to verify and extend your family history.

(Got a missing biological father of your own that you’re looking for? You’ll also want to read this article on identifying a birth parent through DNA testing.)

While DNA testing has certainly entered a season of relative acceptance among genealogists, there are still many who wonder what the eventual ramifications of having your DNA tested might bring. While this is a subject that certainly deserves some attention, Y DNA is actually the easiest test to sell to a nervous relative. The very qualities that make YDNA testing valuable—namely that every male descendant of a given ancestor will have the same Y DNA—make it equally impossible to identify any particular individual uniquely. This means that the Y DNA record that is created when a man takes a Y DNA test cannot ever be traced back to him alone. That same record could have easily come from his brother or first (or 5th) cousin.

Similarly, the Y-DNA test results have only a tenuous link to your health. The regions that are tested are generally parts that are not useful for determining any kind of personal health or trait information. There have been a few claims here and there, but most are unsubstantiated or auxiliary without a direct link to the Y DNA test we take for genealogy.

3. You have a surname mixup

One of the best applications of Y DNA testing comes when trying to disentangle the relationships of various men living in close proximity with other men of the same or similar surname. Having descendants of these men test their Y DNA is like traveling back in time and conducting personal interviews of each of these men. It’s like saying, “Excuse me, Mr. Moffat? Is this neighbor of yours, Mr. Moffit, your uncle?”

Wouldn’t you give anything for a chance to have that conversation? Well, Y-DNA testing gets you almost there. You might not be able to determine if they are uncle and nephew, but you will at least know if they are kin.

The bonus quality of Y DNA is that it is only offered at one testing company, Family Tree DNA.* So you don’t even have to decide where to be tested. Your biggest decision will be in determining what level of testing to choose. If your budget allows, you can go with the 67 marker Y DNA test. But the 37 marker test is also a very good choice, and you can always upgrade to more markers at a later date without submitting a new sample. (And for the truly ambitious, there’s always the Big Y test.) 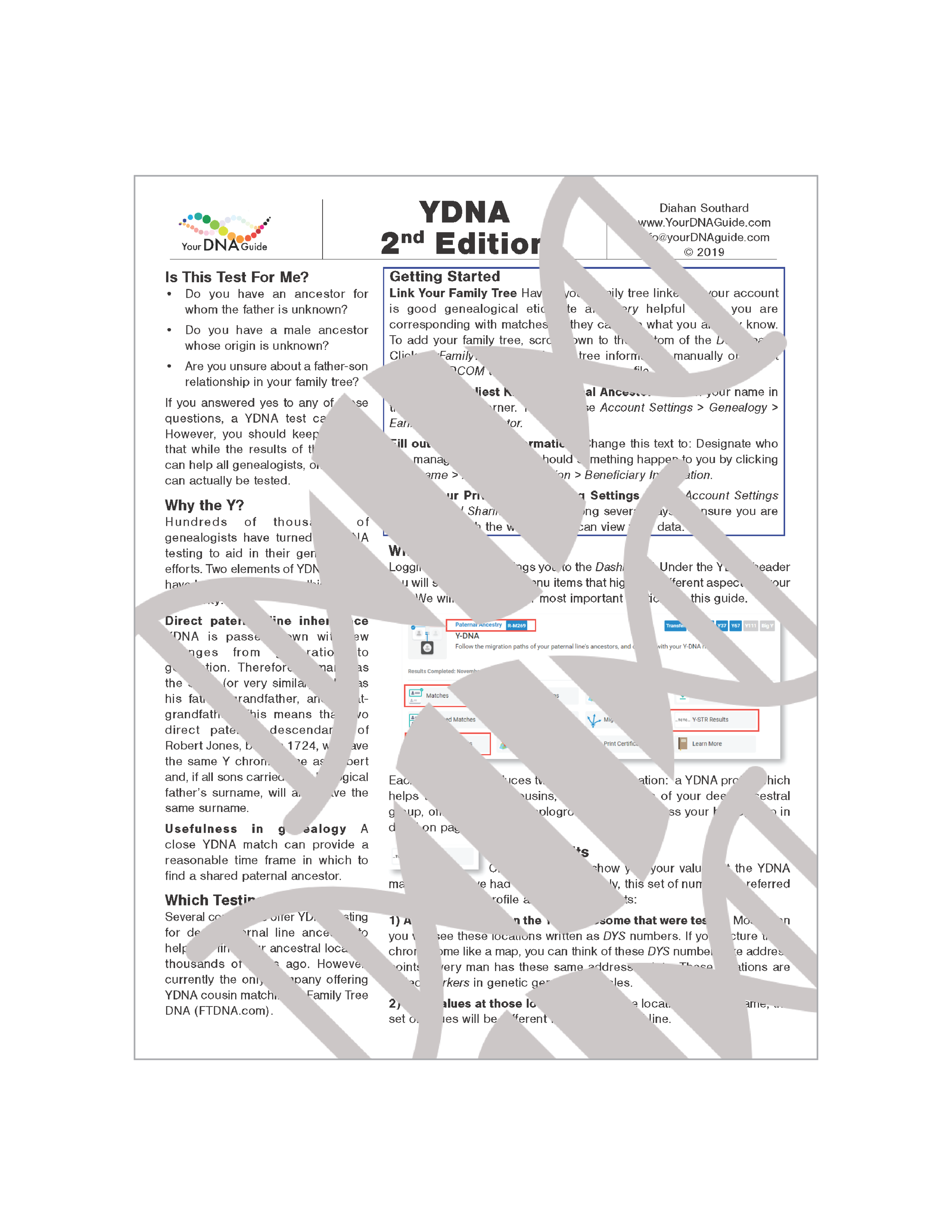 So what are you waiting for? If you have your own Y DNA, go out and start the testing process. If you have been blessed instead with two X chromosomes, send this article over to your favorite male relative and let him know that he holds a very old, very valuable record in his DNA and you want to help him make use of it.

For guidance through the YDNA testing process, check out my Y Chromosome DNA Quick Reference Guide. It’s an inexpensive yet valuable way to make sure you get the most out of your Y DNA testing investment.

An older version of this article was originally published at www.genealogygems.com