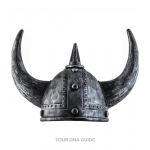 DNA testing company Living DNA has launched a new option: a Viking Index. This feature is based on the ancient DNA results from 446 Vikings excavated from locations all across Europe.

“The Viking era lasted from 789 AD to approximately 1066 AD (Brink and Price 2008, Jesch 2015) and had an enduring impact upon the peoples of Europe,” says the Living DNA announcement. “Many of the royal families of Europe can trace their lineage back to the Viking rulers and the kingdoms that they founded across the continent.”
“Now, using the latest academic and scientific research, we are able to tell you how similar your DNA is to those ancient Norsemen that have captured imaginations for generations. Within 48 hours, you can delve even deeper into your Viking ancestry and explore which Viking population group we have identified most similar to your DNA.”
Wait–you can see which Vikings? There’s more than one kind? Yep. They divide Vikings into four distinct genetic groups:

The new tool compares your DNA to these ancient profiles, and to the fellow members of the Living DNA database. The result? Your Viking Index. 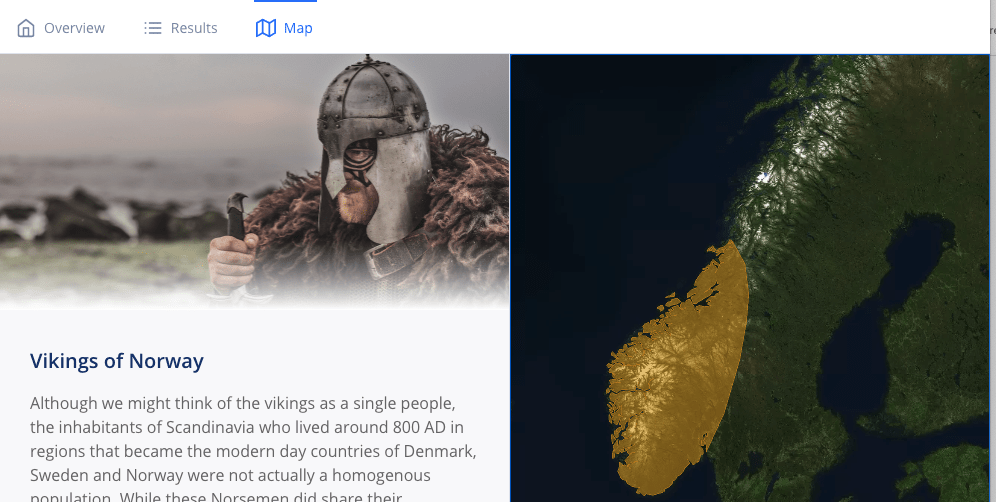 So in my case, I am 57% more Viking than other people in the Living DNA database. Perhaps that earns me one of those fancy hats with the horns…?

Remember, this isn’t necessarily a measure of how Viking you are, but rather if you are more or less Viking than other members of the Living DNA community. Additionally, you will find out if you are more closely aligned with any of their various subgroups (Norwegian, Swedish and Danish, British and North Atlantic, or Eastern European). This is just another way to explore what your DNA can tell you about your ancestral ethnicity.
There is a $20 fee for this bit of insight into your deep ancestral past, available whether you test with Living DNA or upload your test results from another company (as long as you have European ancestry). It’s all in fun. You’re not going to make any family history relationship breakthroughs, but you might satisfy a curiosity. Or earn yourself some fresh bragging rights at the next family gathering–and perhaps awaken another relative’s interest in testing.
Get our free guide to DNA ethnicity estimates
Haven’t tested with Living DNA? Here’s my review, to help you decide whether Living DNA is right for you.

Want to give it a try? Here, again, are your options. Any purchase you make using these links will earn us a small commission at no additional cost to you–thanks for using our links!