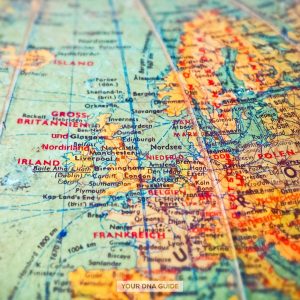 There is no doubt that this is an exciting time to be a genealogist! In a ground-breaking development in the DNA world, AncestryDNA’s scientific team has published an article in the journal Nature: “Clustering of 770,000 genomes reveals post-colonial population structure of North America.” Or, in more understandable terms, “Your DNA  can tell us where you came from in America in the last 500 years.”

So how did they do this?

Well, the power really is in the numbers. In this particular paper they used 770,000 people, but now that they are approaching having testing 4 million people, you can bet the same principles will be applied to a larger data set and we will see even more as a result.

Even though it takes a large data set to accomplish this, it really all still comes down to the relationship of two people. To start, Ancestry determines how just two people are genetically related. Then they find out how those two are related to a third, again, looking only at pairs of people. This goes on and on and on until everyone in the group has been compared.

Then they use a graph to plot those relationships, with those more closely related clustering around each other. Then the real key—the point where we see the marriage of genetics and genealogy—they add in the family history information for each of these individuals in the cluster.

What they found was astounding. They have displayed the data in Figure 3 in the paper, which you can see for yourself if you click on the article link above. It’s a map of the United States with colored dots scattered across the landscape. The location of the dots corresponds to the genealogy of those tested, while the color of the dots relates to their genetic clustering. Those who clustered closest together are the same color. The result is a nearly perfect rainbow, with each color holding its respective spot on the map, with very little overlap between groups. (There are actually two maps in the paper, just to make things easier to see.)

Why this is a big deal

We might be tempted when looking at the maps to think, oh, well, of course there is a large population of European Jews in New York, everyone knows that, no breakthrough there. But it IS!! This isn’t a history book that is telling us this: it is their genetics!

As if that wasn’t exciting enough, further on in the paper they describe how they can trace migration patterns of different groups over just a few generations. In the paper they specifically mention French Canadians and Cajuns/Acadians, but this same principle can theoretically be applied to dozens of other groups.

What this means for you

We are getting closer than ever to being able to tell you who you are and where you came from using your DNA. For example, let’s say you have an ancestor in Texas about four generations ago, but you aren’t sure where she came from. If technology like what is published in this paper ever reaches your testing company, your DNA could tell you that you fit into the Lower South group, meaning that your ancestor likely hails from, well, the south!

But maybe instead your genetics identify with the Upland South, which means you need to explore records from Arkansas, Tennessee, and North Carolina. This is just a glimpse into what the advances in genetics are bringing to your genealogy toolbox.

More to discover at AncestryDNA 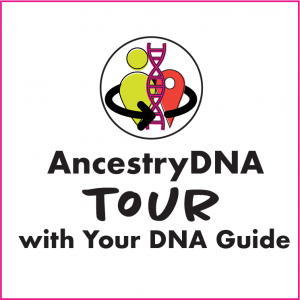 Genetic Communities are just one of the features that Ancestry offers. AncestryDNA has a plethora of other great genetic genealogy tools you can use to track down more information about your family history. Learn about the other features Ancestry offers and how you can make the most of them with our AncestryDNA Tour. The AncestryDNA Tour includes over 90 minutes of video instruction divided into 16 different segements, and comes with a printable, interactive workbook, so you can apply what you learn to your very own tree. With the Tour, you’ll be an AncestryDNA pro in no time!