DNA testing companies have been hard at work, re-calibrating our ethnicity estimates based on newer and better data. 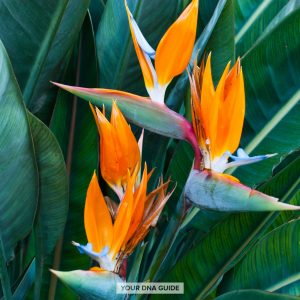 DNA ethnicity results—those pretty pie charts and percentages—are based on fancy math and reference populations. The initial reference populations released by our testing companies were a great start, but many categories lacked sufficiently high numbers of people to represent all of the facets of a population.

In the 10+ years since their release, many updates have been made. But the fancy math that is used to produce our percentages can only be as fancy as the numbers you give it. Well, the numbers have been hard at work at Family Tree DNA, AncestryDNA and 23andMe in the past couple of months, with the result being a major overhaul in the way our ethnicity results are reported.

23andMe recently increased their 31 ethnicity reference populations to 150 categories. For me—the totally 100% European me—there wasn’t much change. I had a couple of numbers move up or down slightly, but not anything to write home about. However, I am certain those with South American, or Eastern European ancestry have a much different story. 23andMe added many new reference populations to better represent these underrepresented areas of the world, a move which has likely made a big difference for the ever-diversifying pool of individuals who have taken a DNA test.

AncestryDNA also released their latest ethnicity update in September, after adding an additional 13,000 reference samples to their database. They not only upgraded their numbers, but also shifted some of their categories around based on this new data. They seem to not be quite sure what to do with Ireland, as in early 2017 it was its own category, later moving in with Wales and Scotland, and now appears in this latest update as simply Ireland and Scotland.

My previous numbers from AncestryDNA seemed to at least loosely reflect my heritage (meaning that I do actually have people in my genealogy chart from a few of these places). But the new numbers? Big changes!

I have one set of great-grandparents from Germany, but it looks like nearly all my German was sucked into England. Miraculously, though, they seemed to have precisely found my Swedish 2x-great grandmother, with the 7% that I should have from that area.

With the new update, though I am sad to see my German go, AncestryDNA is now more fully in line with the results I have received from 23andMe, LivingDNA, and MyHeritage, all of which put my England/British Isles count up around 90%. If I compare my results from various companies and combine any subcategories into one England/British Isles category, indicate Scandinavian, and then lump everything else together, the results from the four companies are actually quite similar (I don’t have my own results at Family Tree DNA, only my parents).

Where are the “best” ethnicity results?

So which company is the best at all of this? Well, I usually say that if you test everywhere, your “true” answer is likely somewhere in the middle. But really, you can determine which company is best for you by examining their reference populations, and determining which company is most likely able to meet your goals. In the end, it is always good to remember two things: your DNA does not fully represent your family history, so your ethnicity results can’t possibly tell you everything about your heritage. Second, this technology is purposefully titled as an estimate. So be sure you treat it that way.

There’s so much more to learn about ethnicity results!

Originally published on July 2018 on genealogygems.com.