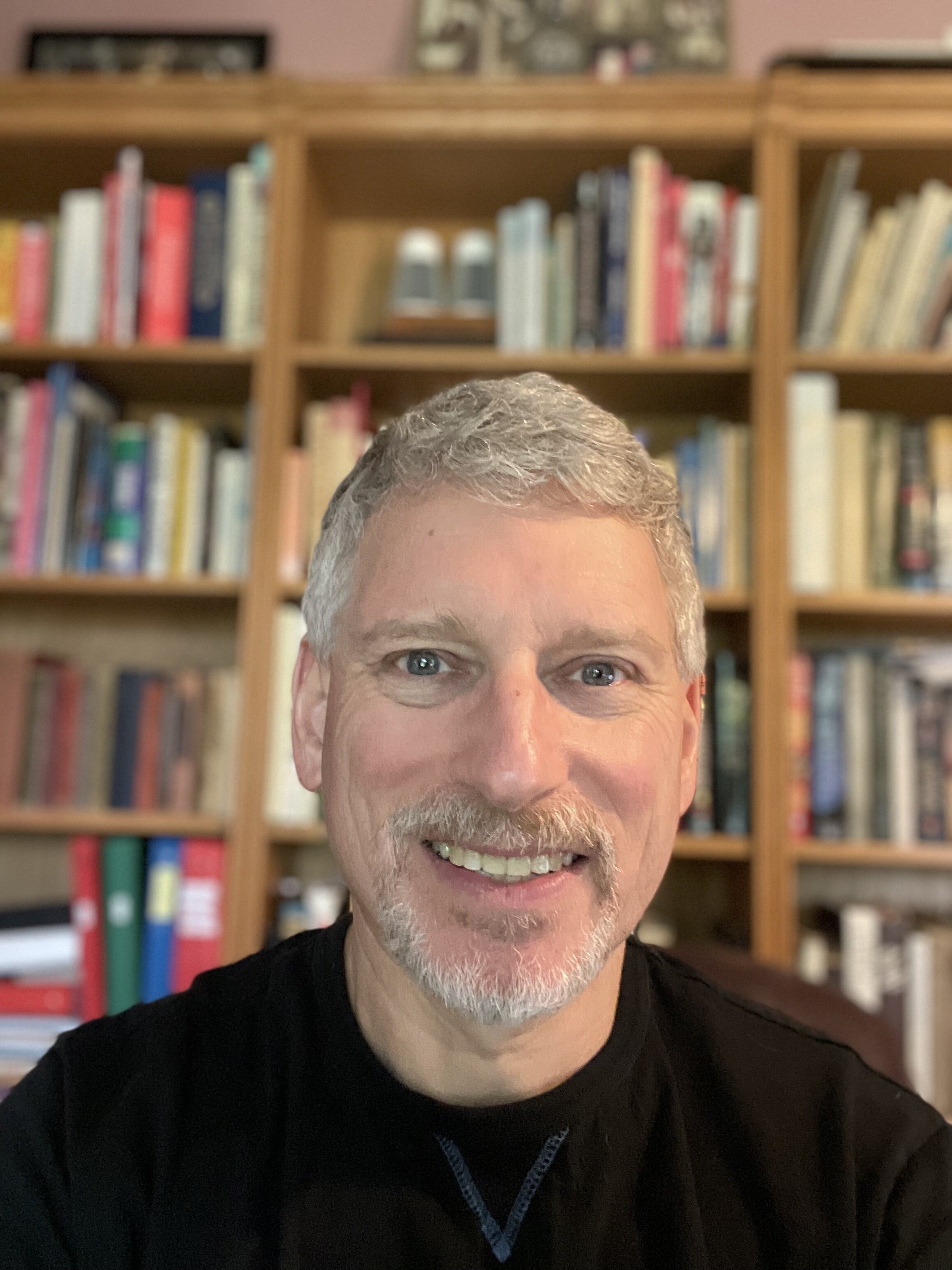 Finding birth parents of a foundling ancestor is a challenge DNA can often help with. See step-by-step how one researcher is finding answers for an Italian “brick wall” ancestor on his wife’s family tree.

Guest author Greg Clarke was always interested in family history, mapping out the branches of his adoptive family tree. After his first DNA test just a few years ago, he connected with his birth family—including a full sister and brother, and half-sister—and is filling out a whole new tree of discoveries. He is a husband, father of 3, retired high school math and computer science teacher, church music director, Doctor Who fan, and “genealogy addict.”

I enrolled in Diahan Southard’s DNA Skills Workshop with a brick wall question:

My wife Julie’s father’s father, “Nonno” Francesco Tulipano, was a foundling. He was born (or at least birth-registered) in Cosenza, Calabria, Italy. Neither birth parent was indicated on his birth record. Who were his parents? 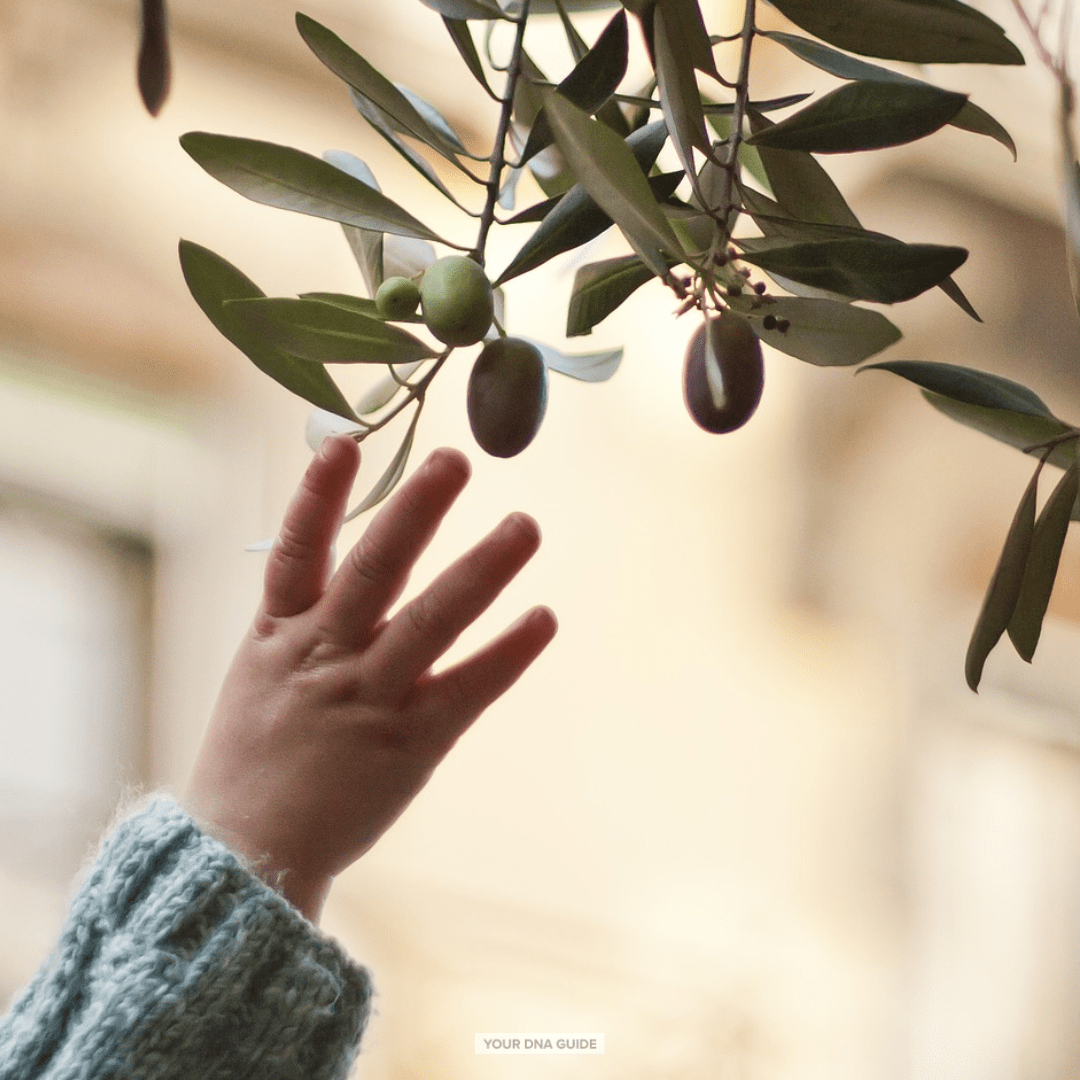 Julie took an AncestryDNA test, but none of her DNA matches were familiar. There were no 1st or 2nd cousins among the bunch, just a couple names we recognized, but didn’t realize were related. One of her 1st cousins had tested on 23andMe, so in preparation for this project, I had him do a Y-DNA test on Family Tree DNA, and had his father take an AncestryDNA test. Neither test results were available yet at the beginning of this project. 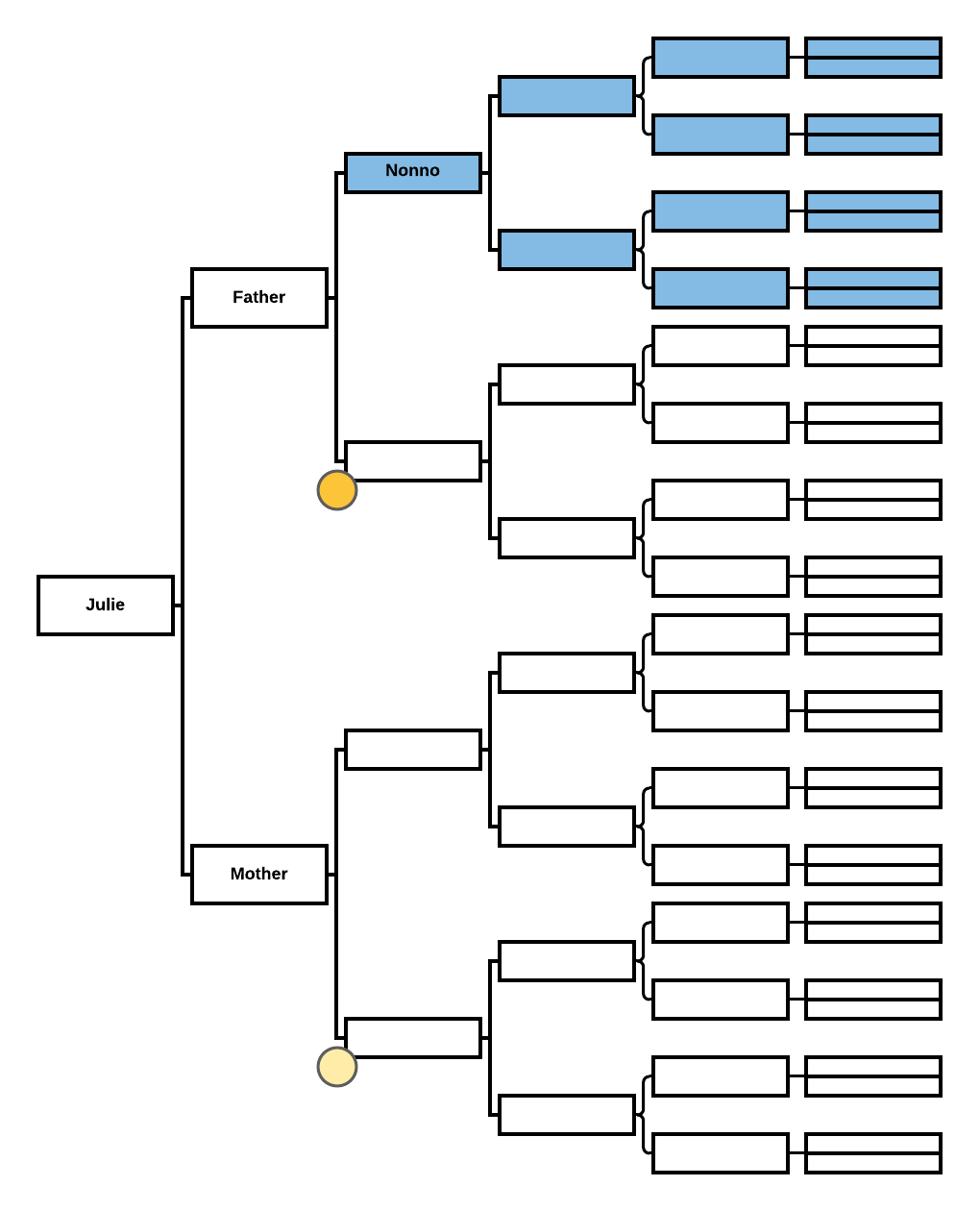 In the DNA Skills Workshop, I created genetic networks that would help me identify her DNA matches who also descended through Nonno’s mystery family. I first identified a cluster of matches that were related on one branch of Julie’s mother’s mother’s side, and using the Ancestry dot system, labeled them all with pale yellow dots. (The hope was to exclude them all from my analysis, since they’re from the other side of the family.)

Thanks to ThruLines, Ancestry’s tree reconstruction tool, I was able to find people who matched on Julie’s father’s mother’s side (Nonno’s wife) and gave them all bright yellow dots. I knew I was in trouble when 90% of the matches that were now dotted had BOTH shades of yellow dots! In fact, the number of matches that had NO dots was pretty small, especially very few quality matches who had a significant amount of shared centimorgans (cM). That means at least some of her ancestors on her dad’s side and her mom’s side were related to each other.

My rationale then, was that the ones with no dots are the “leftovers” I need to work with to find Nonno’s relatives. (I could rule out the fourth grandparent line, Julie’s mother’s father’s side, for other reasons not explained here.) The “leftovers” are NOT related to the cluster of relatives who grew up and were descended from the same small-knit community of Belsito, Calabria, Italy. As a foundling, Nonno was probably from a different town, or at least one of his parents was.

I focused on the match with the most shared cM as my Best Mystery Match. Let’s call her Jane. She had an Unlinked Tree, shown below, but only had initials for a username, and it was managed by a relative. (So, maybe not the best of Best Matches possible, but it’s what I was dealt—and as it turned out, it was enough.) 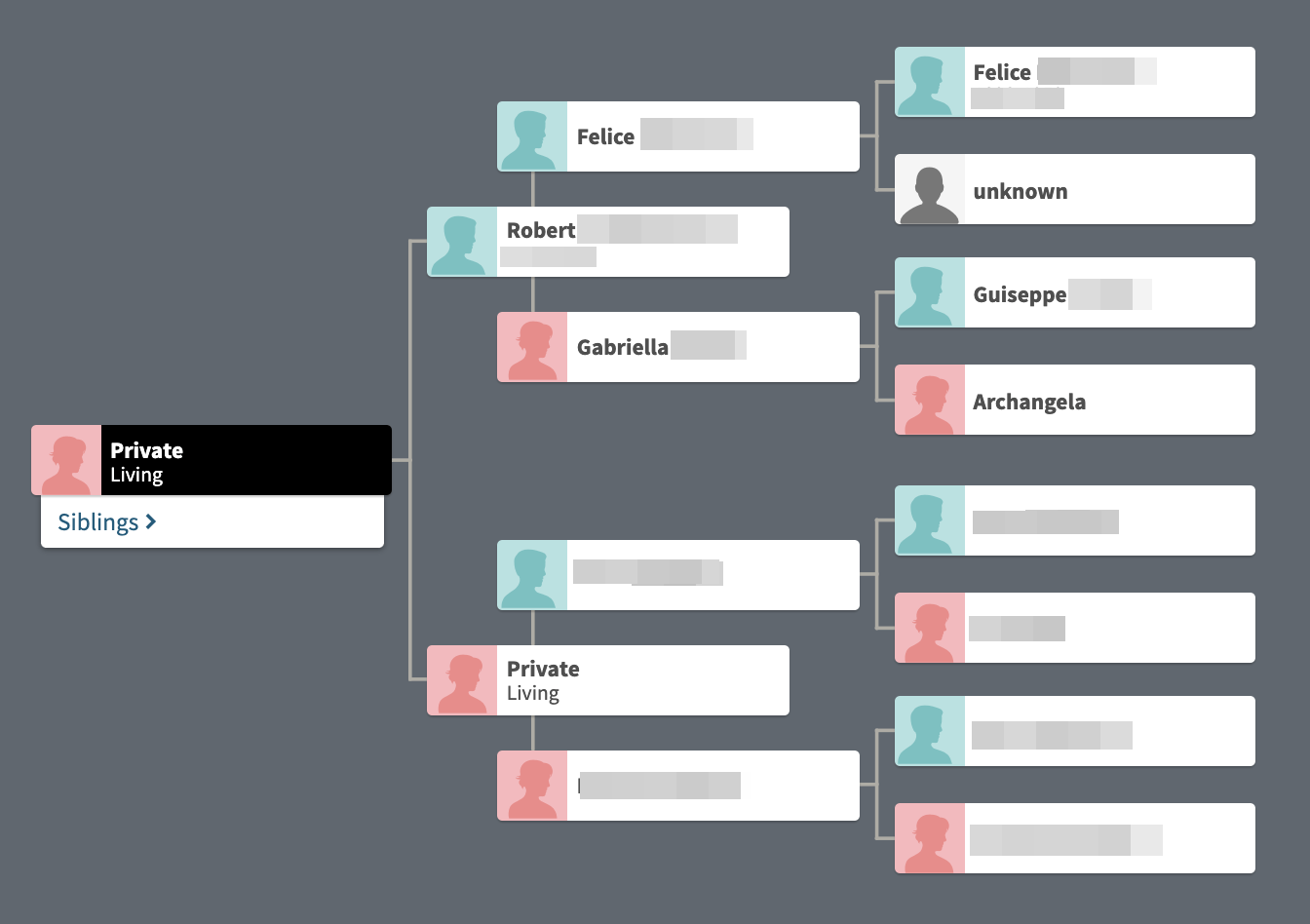 Where did Jane fit on this Unlinked Tree? Was she the “Private” daughter of Robert? Was she Robert’s wife, also marked “Private”? Because of the amount of shared DNA, if Jane was either of those people in the tree, I figured ONE of those names HAD to be one of Nonno’s parents or a sibling of them. Here were Ancestry’s suggested genetic relationships for Julie and Jane:

Problem was, there was no way of knowing what the generation of connection was between Jane and Julie without her being linked to the tree. 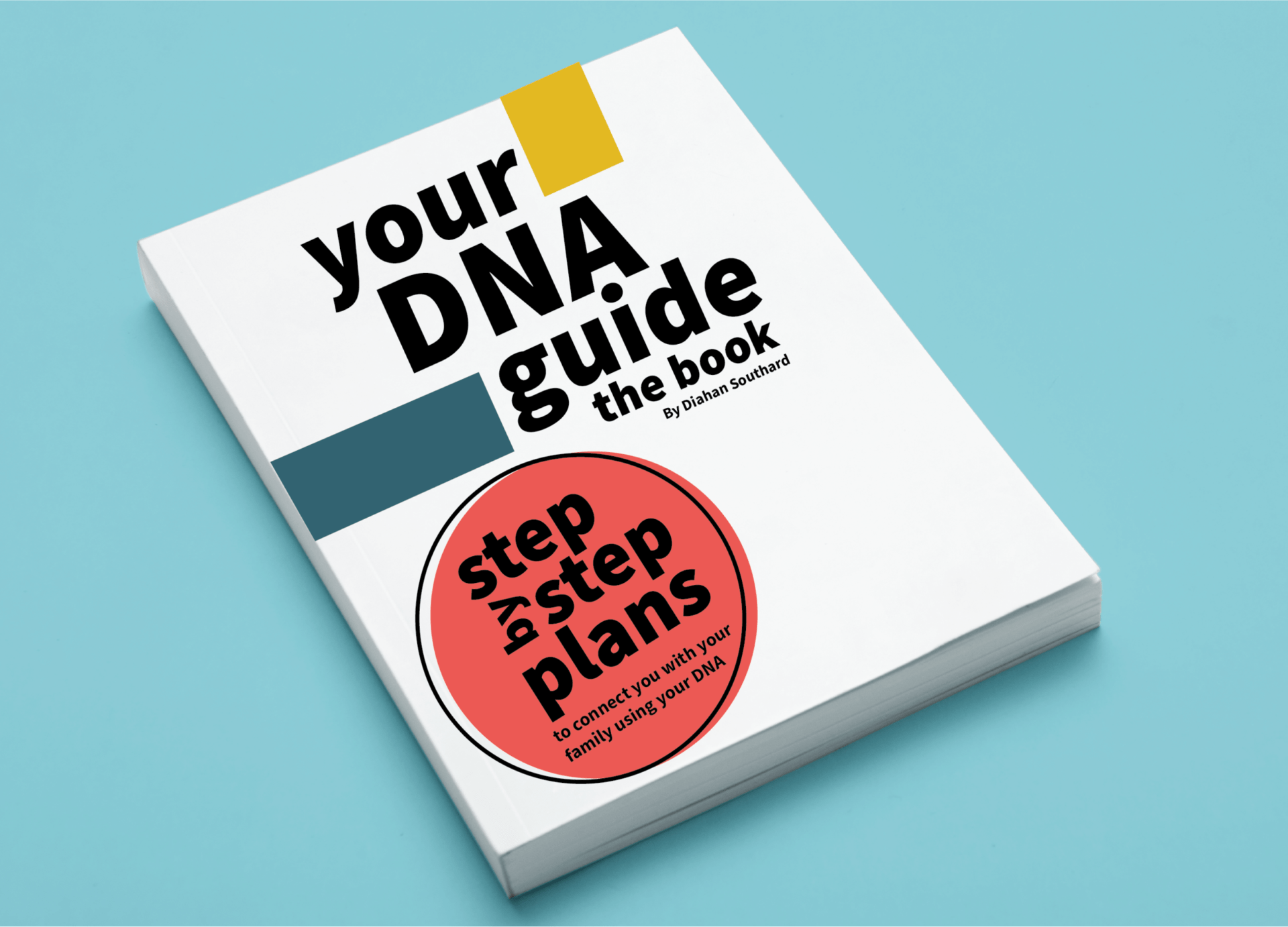 Then came the breakthrough technique of building “quick and simple trees,” as Diahan teaches in the DNA Skills Workshop. I started with the only name on Jane’s tree with a birth and death date (Robert) and built out his tree. It was surprising how quickly I was able to replicate Jane’s unlinked tree. Then I started delving into the hints to flesh out more about the family. Robert’s father was born in Italy; I couldn’t go any further back on that line until I had access to those records from FamilySearch (they were restricted on the site, so I needed an affiliate library, and I had none close by). Finally, a hint cracked it wide open! One relative’s obituary mentioned all surviving relatives, including his sister, who had Jane’s initials and who fit the possible relationships. Things fell into place after that. It turns out, Jane herself was not even shown on her unlinked tree! However, with this newfound information, I could isolate and focus only on Robert’s branch of her family.

Then I did some Facebook investigating as Diahan recommended, again a new technique for me (kind of creepy, but very effective). I was able to place the other living relatives who had been hiding in the DNA match list all this time, and I even made contact with one of Jane’s nephews.

And—breaking news—Julie’s paternal uncle’s DNA results have finally come in! Hurray! At the top of the list appears Jane with the expected amount of shared DNA. (Phew! I was right! This was where she belonged). Now that I can use her uncle’s DNA match list, I don’t have to use Julie’s anymore, which eliminates the distractions of all of Julie’s mother’s side. On the uncle’s match list, I dotted the matches who shared with Jane. It’s a relatively short list, but a few new names popped up that hadn’t been on Julie’s list. Interesting!

Time to try a new tool: What Are the Odds, also covered in the DNA Skills Workshop. Based on shared DNA, it calculates relative probabilities for someone’s position on a family tree. Here is what WATO gave me when I entered in several hypothesized relationships for the uncle:

SO, WATO seems to suggest that the uncle (labeled as “Hypothesis”), is either a full 1st cousin, 1st cousin 1x removed, or half first-cousin. OK, what else is there in the uncle’s DNA matches? The next best match—let’s call her Sondra—shares 500cM and has another unlinked tree, this one with very little detail and no familiar names: 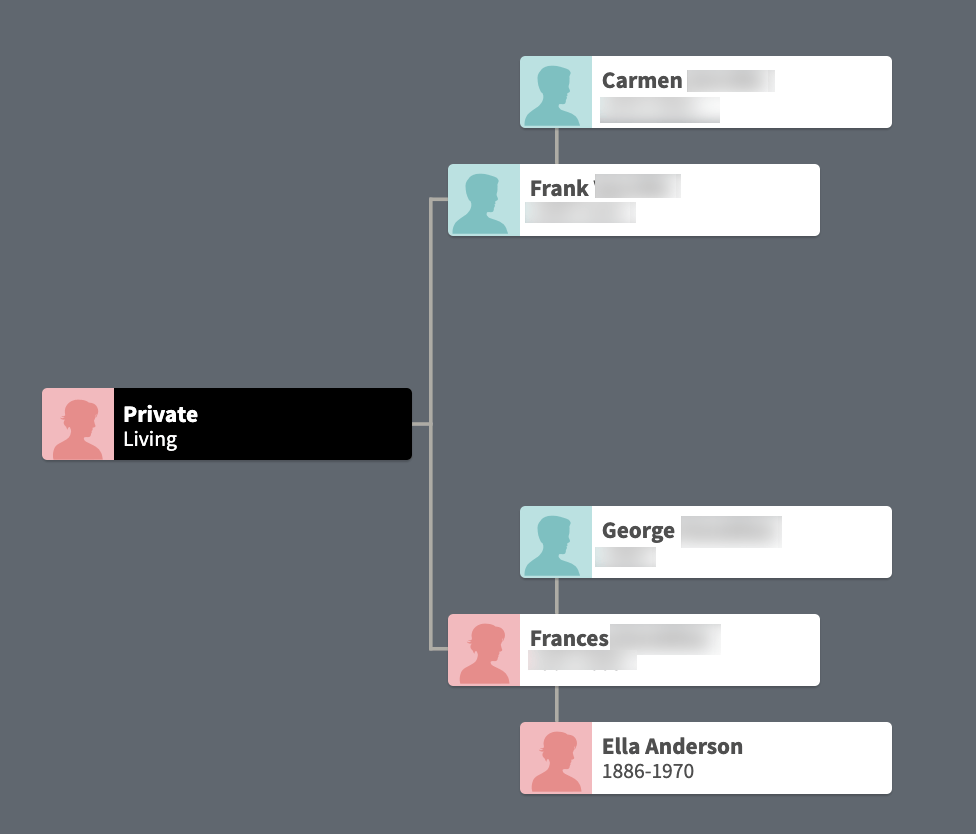 As luck would have it, a new library came on board with the FamilySearch library affiliate program that was only 45 minutes away AND it was open for business (no longer closed down due to COVID)! Hurray! Time to do genealogy. After 3 sessions (or should I say ob-sessions) over the past 6 days, I discovered in Italian records that Felice (Robert’s father from Jane’s tree) also had no parents named on his birth record. Another foundling? Interesting. Frank’s parents (from Sondra’s tree) lived in the same hometown as Julie’s parents and grandparents. The father and son migrated to the United States in 1910 without the mother because she had already passed away. AND the parents of that deceased mother were also the parents of Nonno’s wife! So now we could eliminate all shared matches with Sondra, because they were on Nonno’s wife’s side of the family.

Next steps in solving a DNA Brick Wall

Now that I have eliminated essentially all (or at least most) of the matches from Nonno’s wife’s side, what’s left must belong to Nonno’s own parents. I have found one very close cluster who all who descend from Felice and Gabriella on Jane’s tree. From the amount of DNA, confirmed by WATO, it seems very likely that Jane is either a first cousin or half first cousin to Julie’s uncle.

I am in contact with the niece who manages Jane’s AncestryDNA account, and she is willing to help me out. Once I get access to that, I should be able to determine which matches SHE has that the uncle does NOT have. In particular, I will be looking to see if any of Gabriella’s descendants show up in her list (and NOT on the uncle’s list). Following the rationale of Diahan’s “ask the wife” strategy, then we could rule out Gabriella’s line as the most recent common ancestor, and confirm that Felice—the fellow foundling—is indeed Nonno’s brother or half-brother.

To further confirm this thesis, (pending the outcome of the Gabriella investigation) I intend to ask one of the men who descend from Felice on a paternal line to do a Y-DNA test. If it matches the YDNA results of Julie’s uncle’s son, then we would have some solid evidence pointing to the two foundlings sharing common paternal roots.

All along, I had assumed that if Nonno was a foundling, his biological parents had connected briefly, and were probably not from Belsito, and quite possibly not even from the same town themselves. Going in, I also presumed that I would be looking for some type of half-relationship (that this connection was a one-time thing). The WATO results, plus the very high 758 cM match between the uncle and Jane (which Ancestry pegs as 93% likely to be first cousin, and only 6% likely to be 1C1R) have me questioning that assumption. Add to that fact that, there are not any significant matches left “undotted.” So I’ll keep building out trees and pursue that YDNA question! There may still be more to this tangled tree for me to learn.

Thanks, Greg, for describing your progress on this fascinating DNA mystery! The strategies and skills Greg talks about come from Diahan Southard’s hands-on, six-week long DNA Skills Workshop. The textbook for the DNA Skills Workshop is Your DNA Guide—the Book, which comes with the Workshop but is also sold separately, for those who want to try learning on their own.