Finding Great Grandfather | How I Finally Found Out Who I Am

Finding her great grandfather wasn’t easy, but she did it. See how this DNA detective is learning to use genealogy to fill in gaps on her family tree.

This guest blog post is written by Pamela Sue Hinton, whom we met when she took the YDNA for Genealogy Course. Thank you for sharing your story, Pam! 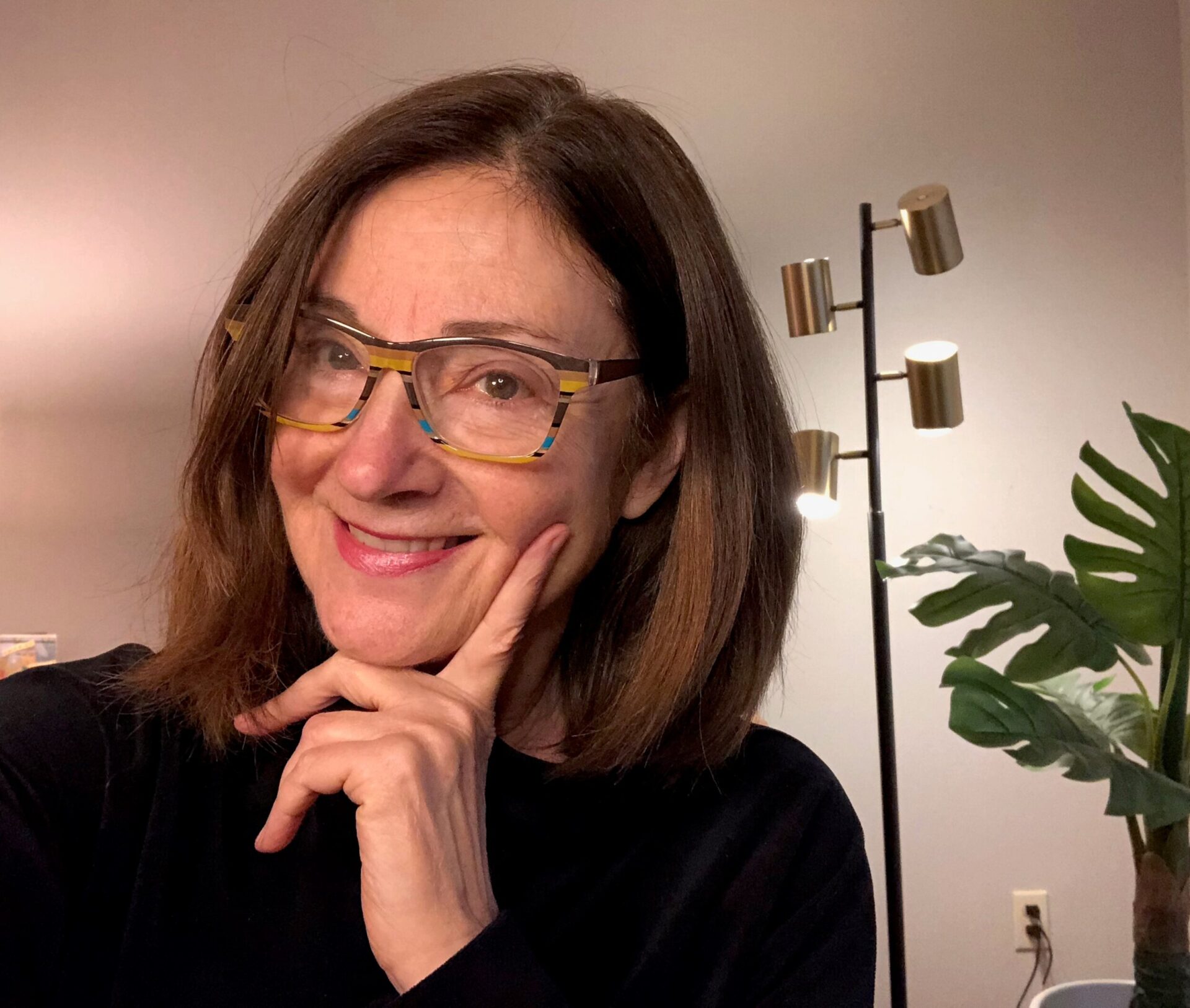 My birth certificate states my legal name as Pamela Sue Hinton, but I’ve never identified with “Hinton.” “Hinton” always sounded boring to me. Still, that was my father’s last name and my grandfather’s last name, so that became my last name, too.

But that should never have been my last name at all.

As a kid I didn’t pay much attention to some things the adults said, but I did hear hushed stories of the difficult childhood my grandfather, Aaron Jesse Hinton, Sr, had in the early 1900’s. In fact, he wouldn’t speak of it. 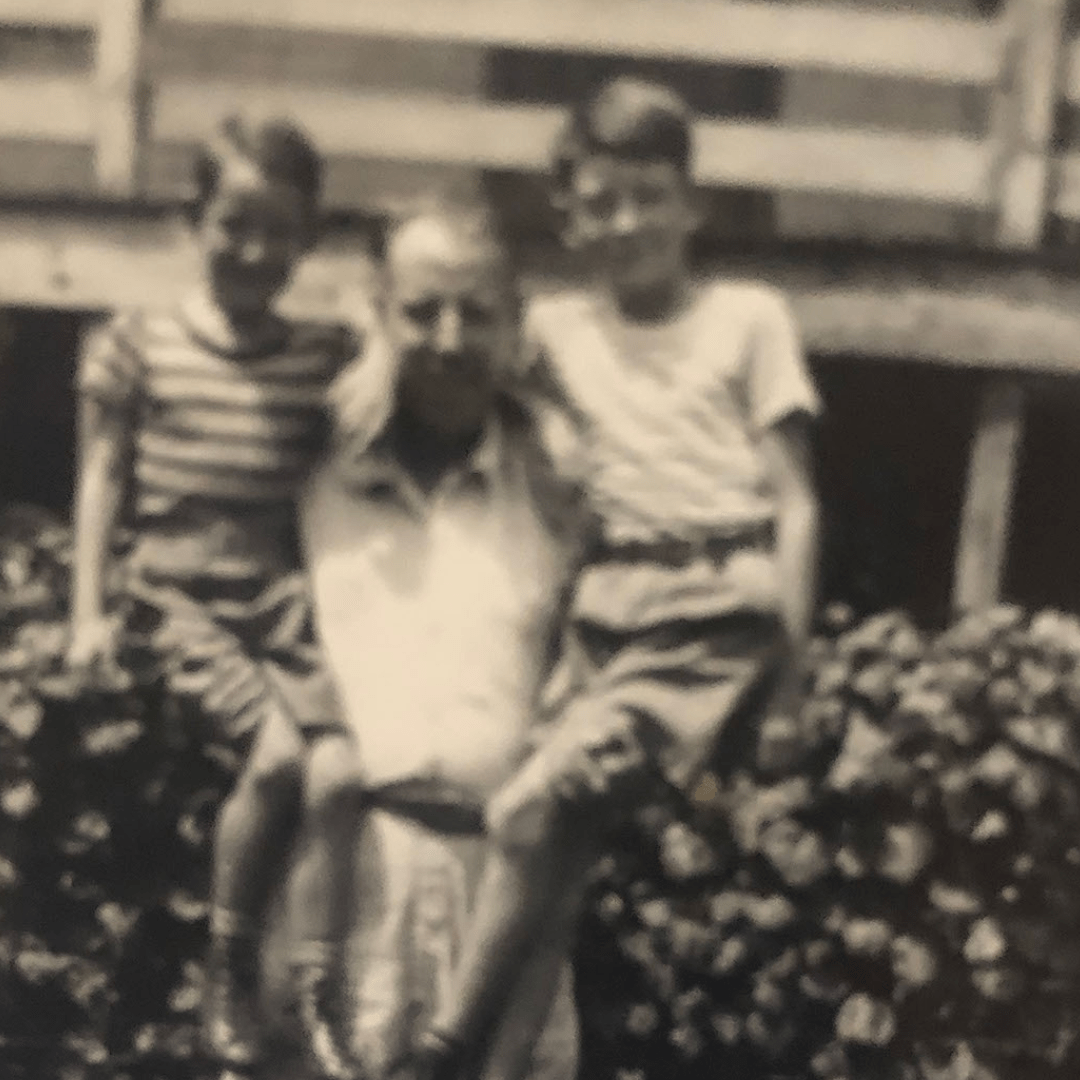 Aaron Jesse Hinton (should have been McCollem!) holding his two sons, Charles and Aaron Jr (Pam’s father). Photograph taken around 1937.

Grandpa was born in December of 1904. We were told he was left on the doorstep of strangers because his parents couldn’t afford to provide for him. A couple named Alfred and Eva Hinton raised my grandfather, which is why he had the surname Hinton. It was rumored that Grandpa also had a younger brother, raised by different strangers. Somehow Grandpa knew his little brother’s name was Art Kunkle. The names of the boys’ birth parents—my great-grandparents—remained unknown. 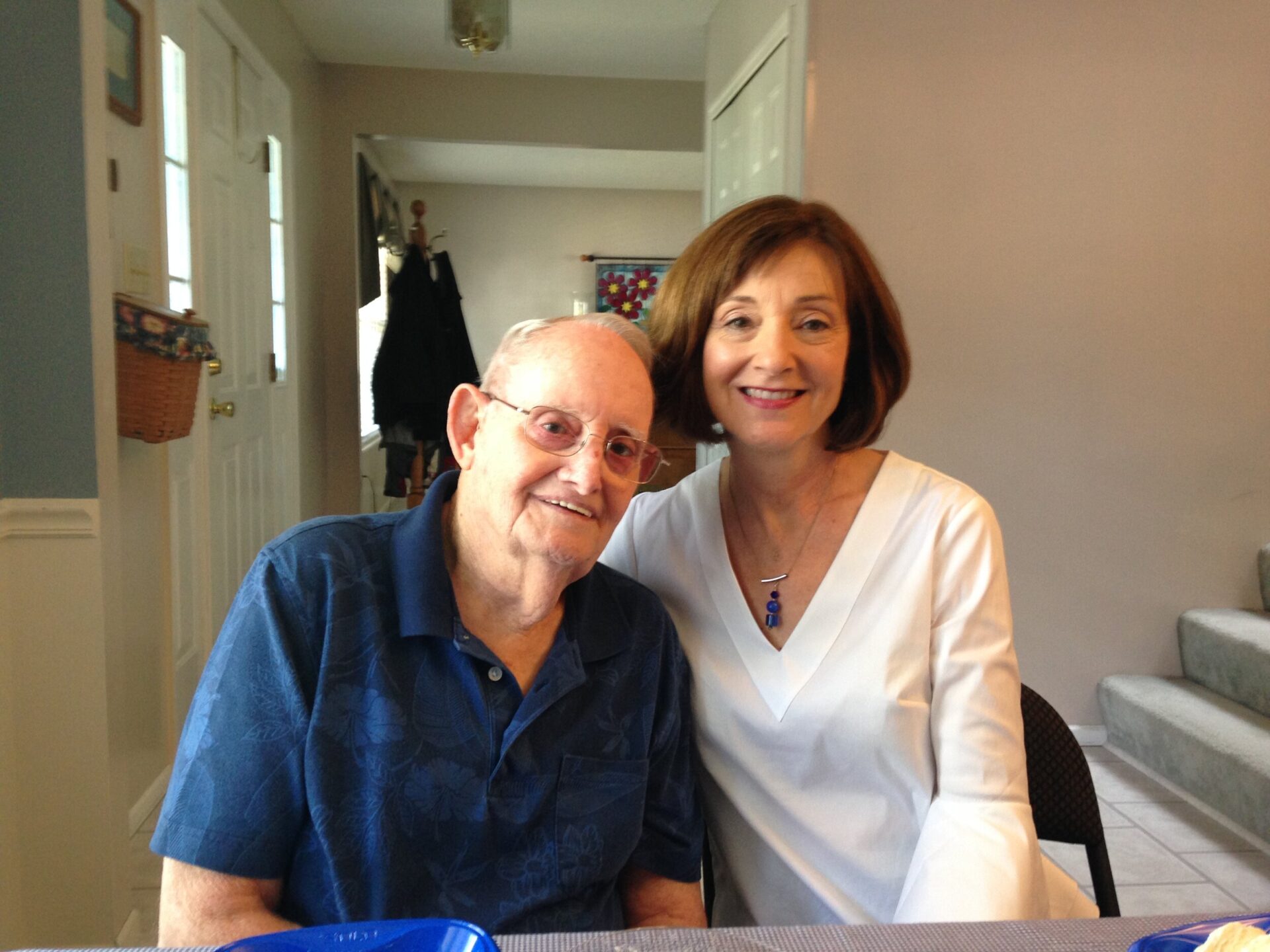 Pam with her Uncle Charles in 2017

Grandpa died in 1991 without knowing who his birth parents were. His oldest son, my father, died in 2000. In 2016 my Uncle Charles and I started wondering about these people, the couple who gave my grandfather life, but then gave him to the Hinton family. They were my uncle’s and dad’s unknown grandparents and my unknown great-grandparents.

Uncle Charles told me one more story. In 1951, Grandpa’s foster father Alfred Hinton died. Uncle Charles was 19 years old and accompanied Grandpa to the Indianapolis funeral. While at the funeral, Eva Hinton, my grandpa’s foster mother, tried to introduce him to a woman. Eva said, “I’d like you to meet your mother,” and she said the woman’s last name was “McCullough.” Grandpa was disgusted. No, he did not want to meet the mother whom he felt had abandoned him. And so the last chance he had to know his mother (and the last chance my uncle had to know his grandmother) passed.

Who was this woman? And who was Grandpa’s birth father? Could Uncle Charles and I figure this out together?

We thought DNA analysis might lead us to relatives of the unknown birth parents we were looking for. We both tested with Ancestry.com and with 23andMe. Yes, there were interesting matches and a different family mystery was solved, but not the one concerning Grandpa’s birth parents’ identity.

Find which DNA test is best for YOU

I poked around Ancestry.com. Perhaps looking for my grandfather’s brother, Art Kunkle, could help. I found him in the 1910 census. He was 2 years old, cited as the son of Bernie and Eva Kunkle in Indianapolis, as expected. BUT…I was incredulous to find my grandfather living there, too. “Aaron Kunkle, son” was listed as 5 years old! What? My grandpa apparently lived with his brother and the Kunkles in 1910. This was news!

In the 1920 census, Art was still living with Bernie Kunkle in Indianapolis, but without Aaron Kunkle or Eva Kunkle, the foster mother. By then, Aaron Hinton was living with Alfred and Eva Hinton in St. Louis. How did my grandpa go from the Kunkle family in Indianapolis in 1910 to the Hinton family in St. Louis in 1920? Why was he separated from his younger brother?

Asking YDNA who his father was 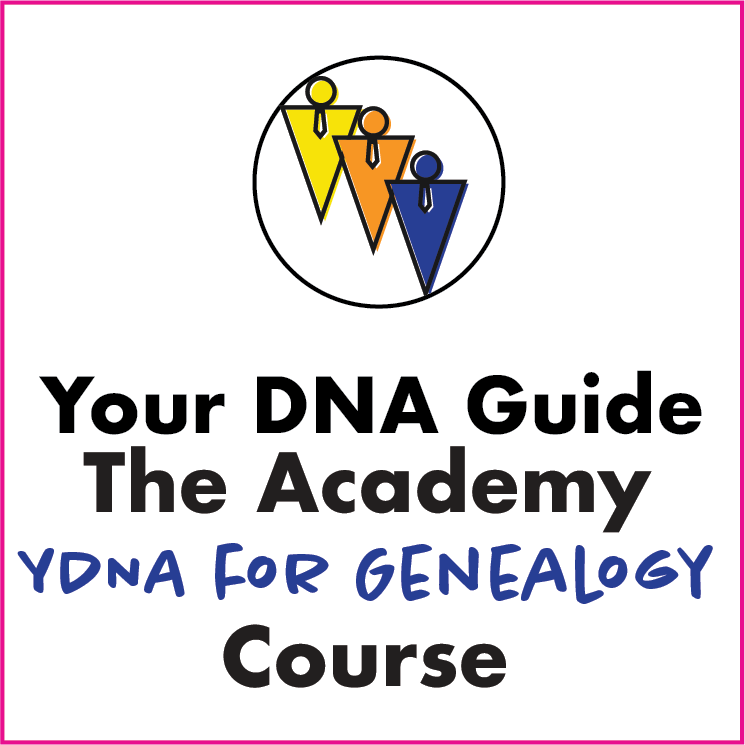 Maybe a Y-DNA test would lead us directly to other men sharing my uncle’s paternal line. Uncle Charles graciously took a YDNA-111 test with Family Tree DNA. And this brings me to Diahan Southard’s YDNA for Genealogy Course in the summer of 2021.

Diahan Southard’s Y-DNA class helped me understand that my uncle had received not even ONE really reliable match from his YDNA-111 test. Over and over, throughout the course, Diahan would say when we hit a brick wall with our interpretation of DNA results, we need to “do genealogy!” One strategy I learned from Diahan was to search other members’ public family trees on Ancestry.com to find other people who might be researching the same individuals I was.

On July 7, 2021, I decided to search Ancestry members’ public trees for the name “Art Kunkle,” my grandpa’s younger brother. I contacted a tree owner whose tree included Art. Miraculously, he wrote me back immediately—in real time. Over the next couple of hours, we wrote back and forth through Ancestry’s personal messaging system. The truth of my unknown great-grandparents names emerged quickly. Here’s our exchange (I’m calling the Ancestry member “AM”):

Me: No, the two boys Art and Aaron were not sons of that couple at all, but foundlings or foster children.  The mystery I am tying to solve is who are their biological parents and why my grandfather Aaron ended up with the Hinton family instead. It is told that when my grandfather’s foster father Alfred Hinton died, his foster mother Eva Hinton tried to introduce him to his birth mother who had the last name “McCullough.”

AM: Is it possible that the last name was “McCollem” instead of “McCullough”? I ask because there was a birth listed in The Indianapolis News newspaper on December 10, 1904, for a boy born to “Marshall and Mary McCollem, 606 Coffee St. Marshall McCollem married Mary Logan on Oct. 10, 1904. Mary’s sister Eva Logan married Bernie Kunkle. So is it possible that Aaron (born Dec. 9, 1904) was Eva (Logan) Kunkle’s nephew?

Me: YES! Yes, that is possible! And I can see how my grandfather would have remembered “McCollem” as “McCullough.” And Mary Logan and Eva Logan were sisters? This makes perfect sense, thank you so much! But why would Eva give her nephew to Alfred and Eva Hinton, but keep Art? How did my grandfather end up with the Hintons in St. Louis?

AM: Earlier you said the mystery that you are trying to solve is the identity of the biological parents and how your grandfather came to live with the Hintons. I suspect it is because Eva F. (Logan) Kunkle married Alfred L. Hinton in St. Louis, Missouri, in July 1920. [AM emailed me a copy of the St. Louis Star’s notice that a marriage license had been granted to Alfred Hinton and Mrs. Eva Kunkle.] So Arthur stayed with Bernie Kunkle in Indianapolis, and Aaron went with with Eva F. Kunkle [who became Hinton] to St. Louis.

And now the mystery is solved. 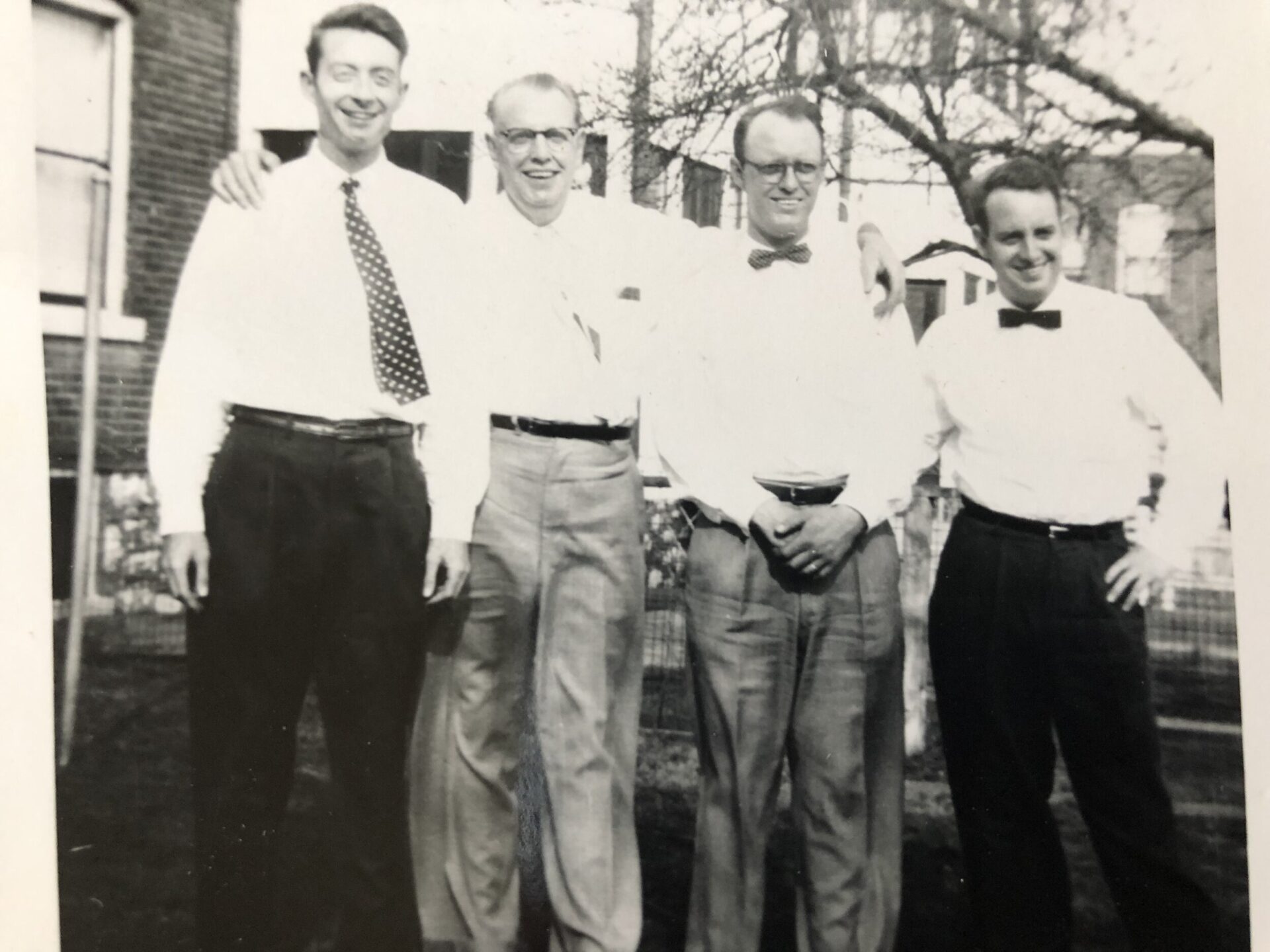 My grandfather’s birth parents were Indianapolis teenagers Mary Logan and Marshall McCollem. The two young people married three months before my grandfather was born. Subsequently the young husband left, moving to another state. During that time, Mary’s older sister Eva Logan Kunkle took her nephew Aaron (and possibly Art) into her home, raising them as her own sons.

In 1920 Eva Logan Kunkle divorced Bernie Kunkle and married Alfred Hinton. She moved to St. Louis with her nephew, Aaron. My grandpa was not left on the doorstep of a stranger. Instead he was raised by his loving aunt, though he never knew that.

This story is the reason the surname on my birth certificate is Hinton.

And this story is the reason my surname should have been McCollem. 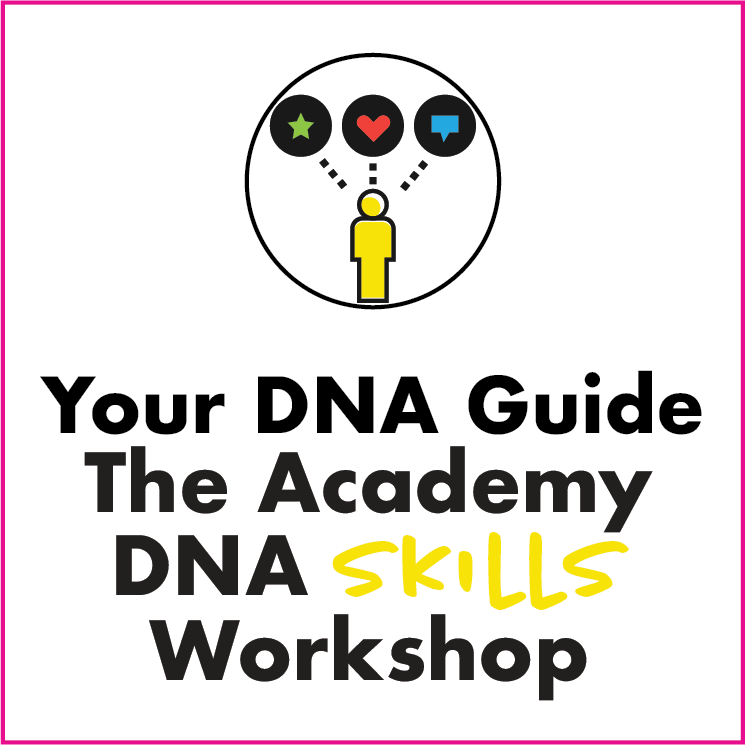 I’ve enrolled in the DNA Skills Workshop because now I want to find and get to know McCollem and Logan relatives. I need to use mine and my uncle’s autosomal DNA results to both verify the hypothesis of Marshall McCollem and Mary Logan being my great-grandparents and find and meet descendants of both to whom I am related. I also want to verify the story elements: that my uncle and I truly are DNA related to McCollem descendants and to Logan descendants. This stuff is fun!

Thank you for sharing your story, Pamela! We appreciate you contributing to our growing series of DNA testing stories.

Wish you could fill in an empty space on your family tree? Get our free downloadable guide to next steps for your DNA testing experience.