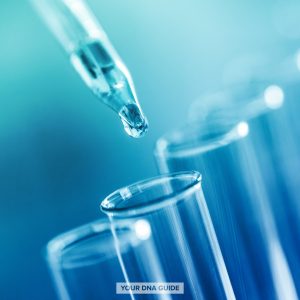 I don’t think there is any dispute that the four major online resources for genealogy include Ancestry.com, FamilySearch, Findmypast, and MyHeritage. Of those four, only Ancestry.com has attempted any real integration of DNA test results into traditional genealogy.

That is, until recently. On May 19, 2016, MyHeritage announced that they will be adding a DNA matching service to their offering, and then on November 7th announced they would be conducting DNA tests themselves.

Now, MyHeritage has enjoyed partnerships with 23andMe and Family Tree DNA for quite some time now, but those partnerships have been woefully underutilized and are little more than an affiliate service, where MyHeritage provides a discounted rate to test at those companies.

There is no question that the launch of MyHeritage fully into the genetic genealogy market is exciting news. In fact, it is something I have been pushing for. We absolutely need someone to challenge AncestryDNA. Competition is good.

In September they began to provide matching results for individuals who had uploaded their results. As of today, uploading your results is still free, so if you have been thinking about it, you may want to take advantage sooner rather than later. As expected, the matches are only as good as the depth of the database, and it is early in the game, so their database is small, but even now we can get an idea of what to expect from MyHeritage as they take their first steps into genetic genealogy.

One of the most exciting elements of their November 7th announcement is their development of a Founder Population project where they have handpicked individuals to represent their reference population for calculating ethnicities. They plan to launch with 25 population groups, but will likely increase to 100 in a fairly short amount of time. This is a far more advanced ethnicity report than is currently offered anywhere else.

After you have downloaded your raw data from your testing company, then uploaded it to MyHeritage, and waited the requisite time to process, you will receive a notice that you have new DNA matches. Here’s a full review of the features and ins and outs of where to click and what to look at for DNA matches at MyHeritage.

As for my favorite features, I like how they list all the possible relationships that make sense between you and your match, taking into account multiple factors like your age, gender, and your genetics instead of a simple, generic range like 2nd-4th cousins. The accompanying chart that visually shows you all possible relationships is also very helpful. You can access it by clicking on the little question mark icon next to the relationship suggestions.

I also like that these suggestions remind us that our genetic relationships have different genealogical interpretations. Meaning that genetically, a 2nd cousin once removed, a first cousin twice removed, and a second cousin, all fall within a similar genetic range and it is impossible to determine your exact relationship based on the genetics alone.

One unique claim made by MyHeritage in their press release about their matching feature addresses a main concern that genetic genealogists have: the lack of pedigree information provided by their matches. MyHeritage claims that 95% of their DNA samples have pedigrees attached. That is remarkable! However, from my own matches, the number with pedigrees is more like 60%.

They also indicated that they will soon be doing a bit of pedigree analysis for you by providing a list of shared surnames and locations between you and your match based on the pedigrees you have both submitted. This will certainly be a welcome addition.

They haven’t decided yet whether the ethnicity features will be available to those who only transfer, and they hint at many more features they have in the works that may only be offered to those who purchase their test.

In short, the MyHeritage site is currently functioning much like the top three genetic genealogy sites (Ancestry, Family Tree DNA, and 23andMe). Like the free tool GEDmatch, it also offers a meeting place for those who have been tested at one company to meet those who have tested at another, with the added bonus of a promise of new features on the horizon.

UPDATE! MyHeritage DNA has come a long way since I initially wrote this. It’s come so far that I’ve even created a MyHeritage DNA quick reference guide to help you get the most out of testing (or uploading your DNA) there. Check it out!

Originally published on May 2016 on genealogygems.com.