Since the launch of the autosomal DNA test, we have seen an incredible increase in the specificity of DNA ethnicity origins reports. 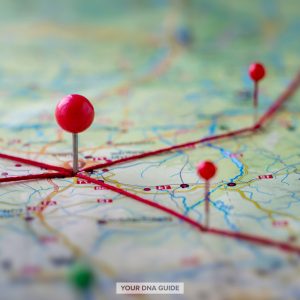 In the 11 years since the launch of the autosomal DNA test, we have seen an incredible increase in the specificity of our origins reports. In 2007, 23andMe was breaking down your heritage into three main categories: Europe, Asia, and Africa. Now 11 years later, after several revisions, they have released a new update expanding their origins product from 31 categories to 150! That’s an increase in specificity of 4,900%!!!! All companies are moving in this same direction, with AncestryDNA releasing a small update in April of 2018, to try to provide more detail to the story of your ancestral heritage.

We know this spike in specificity is imminent, not only from the changes at our testing companies, but also by monitoring reports from academia. For example, in December of 2017, there was a study released by the Royal College of Surgeons in Ireland working with the Genealogical Society of Ireland. The study details a component that is especially important to genealogists: time. While it might be interesting to know that you had an ancestor who once walked the moors, it would be even more valuable to know when he was there.

In this study, they can see both the current genetic clusters in Ireland (they report 10) but also measure how genetically similar those clusters are to other places. That means we can not only tell you where you are from in Ireland, but also where you were before that. It’s a bit like the sticker you see on the fruit at the grocery store. Right now it is in your store, but the sticker tells you where it was before that.

Sticking with the Irish theme, we see that AncestryDNA places Ireland in a region with Scotland and Wales. This large region is then broken up into four sub-regions, each with its own sub-regions, for a total of 24 different Irish categories. You can view this image by clicking on See all 150+ regions at the bottom of the ethnicity window. 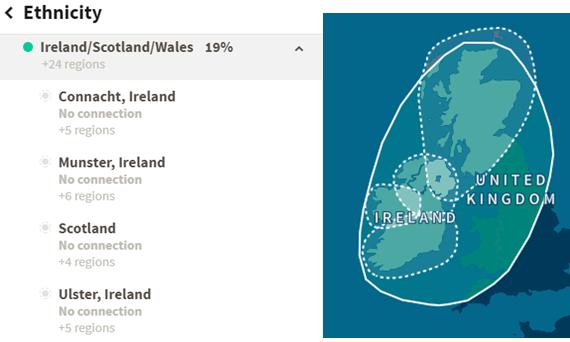 Much like the study from academia in Ireland, we can track these Irish groups through time using the tools at AncestryDNA.  Essentially, if you find yourself in any of the sub-regions, then you know that your connection to that particular place was likely within a genealogical timeframe, ie the last 300 years. But if you do not yet find yourself in a subgroup, but if as is show here you see simply no connection to these sub-regions, it either means your connection to Ireland is farther back than 300ish years, or that the sub-region you are from has not yet been defined.

Currently Living DNA has the most specificity in the UK, as they can distinguish between 21 regions in England, Wales, Ireland and Scotland. Here’s how the level of detail compares in a British Isles ethnicity origin at AncestryDNA (left), Living DNA (center) and MyHeritage DNA (right): see how much more detailed Living DNA is for the British Isles?

Living DNA has announced similar regional projects in other countries, including Germany.

But even with this specificity, it can still be tricky to make genealogical connections between your maps and your family tree. In the coming months and years, even that will change. As the databases get bigger, it will be the connections between people who are tested that will add to the layer of genealogy specificity that we are missing. It will be less about if you have a specific piece of DNA tagging you as from Cork, Ireland, and more about the fact that your DNA connects to you to an entire group of people who have documented ancestors from Cork. This may seem like a small distinction, but it makes all the difference, and is the driving principle behind AncestryDNA’s Migrations tool, and what Living DNA is hinting at as well. 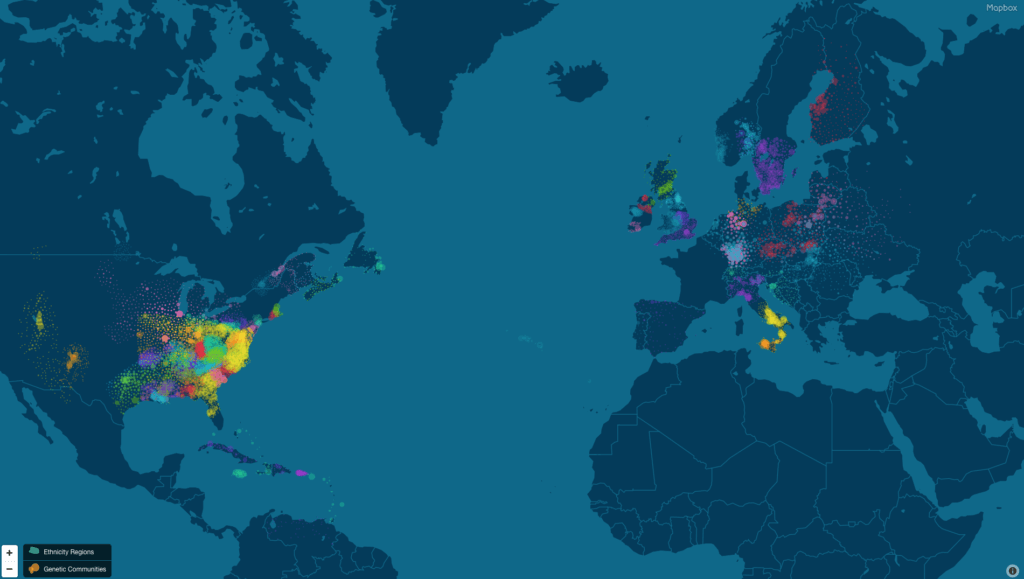 So, what will the future hold? Nobody has all the answers, and that is part of the fun of it. But one thing I am certain of: the future does hold more specific answers to our genetic genealogy questions.

Read here about the launch of AncestryDNA’s Genetic Communities and Migrations tool and the ground-breaking medical journal article behind it.

Keep on learning about your DNA ethnicity

Originally published May 2018 on genealogygems.com.